Ca Na-Sleeping Princess is fortunate to be granted such a favorable location, which is on the trans-Vietnam railway, right on the 1A Highway, and around 200km east of Ho Chi Minh City. It stretches as far as 10km with blue sky and purely green water. Ca Na is attractive to tourists not only for the mentioned charm, but also the ideally pure and cool weather all the year round. If staying here overnight, you will deeply feel the Ca Na night’s delicate harmony

Legend about the name
A legend tells that in the past, under Nguyen dynasty, there were a King and a queen who went swimming here, and found it a rare magnificent charm in the region. They then named it “Nang Tien Ca” (translated as “Mermaid”). Ca Na is the name in Cham language, and exists until these days. For the other beautiful way of calling, “Sleeping Princess”, the reason is very simple; the beach still remains wild, even most pristine as compared to others in Vietnam, and more importantly, it does look graceful and fascinating! 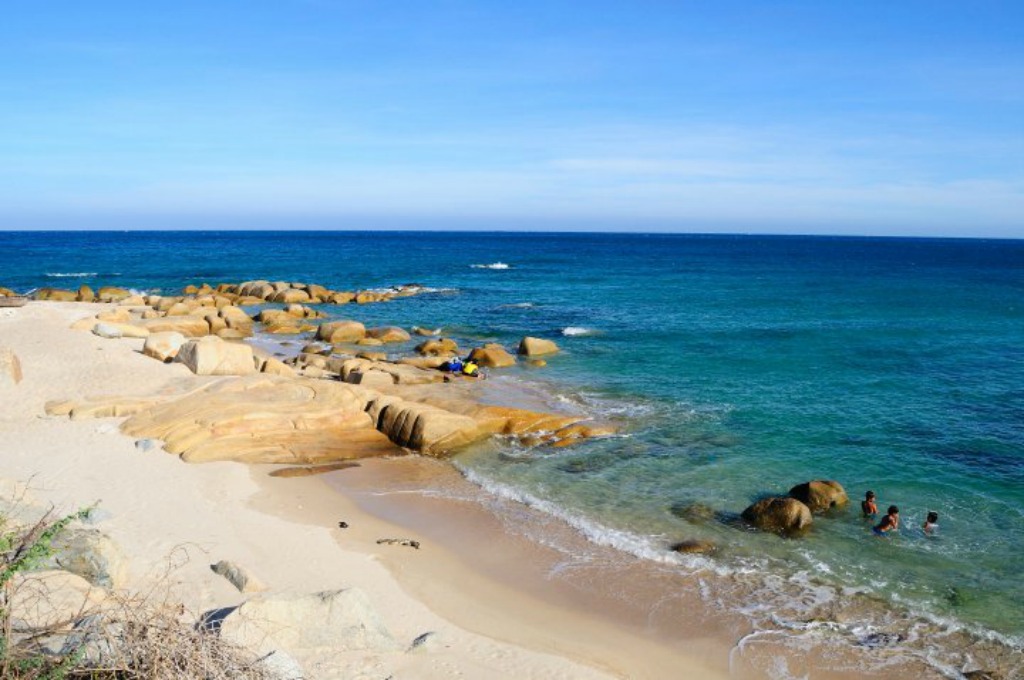 What to see and do in Ca Na

This place is in a combination of ecotourism, cultural tourism and food tourism. Since there haven't been many people coming here, Ca Na is still able to keep the clean and blue sea, covered by chalk-white sand and mountains behind. The cool atmosphere and tender wind would make tourists feel relaxed after hard-working hours. For those who are romantic, walking on the beach during night time, enjoying the cool wind and listening to the harmonic song created by the mixture of wind and waves are truly ideal.

There are still Cham people living near the area of Ca Na beach so the heritages are well preserved. Near Ca Na, there are loads of pagodas such as Chua Lac Son Pagoda looks down over the beach and sea and it is certainly worth climbing up there to watch the sunset after a day lying on the beach and taking the odd swim to cool off. Tourists can learn a lot about the history of Champa Kingdom and Cham culture.

After a few hours of soaking yourself in the sea, it's time for meals. A lot of kinds of seafood here is unique, diverse and of course, really tasty. Also, some of them maybe not familiar to many tourists.