If you really “have a thing” for historical travelling, then there is no other reason not to visit one of the most resourceful complex in Hanoi – Ho Chi Minh Mausoleum & Museum

It is the final resting place of Ho Chi Minh – the most iconic leader of Vietnam. The complex is not just an average attraction, it is actually a part of the famous history of Vietnam – the vendor for Vietnam Independence Declaration back in more than seventy years ago. 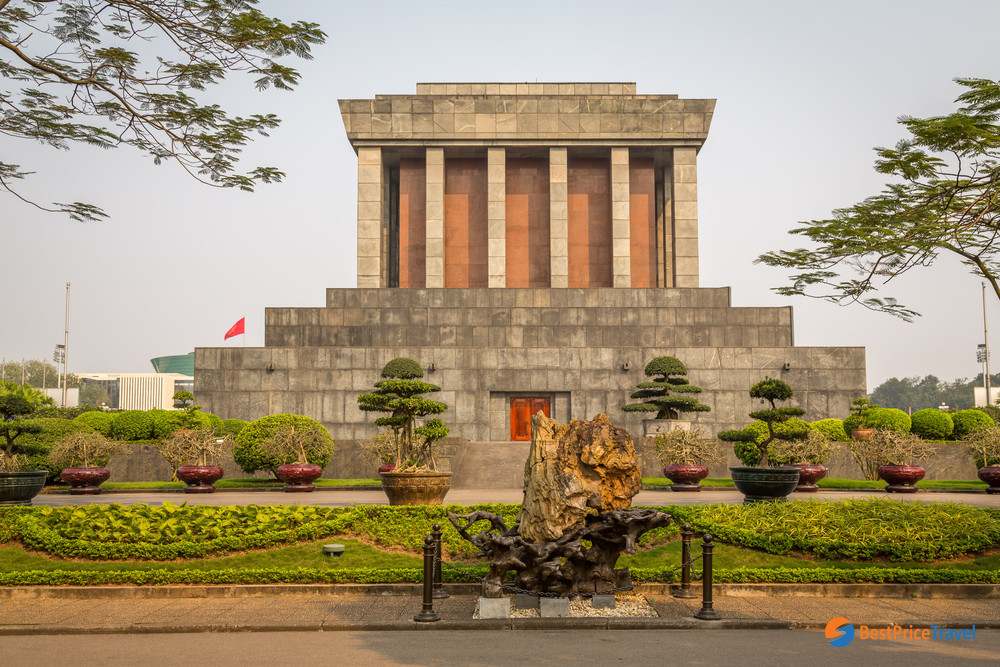 A trip to Ho Chi Minh Mausoleum can be an extraordinary experience not only for locals but also for foreign visitors. His body is preserved in a glass case. Modeled on Lenin’s mausoleum in Russia, the mausoleum was constructed in 1973 and first opened in 1975. Keeping Vietnamese greatest leader in the history, the mausoleum means a great deal to locals. In dim lights, the body of Ho Chi Minh lies in a glass case, wearing a Kaki costume with a pair of rubber sandals – his well-known simple outfits in the past. “Nothing is more precious than independence and freedom” –  Uncle Ho’s (as intimately called by Vietnamese) famous quote written in the spot.

Ho Chi Minh Museum is one great place for you to know more about Vietnam’s greatest leader ever. To celebrate his 100th birthday, the museum was opened on September 2nd, 1990. The museum’s exhibits are showcased in 8 halls to the left of Ho Chi Minh’s biography. A recap of Uncle Ho’s life and his revolutionary cause is described throughout the exhibition. They also include Vietnamese’s implementation of the President’s testament, their life though struggles and victory under the great leadership. Some world’s major history events since the late 19th century is added too. 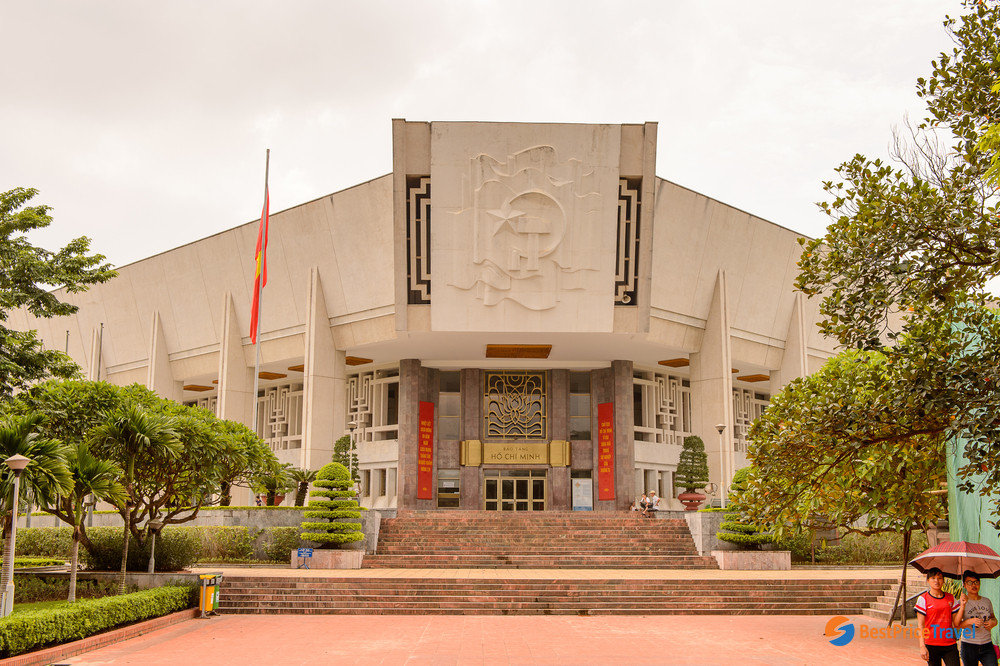 Before going to visit the complex, it is suggested to check with the hotel tour desk for admission schedule. The mausoleum is closed yearly for maintainance. Admission is free but donations are accepted. Respectfulness is everything they ask from vistors. So there is no shorts, mini-skirts,or sleeveless shirt is allowed inside the mausoleum. Visitors also need to deposit bags and cameras for security reason.

Ho Chi Minh Mausoleum & Museum is located in Ba Dinh Square – where former President Ho Chi Minh read the Independence Declaration of Vietnam on September 2nd, 1945. Since the very special occasion, the image of Uncle Ho standing in front of Ba Dinh Square declaring the establishment of the Democratic Republic of Vietnam has been marked in generations of Vietnamese. Ba Dinh means three communual houses, which refers to a village originally located in Thanh Hoa province. Located bout 170 km from Hanoi, the village was where the first resistance against the French colonialists of Vietnam occured. To remind people of the brave history, Vietnamese government named the most historical disrict of Hanoi after the village after Hanoi got freedom. At present days, Ba Dinh Square is like a peaceful wide green park. This is locals’ favorite place for a morning exercise or a good walk around at night. 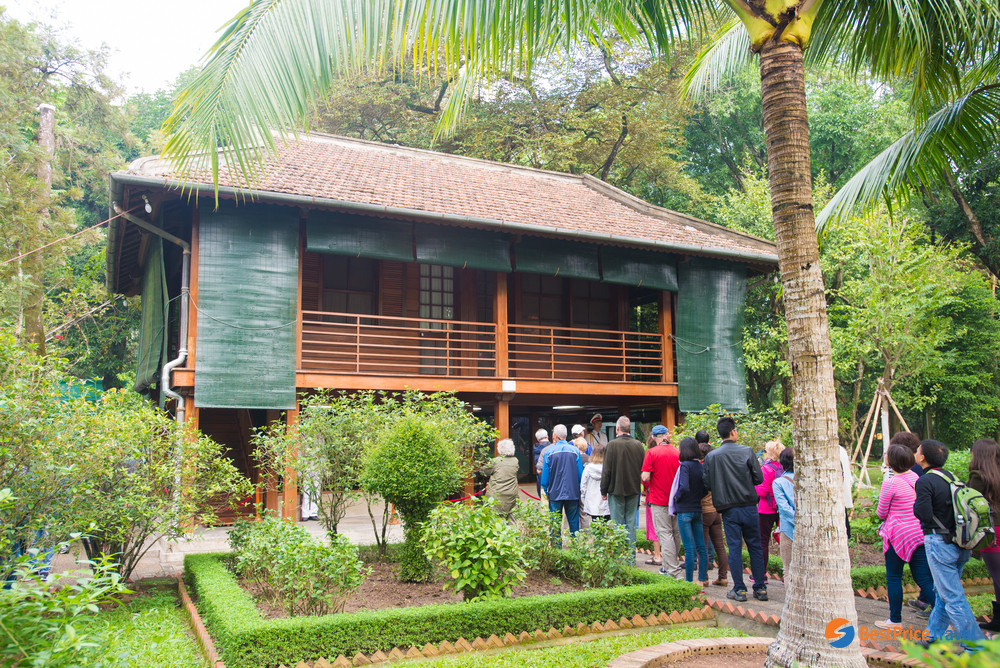 The complex is located in Hanoi center, hence, there are multi ways for you to get there, mostly by rides (car, motorbikes or bus). It is recommended to travel by bus routes for travellers. Take bus No. 09 (direction from Hoan Kiem Lake – Cau Giay – Bo Ho). Stopping at 91-93 Le Hong Phong street, you can walk to the Mausoleum through Ngoc Ha conveniently. There are also tour guides who can provide travellers with interesting information during your historical visit, just contact your hotel’s tour desk or agents.

Discover this complex with our tour here