The That Dam, also called the Black Stupa, is known as the oldest historical monument situated in the middle of a roundabout near the Talat Sao, Vientiane.

According to local people, a seven-headed serpent, the Naga from Buddhist mythology, lived here to protect Vientiane’s inhabitants from the Siamese invasion in 1827.

Originally, the stupa was covered head to toe in pure gold in around the 16th century. However, due to the destruction of the Empire of Siam, the looters took away the golden plates and left only the brick structure. Without any protective cover, bricks and stones have been blackened, which made the That Dam popularly known with the name of the Black Stupa. 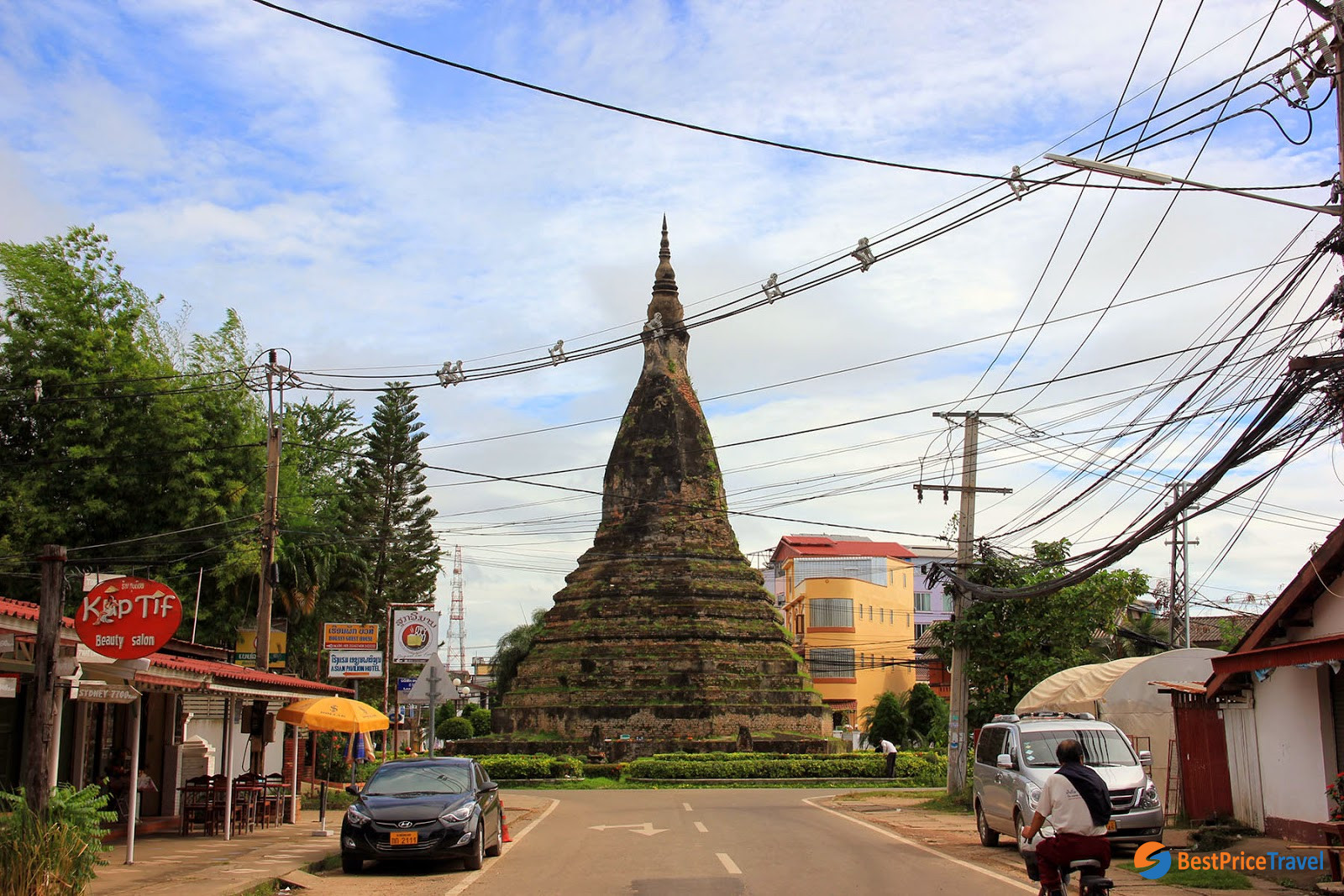 The surrounding area around That Dam

Thanks to the sanctity in the past, the Lao believes that the Naga is always there as the spirit guardian over the city. Although no worshippers come here to pray for peace or happiness, the Black Stupa is still considered as the most religious site in the heart of the capital Vientiane. This stupa must be a paradise for believers and inquiring people to discover the legend, folklore and history about this magnificent and charming place. 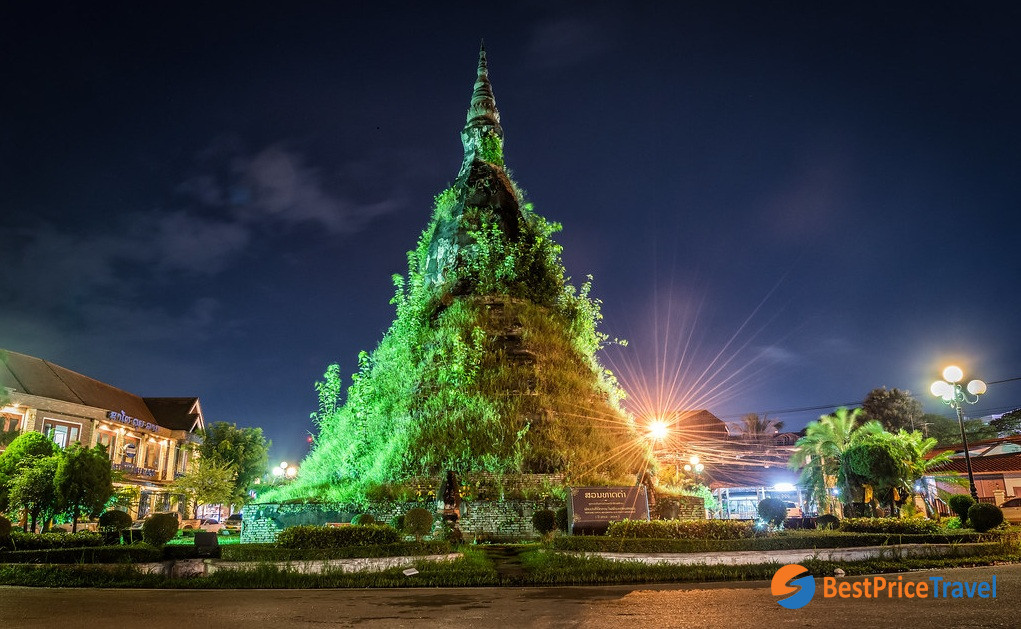 The Black Stupa at night

Located right in the center (next to the American Embassy in Vientiane), there are numerous ways to get the That Dam. If visitors want to enjoy the landscape and atmosphere, the best option is going for a walk. Additionally, renting a bike to tour the city and pass through That Dam is also amazing. Noticeably, those who go by car or tuk-tuk cannot access to the street of the Embassy, but it is possible to cross walking.

This place is free and open access for everyone. Despite opening 24 hours a day and 7 days a week, tourists should visit the Black Stupa during daylight hours.