Da Nang City not only owns many attractive beaches and attractive tourist attractions but is also known as the "city of bridges" with many famous and beautiful bridges, of which Tran Thi Ly Bridge is a bridge that has a unique architecture with shimmering beauty attracts many tourists coming to admire.

Tran Thi Ly Bridge was originally a railway bridge, during the French colonial period, it was called “De Lattre de Tassigny”. After 1975, this bridge was named Tran Thi Ly Bridge, named after revolutionary activist Tran Thi Ly, who has an indomitable spirit, did not surrender to the enemy and admirable bravery in the two wars against France and the United States to save the country. Tran Thi Ly Bridge was rebuilt from 2009 to 2013 to become the first cable-stayed suspension bridge in Vietnam. Tran Thi Ly Bridge is over 700m long connecting the two banks of the Han River. 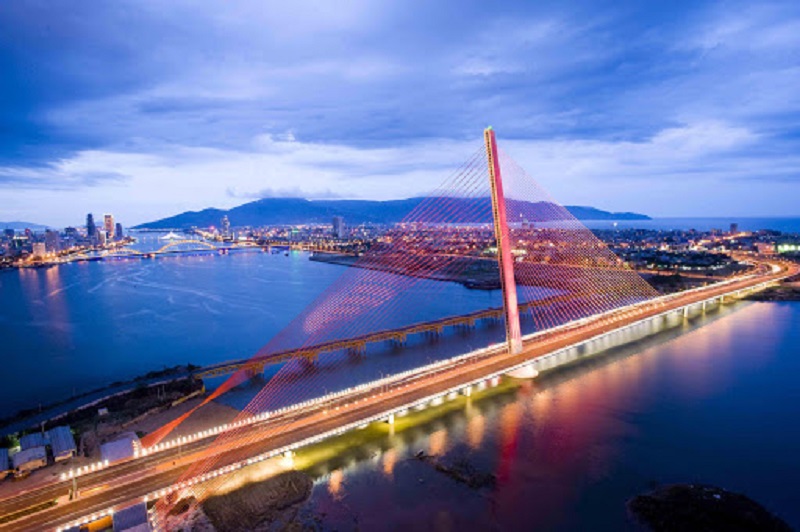 Tran Thi Ly Bridge uses a 3-way cable-stayed system with tilted cable-stayed pillars to create a fancy bridge combined with a leaning tower of up to 145m above the sea surface and resembling the image of a sail stretching from the Han River to the East Sea. This creative design created a unique and unique artistic architecture for the bridge.
With a soft, elegant, and feminine beauty but no less unique, modern, Tran Thi Ly Bridge has become an attractive destination for many tourists to admire and take photos, save memorable memories every time travel to Da Nang. And more than the beautiful architecture of the city, Tran Thi Ly Bridge is also the pride of Da Nang people for their hard-working and great creativity. Tran Thi Ly Bridge creates a unique architectural highlight, connecting Hai Chau, Son Tra, and Ngu Hanh Son districts, contributing to improving traffic capacity at the eastern gateway of Da Nang. 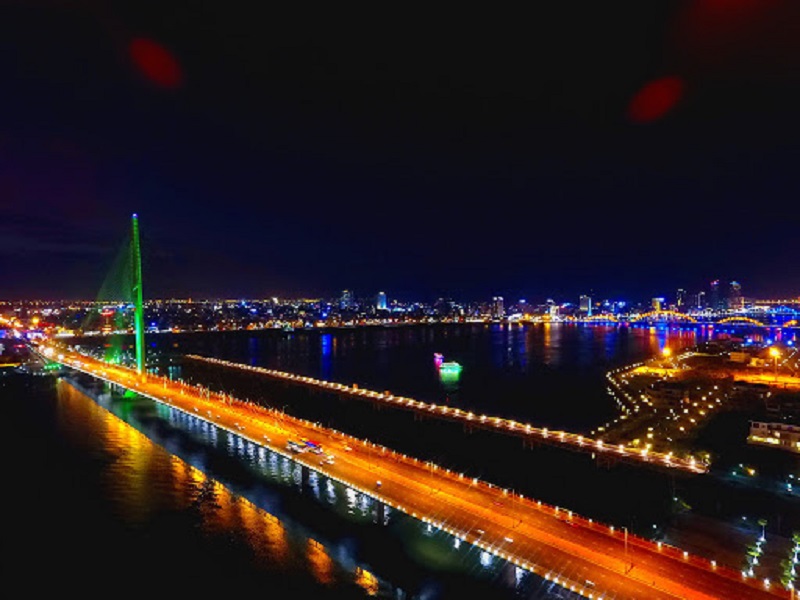 Da Nang - The city of bridges

Tran Thi Ly Bridge looks from afar like a wind sailed reaching out to the sea. Coming to this beautiful coastal city, less than 10 minutes from Da Nang International Airport, tourists are able to receive the salty sea breeze, the white sand, and immersed in the blue sea waves on My Khe beach - one of the most attractive beaches on the planet voted by Forbes (USA).