Known as the world heritage, Vat Phou Complex Temple is a  sacred temple, which is nearly 10 centuries old. This temple is located on Elephant Mountain (Phou Kao) in Champasak province, Laos. 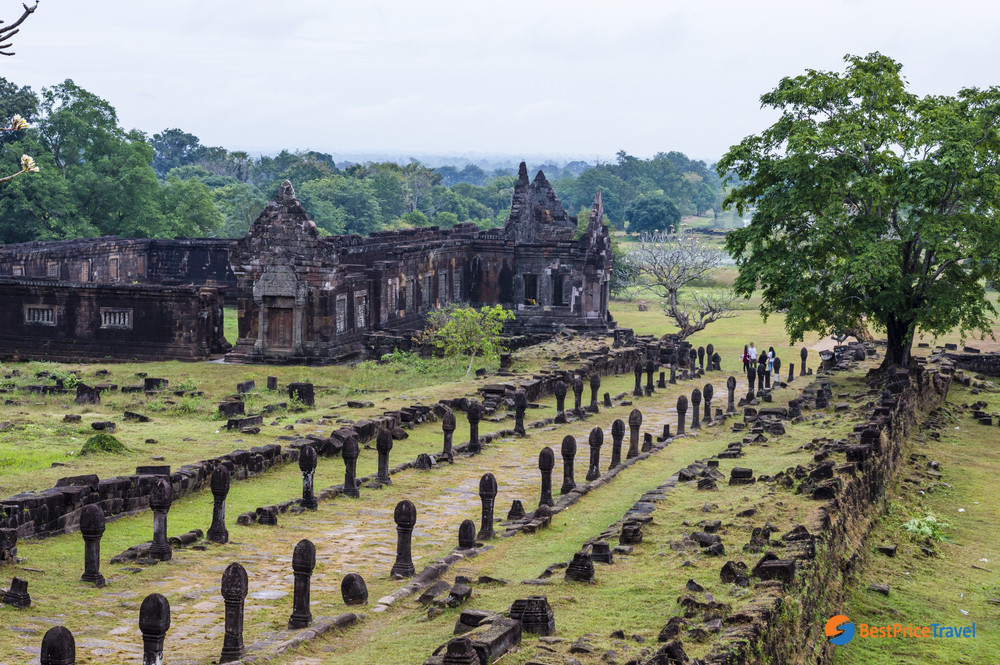 “Vat Phou" is meaning the temple on the cliff, it is placed in the foot of a mountain and has a view to Mekong River. Tourists will be attracted by the architecture remained on this Khmer complex temple, such as: pillars, statues, yards, walls, etc. Vat Phou is considered one of the oldest archaeological sites in Laos. The temple in the area was built around the 5th century but most of the buildings found in this complex are from 11th to 13th century.

Like other famous Khmer architecture in Southeast Asia, the temple is built of sandstone, laterite and brick. There are some highlight sculptures such as: Indra, Hindu War God, Nature God riding a three-headed elephant and Vishnu God riding on an eagle. 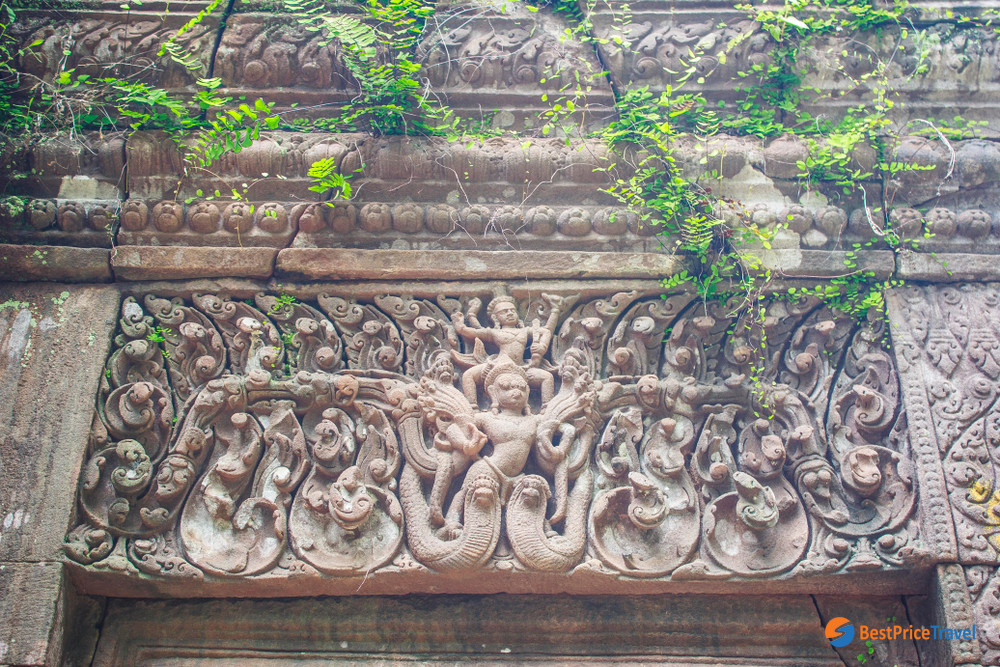 Vat Phou was a temple with many positive influences for the belief of Buddhist religion for a long time, during the period when Buddhism replaced Hinduism in Laos in the mid-13th century. From the entrance of Vat Phou, tourists who want to reach the main temple will have to go through a long path with Linga-shaped pillars. This stype of architecture is very familiar, it is similar to the decoration in two temples in Angkor: Banteay Srey Temple and Preak Khan Temple.

Near the end of the way you will find two palaces located in the South - North, which are used to prepare costumes and offerings before going to the mountain to visit the temple. 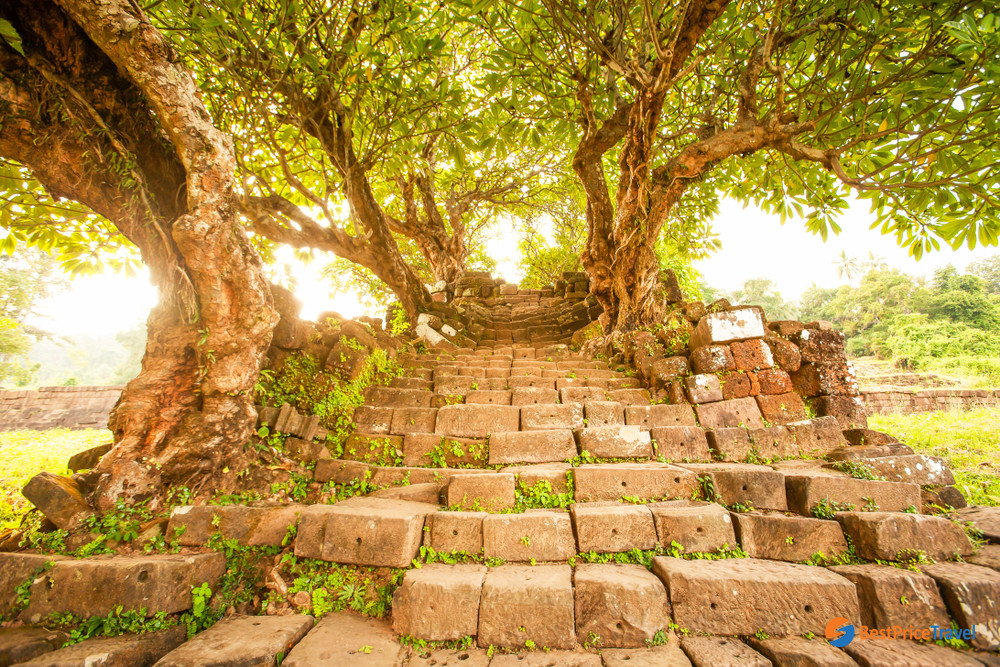 Behind the north palace there is a temple worshiping Nandin God. The temple is located on a road connecting Vat Phou Complex Temple and Angkor capital - the capital of the Khmer empire.

The architecture of Vat Phou is based on the East-West layout, with direction stones leading the way to the main shrine where the Buddha is worshiped.

Due to the decoration, arrangement of the mascots in the temple are the most impressive details that helped Vat Phou Complex Temple become a World Cultural Heritage recognized by UNESCO in 2011.

There is an altar in front of Vat Phou sanctuary that has four big Buddha statues. If you visit Vat Phou in February (in Lunar calendar), you will have a chance to experience the temple's biggest annual festival with many impressive ceremonies and activities during a week.

From Pakse, tourists can hire a tuk tuk to visit Vat Phou Complex Temple. It is 40 km away and will take you 1 hour to go there.