The Land of Million Elephants is known as the country of festivals. In Lao culture, at least 12 festivals must be held during a year at the temple or in the village. One of those is Rocket Festival which is organized in many villages in Laos.

Rocket Festival is also called as Bun Bangfai in Lao. It is held in June annually which aims to call the rain. Rocket Festival in Naxone is considered the biggest one compared to other places in Laos. Naxone is close to Vientiane so that it attracts a large number of people from Vientiane, neighbor villages and foreign tourists. In the past, Rocket Festival was also organized in Vientiane but now, urbanization with many high buildings, the festival are banned in this city to avoid danger of fire. 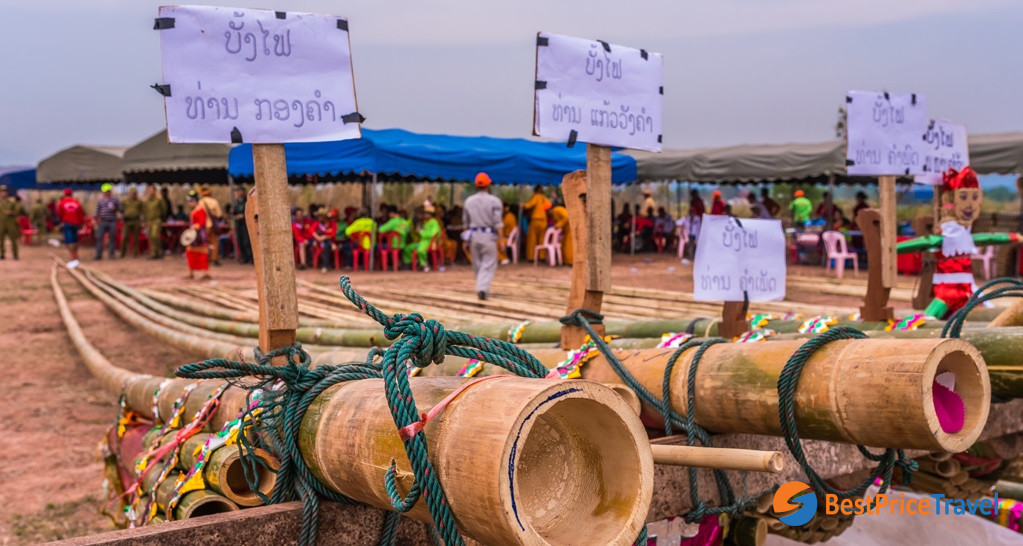 Rocket Festival is held in a field for camping. They will turn on the music all day, drinking beer, dancing and eating some specialty like roasted insect that sells for US $1 per dish. 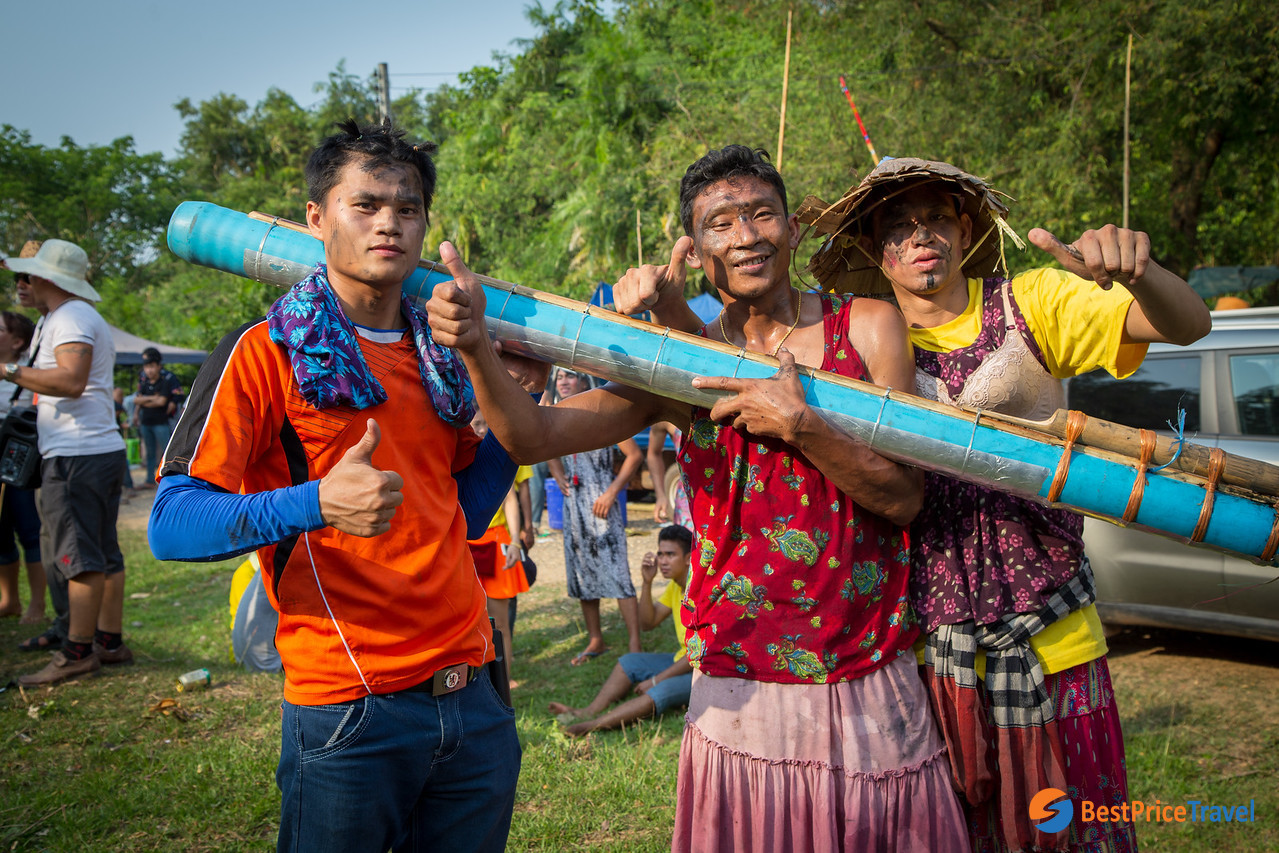 The main performance of the Festival

In the past, people activated the rocket by directly fire it, which was very dangerous and caused injury. Nowadays people use electricity to activate the rocket. It is made of colorful bamboo tube filled with roasted bat poop mixed with charcoal then brought around the village. The rocket costs more than thousands USD, only 2-3 rockets are launched during the festival. These rockets are often donated by the villagers or companies to pray for a wealthy year. Lao believed, the rocket in which village exploded and flew high, this village would be lucky. In this festival, people also offer meals to the monks and listen to preaching in the temple. 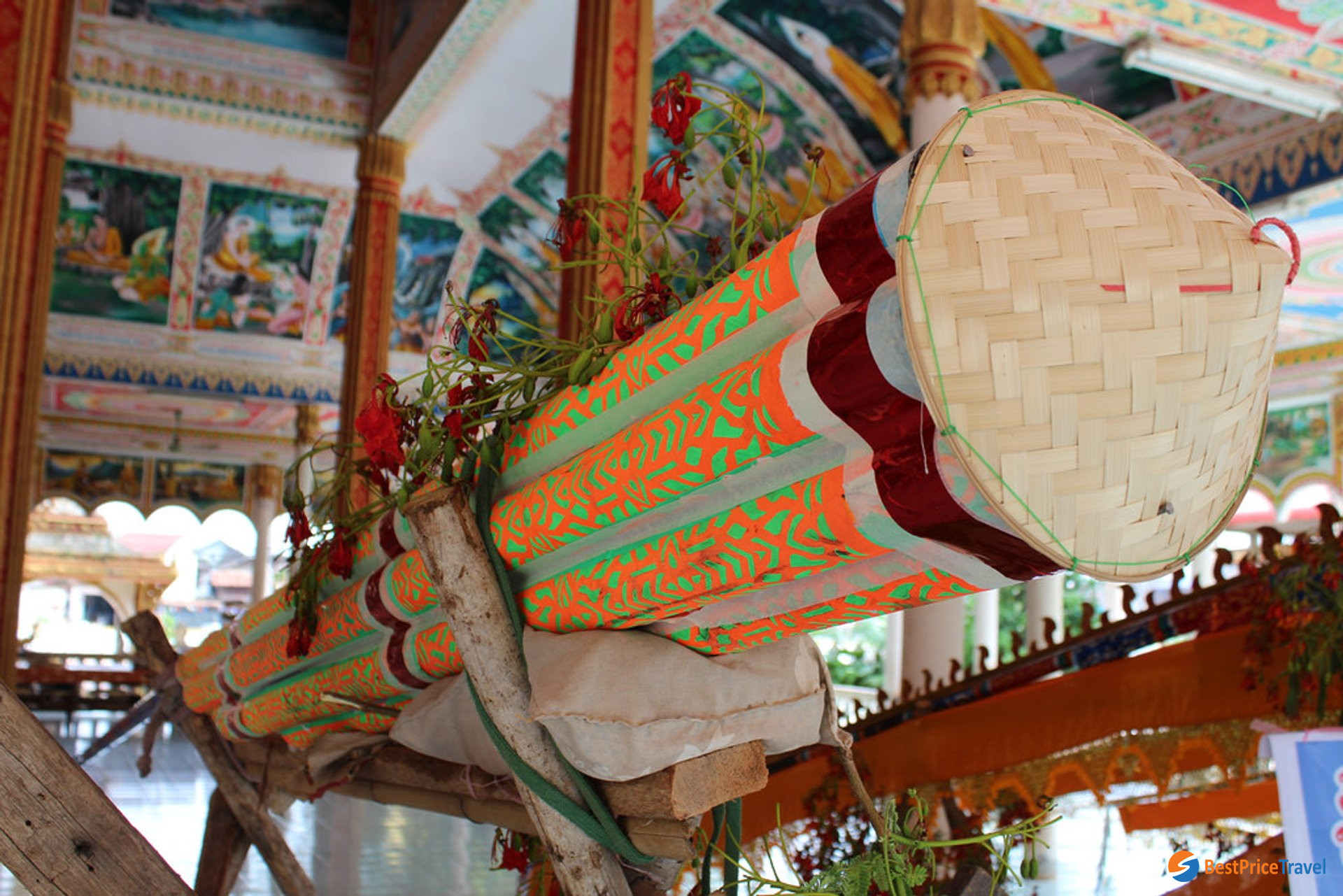 A Huge Rocket In The Festival

The unique of calling rain festival – Rocket Festival not only launches the rockets but also displays male and female puppets. It is a characteristic of Lao traditional culture, expressing the hope of good crops. The puppets are also brought around the village and performed in the corners of each house to chase away evil spirits. There are some similar puppets are displayed with music in the festival. This performance makes no one cannot help to laugh and many girls blushed.

If tourists have the opportunity to visit Laos, you should participate in Rocket Festival – launching rockets to call for rain will be an interesting experience in your trip. Come to the Land of Million Elephant and enjoy the interesting space of this unique festival!