Phong Nha Cave, also known as "Phong Nha-Ke Bang World Natural Heritage", is one of the most interesting tourist attraction site in Binh Thuan Province, distinguished by its magical and stunning beauty inside the cave. Located in the North of Vietnam, Phong Nha has four seasons with distinct weathers. Therefore, it is recommended to visit Phong Nha cave from February to August as the weather is id

Phong Nha - Ke Bang National Park is located in Bo Trach and Minh Hoa district, Quang Binh province, about 50 km northwest toward Dong Hoi city. Phong Nha - Ke Bang is a complex area of about 200,000 hectares (ha) of limestone karsts in Vietnam territory. In August 2013, the national park’s area was extended to around 1233 km2. This park was set up to protect one of the world's two largest karsts with about 300 caves and to preserve the northern Truong Son ecosystem in the North Central region of Vietnam. The main attraction of this national park is the limestone formation in 300 caves, underground rivers with many rare and precious species. The caves have a total length of more than 80 km but only 20 km has been explored, including 17 km in Phong Nha area and 3 km in Ke Bang area. So far, tourists can explore up to 1500 meters of the cave which includes some remarkable caves in Phong Nha cave system are Dark cave, Cha An cave, En cave, Tien cave and Palace cave. 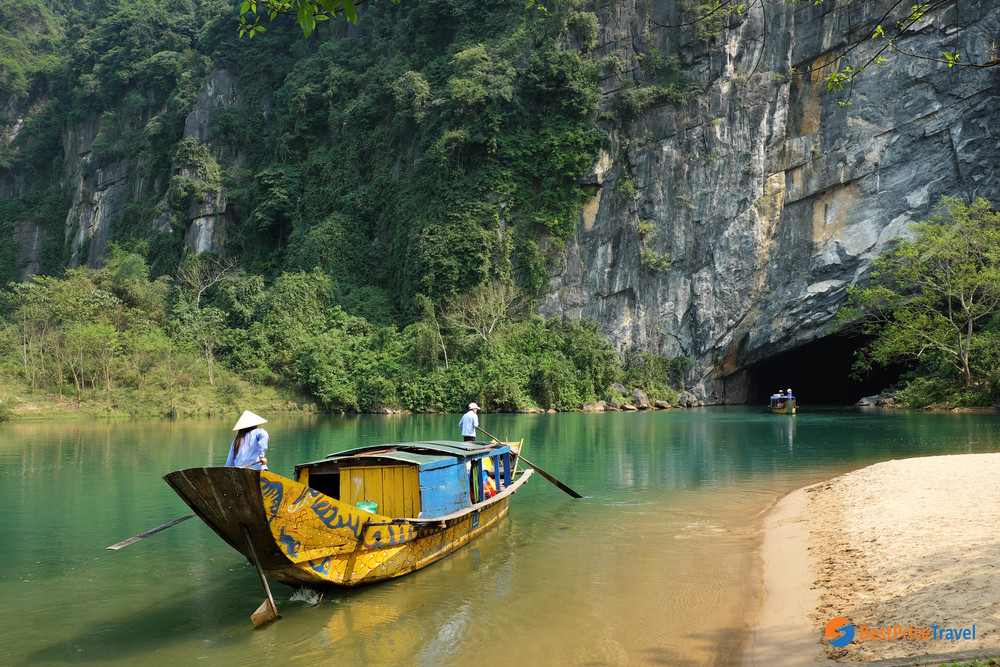 To visit Phong Nha cave, tourists will start the tour from Dong Hoi City (Quang Binh Province) to Phan Dinh Phung Street, along Ho Chi Minh Road to Phong Nha. From here, tourists can travel by boats through Son River to the Phong Nha cave and start to enjoy the stunning view from here. Son River is about 35 – 40 meters wide enlightened with the crystal - clear water. Although having a clear blue color, the river took its name from a phenomenon in rainy season where rain water washedd off the soils from the higher grounds to the river, giving it a crimson red color (Son). Another legend is told that a God from heaven came to visit this place and felt in love with it. He taught people how to cultivate and make a living there. One day the serious drought occurred which urged him to sneak in Heaven and bring the people there a magic stream of water – the Son River. The dreamlike view of river is peaceful and calm with light breezes and sunshine that make people feel relaxed and comfortable. However, the fascinating site truly begins upon the arrival at the cave. When entering the cave, tourists will be stunned by the magical and majestic landscapes inside. The cave is naturally shaped by the forces of running water and the formation of limestone stalactites and stalagmites with various sizes and shapes, which easily triggers the imagination of tourists about many fairy tales and legends. Along 600 meters of the cave, the combination of peace in Phong Nha cave, the magical shapes of the limestones, the cool atmosphere and the light system installed in the cave will surely deliver a breathtaking experience for visitors. 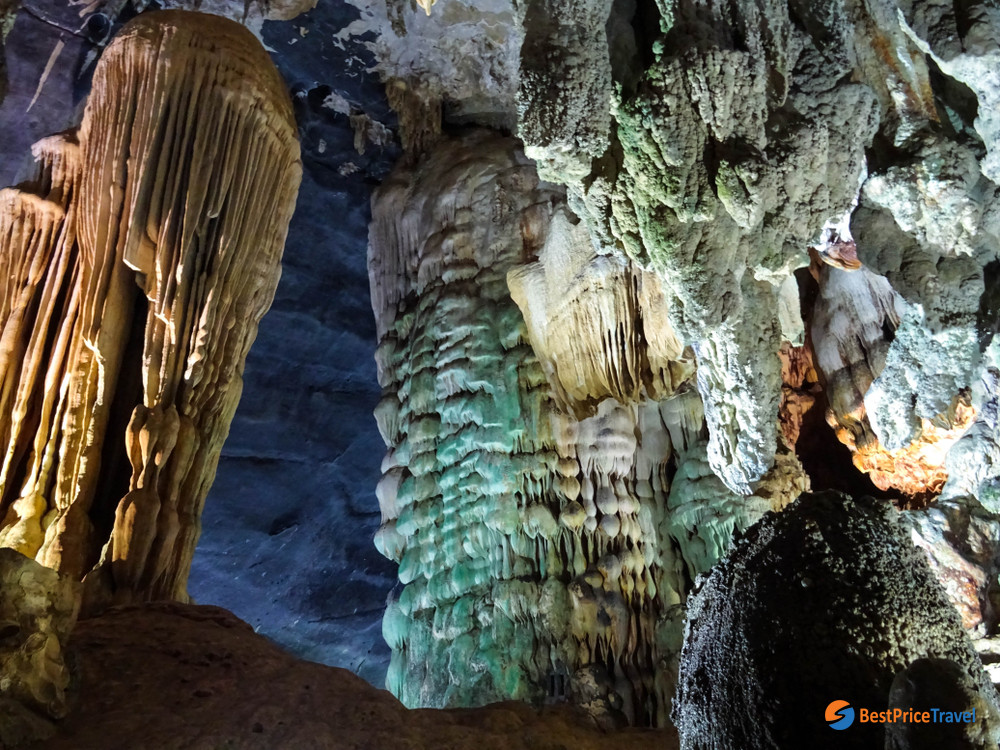 Following to Tien cave (Fairy cave) and Cung Dinh cave (Palace cave), tourists will be impressed by a system of natural stalactites with the height over 20m. These are also two representative caves of series Phong Nha cave with the fascinating and spectacular stalactite system including thousands of natural masterpieces. For instance, there are images of fairy girls with long, shiny golden hair magically created on the walls of Tien cave. Moreover, Cung Dinh Cave has extremely sophisticated "carved" throne-like and harp-like stalactites which give its name as “Palace”. Interestingly, Phong Nha cave is believed to be named after its signature limestone stalactite system. “Phong” means Wind and “Nha” means Teeth (the stalactites and stalagmites). All together its name means “Winds blown through the teeth”. One more special thing is that there are also several sub-caves that tourists can enter deep in the cave to full discover and experience. 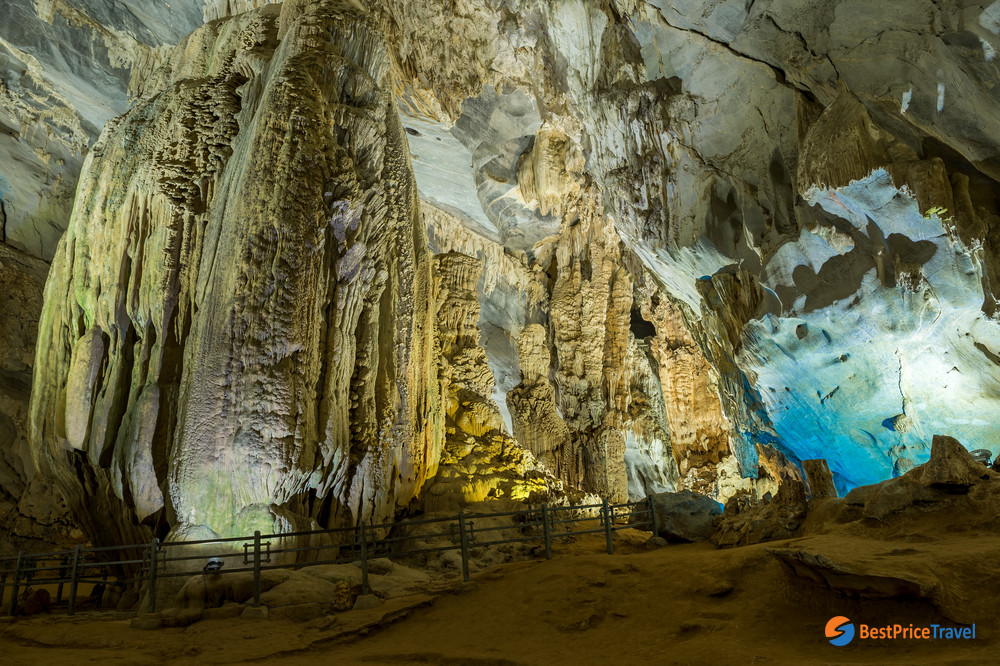