Filled with captivating natural beauty and the hospitality of locals, Vietnam has been one of the most  gravitative Southeast Asian tourist attractions. What makes Vietnam so tempting to tourists is the various forms of experience, from beautiful sandy beaches for peace-seekers to adventurous mountains for trekkers, from dynamic cities to transquil villages.

Hung Vuong was the founder of Vietnamese nation and the first king of Hung dynasty (2879-258 B.C.). During this early period, irrigation of rice fields through an elaborate system of canals and embakments, which somewhat impacts present Vietnamese culture.

After a few first Vietnam dynasties, in 111 B.C., Chinese conquered and colonized Vietnam for more than one thousand years. This period resulted in Chinese affected values, norms, moral compass in Vietnamese society.

In the 1800s, the French started to take over Vietnam and integrate more Western education, religion (first introducing Christanity) and economic development (exporting tobacco, indigo, tea and coffee). After an uprising by Vietnam nationalists in August 1945, Vietnam officially announced The Proclamation of Independence of the Democratic Republic of Vietnam on September 2nd, 1945. However, the Frend tempted to gain control back and started an invading war for eight years long. Despite Vietnam gaining independence after World War II, France still ruled the country until Northern Vietnamese soldiers forced South Vietnamese government – whom supported by the US, surrender on April 30, 1975. This was a turning point for Vietnam history, when the North and the South united and became Vietnam as it is today. 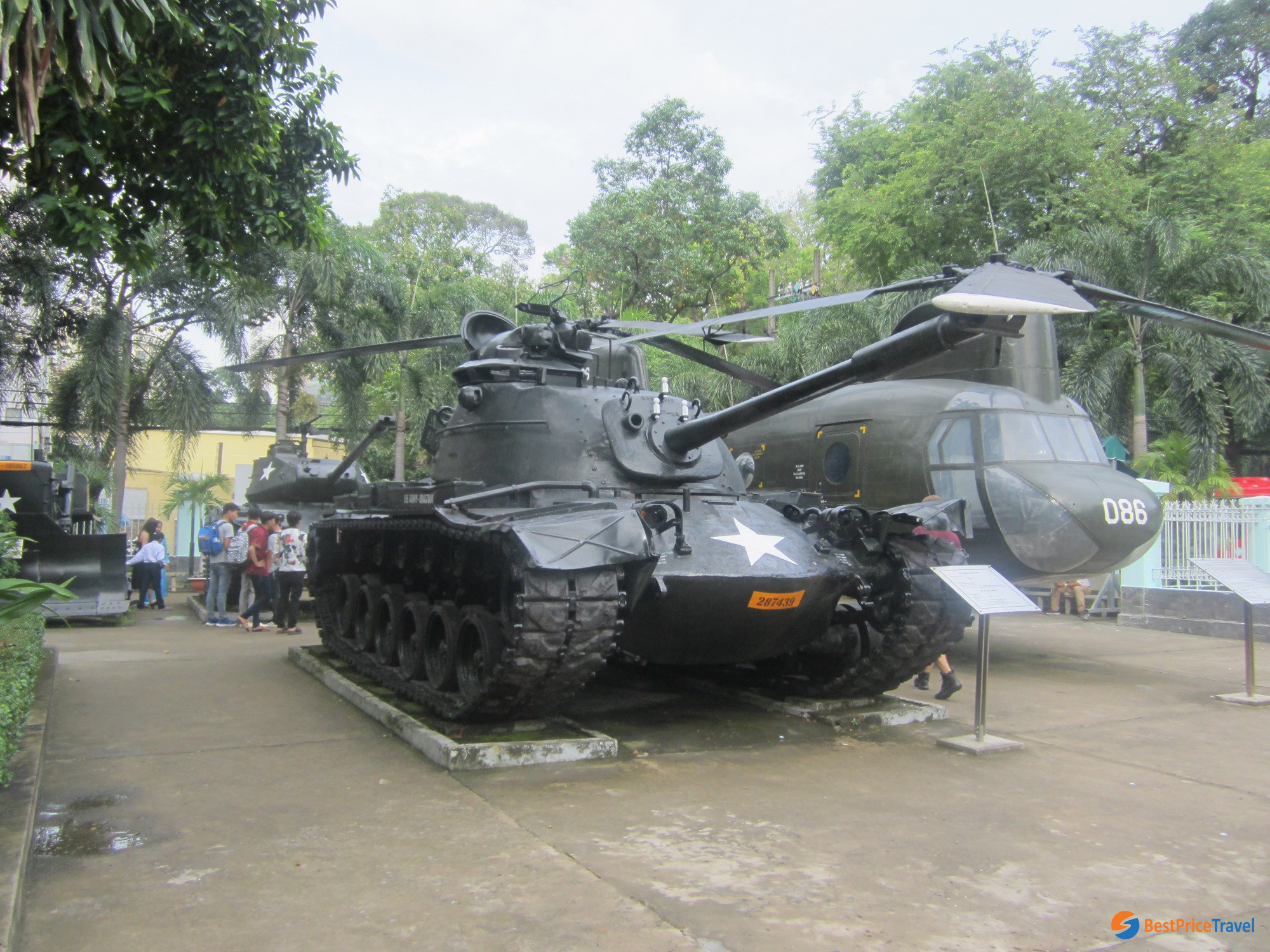 With a long, painful but bravery history through such wars, it would not be completed for tourists without visiting Vietnam historical sites. Wars resulted in many ‘creepy’ yet interesting historical points, from hand-dug tunnels to brutal prison complex. Here is a list of 4 most preserved historic ruins for tourists to explore:

Firstly built in 1940s during French colonial period, Cu Chi tunnels is a complex underground tunnel network for Vietnamese soldiers and locals. The thrilling tunnels with narrow space, darkness, and complex network design will surprise you, knowing the underground network was built only by farmers and soldiers to avoid enemies and war damage.

During the French colony, Hoa Loa Prison witnessed the incareration of the US pilots and many Vietnamese nationalist leaders. Regardless of restorations, Hoa Lo prison still offers tourists the sense of suffering, dark and ruthless torture with wax figurines.

Visiting the peaceful town with beautiful sandy beach, people would not believe when informed Con Dao is “the true hell on Earth” many  years ago. From tiger cages to separated cow shed, horrific scenes of fettered wax figurines will bring about thrilling yet sympathy feelings for the prisoners to tourists.

Constructed in 1804, the Hue Imperial Citadel was Vietnam’s last royal dynasty’s residence for 143 years. Including 148 buildings, the Citadel is a complex system of residence, courts, temples, and pagodas. However, under French rule and Vietnam War, only 20 buildings survived from severe damages. In 1993, UNESCO designated the Citadel as one points of the World Heritage List. Seek for more about Vietnam royal dynasty? Hue Imperial Citadel is exactly where you need to come.

Vietnam has 54 official ethnic groups, in which majority is Kinh/ Viet (ones you may have met the most as toursist). Thanks to the various races, Vietnamese culture is a spcecial mixed bowl with many flavors waiting for foreigners to taste. Vietnamese customs of weddings, funerals, holidays and rituals all are attached to village community rather than independent ideal. For example, in the earlier decades, marriages were not only due to lovers’ desire but also affordable to the families’ interest and demand, especially for the males.

As a multi-culture society, Vietnamese beliefs and religions are plentifull and prosperous. There are 37 religious organization and sects with over 24 millions believers, 83,000 officials, 250,000 dignitaries and 46 religious dignitary training schools and 25,000 worship places recognized by State of Vietnam. Currently, Vietnam religion consists of 6 major ones: Buddhism; Catholic; Protestantism; Muslim; Caodaism; and Hoa Hao Buddhism. Besides religion, Vietnamese also worship their ancestors at home to commemorate their origin and because they believe in life after death.

The rich history and various artistic manifestations of Vietnam are best reflected in its festival. If you visit Vietnam during any these periods, consider yourself lucky for a much more interesting trip compared to other times. You will love the Tet holiday spirit, when everyone indulge in rituals such as fireworks, visiting temples, giving away lucky money, decorating houses with beautiful flowers and fruits. Mid Autumn Festival (about miid September) is also a fun trip for your children, when kids carry paper lanterns across the town, colorful lion dances on the street and families enjoy Moon cake together under full moon sights. If you are looking for more adventurous festivals, highland areas might be a good place for you also. 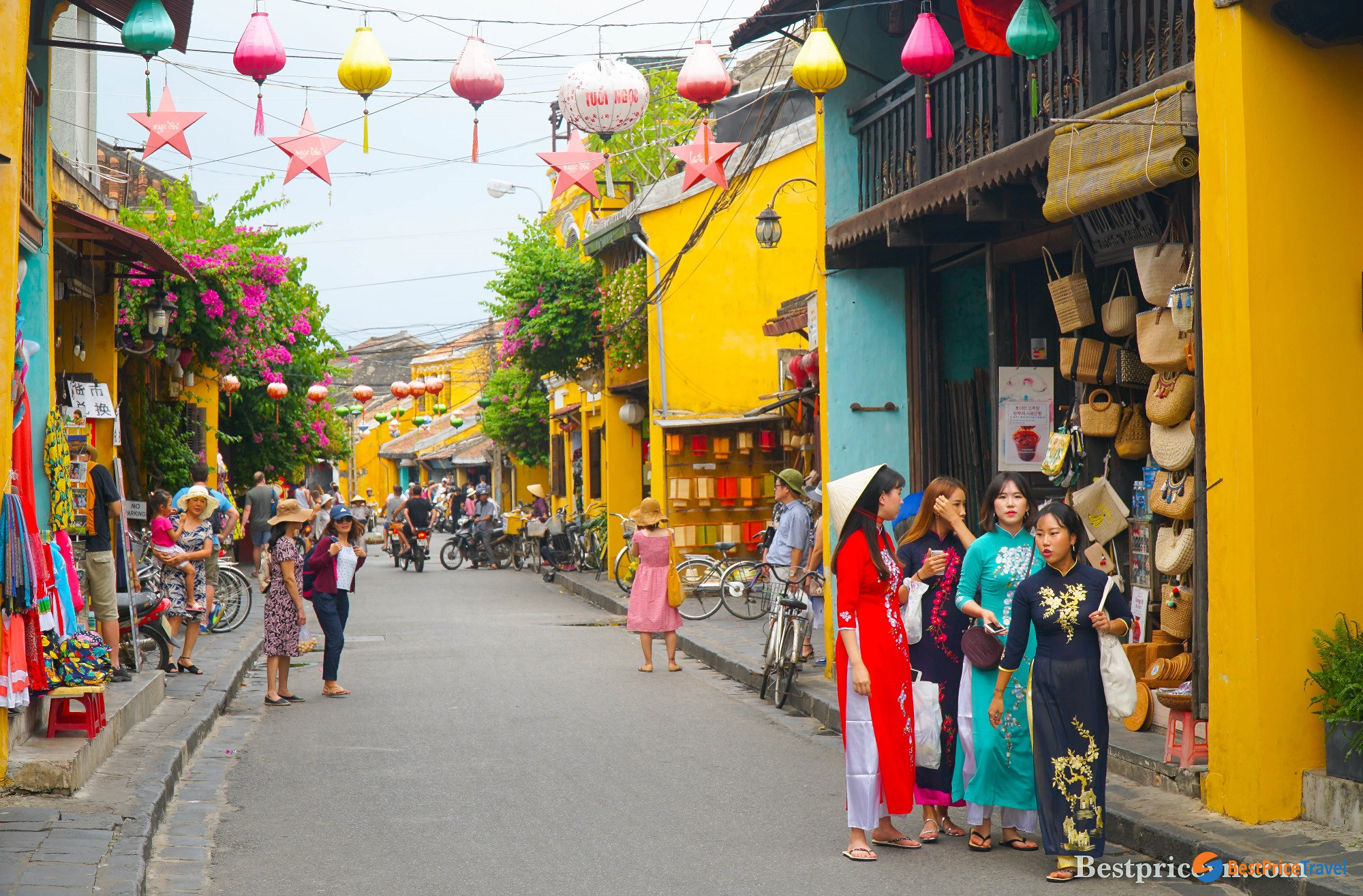 Season in Vietnam differs dramatically from North to South. There are 4 seasons in the North, with extreme coldness in Winter and Spring then coming extreme heat in Summer. Therefore, tourists usually prefer traveling to the North in Autumn for more comfortable weather.

On the other hand, the South seems to be more gentle with only 2 main seasons: rainy season and dry season. If you want to enjoy a beautiful sunny trip, remember to book your flight between April to September.

Having the most beautiful long beaches accross different cities, the middle area of Vietnam unfortunately often receives storms in rainy seasons. Therefore, it is better for travellers to be aware and check-in at the good times.

Read what is the best time to visit Vietnam?

Famous for the crazy crowded traffic, you should definitely not riding any bikes, even when you are comfortable with motobikes. Here is a list of local transportation to get you around. 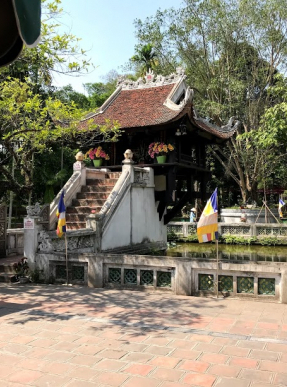 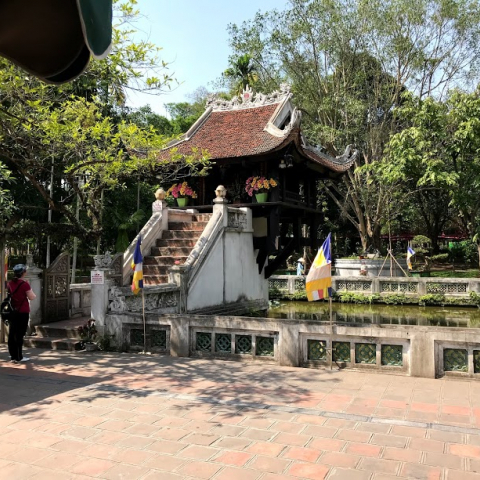 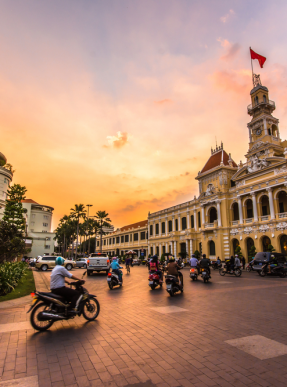 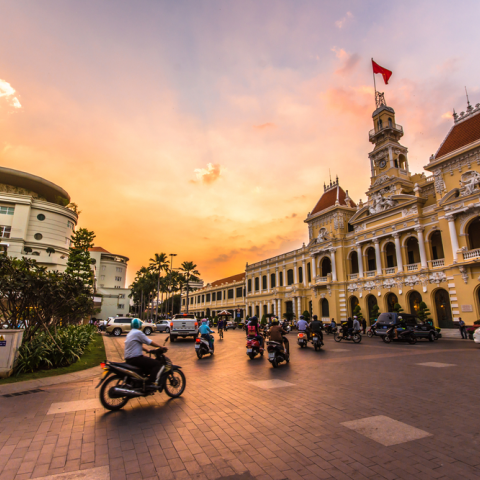 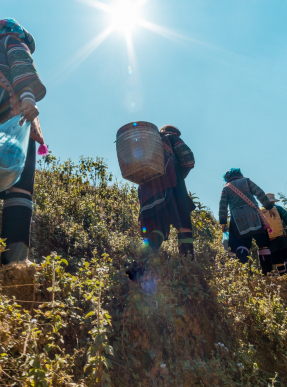 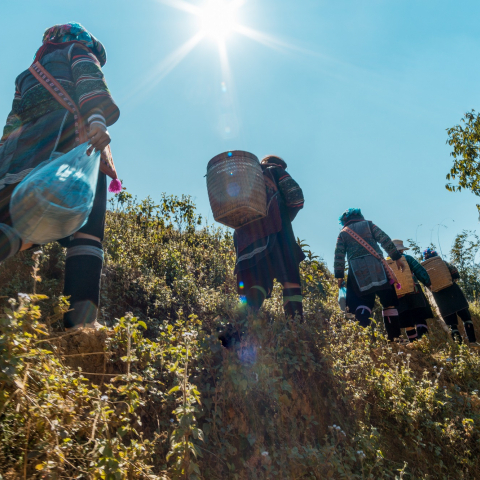 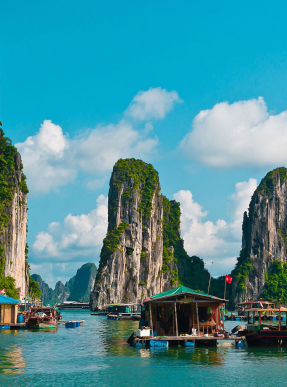 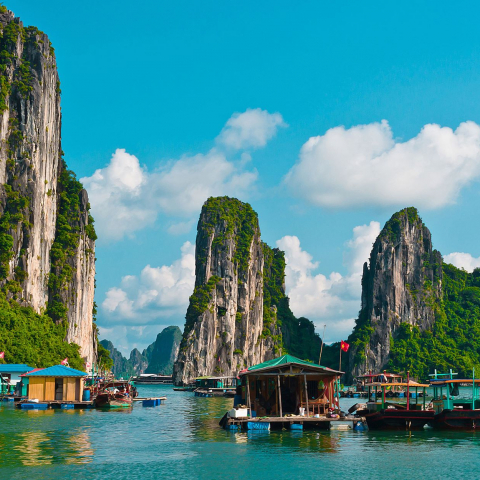 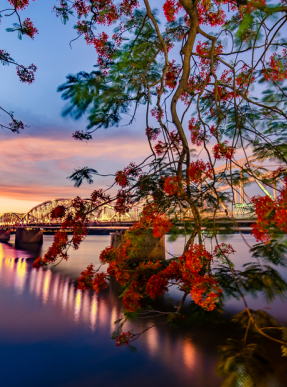 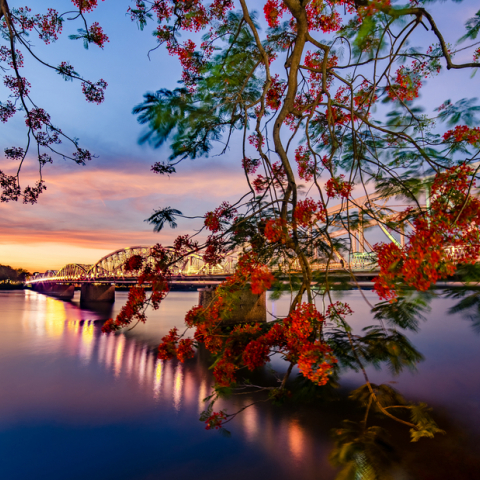 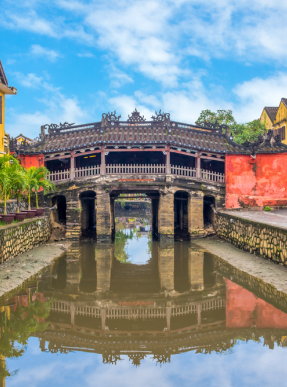 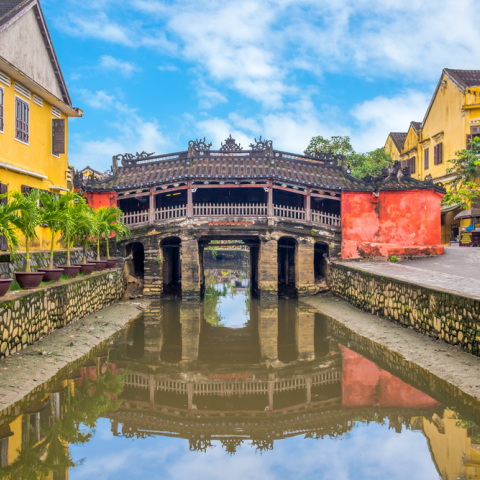 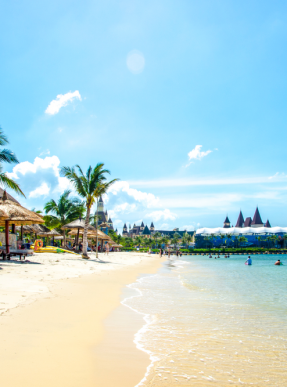 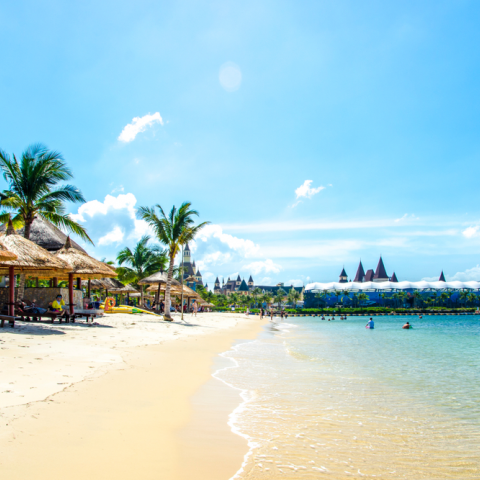 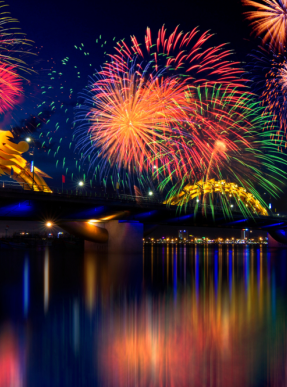 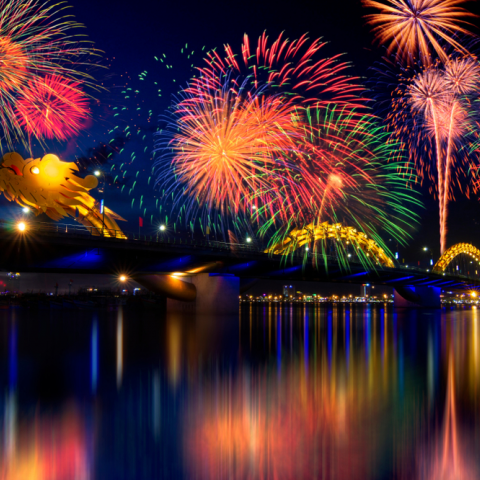 Vietnam things to do

Is it safe to travel Vietnam during the Coronavirus outbreak?
As Vietnam shares the border with China and welcomes a huge amount of…
9274 View

Top 4 Things to Do in St. Patrick’s Day in Vietnam
Started from Ireland and also is the National Day of this country, now…
54 View

Is it that scary for being quarantined in Vietnam due to the spread of Coronavirus?
Among the days of disease – when the Coronavirus spread throughout…
49 View 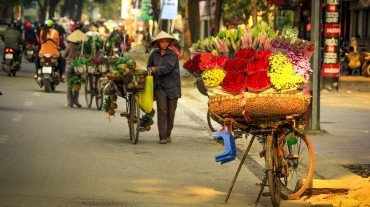 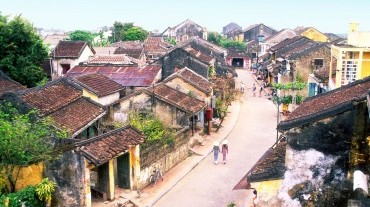 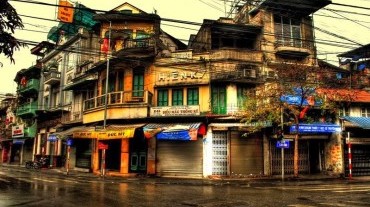