Currently, there’re a large number of vehicles in Vietnamese streets. As a result, traffic jams and hazards for traffic participants often occur. To limit the density of vehicles on the street and reduce the risk of traffic accidents, you can use public transport such as taxis and buses, etc. while travelling to Vietnam. The following article would like to list for you some of the best taxies in Vietnam so you can move around easily when you come here.

Traffic on Vietnamese streets is always hectic. It is not safe for tourists to drive around on your own, especially if you do not know the rules and the area well. It is why many people opt for a taxi in Vietnam. If you are looking for a taxi service, there are some popular brands that you should take note of.

Vietnam taxi prices are calculated based on fare per km. When the taxi picks you up, the meter starts counting. The “open-door-fare” or starting fare is set from 8.000VND ($0.34) to 15.000VND ($0.64), depending on the provider and model of the car. If your distance is longer, you will get a cheaper fare. The fare will be lower for long-distance routes.

To know the exact average Vietnam taxi prices for your rides, you can call the hotlines or check via Grab or Be. These apps are similar to Uber and Lyft in Western countries.

Top 5 Vietnam taxi brands for you 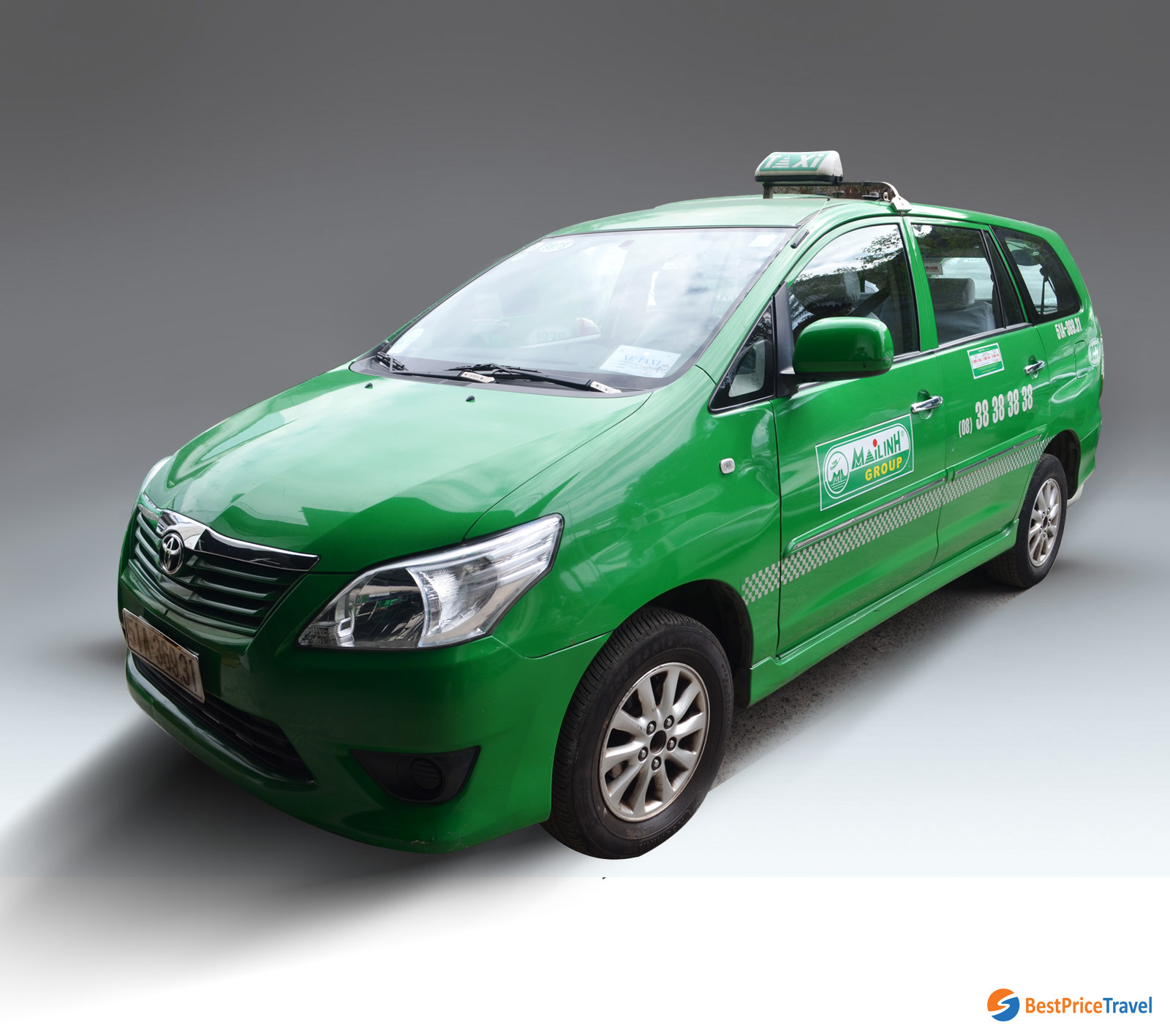 Mai Linh Group has affirmed its leading brand position in the passenger transport industry in Vietnam.

The mission of the company is to "Bring satisfaction to each person, contribute to the development and enhancement of Vietnamese culture, for a better life!"

Since its establishment, Mai Linh Taxi has been continuously expanding its location, improving the quality of vehicles, developing services, coaching drivers, and applications are continuously updated to serve customers.

With constant efforts, Mai Linh Group has affirmed its leading brand position in the passenger transport industry in Vietnam. It is the first taxi enterprise in Vietnam that was granted by Tuv Nord "ISO Road Traffic Management System according to International Standard ISO 39001:2012". Besides, at present, you can book a Mai Linh taxi easily through the "Taxi Mai Linh" app instead of calling to their hotline and have to wait for a very long time to get support from the taxi operators.

Taxi Group was officially launched on the market on October 10, 2010. Taxi Group is the merger of 05 member Taxi units in Hanoi and 01 taxi unit in Bac Ninh, all of them are well-known in the Vietnam Taxi industry. The fact of the matter is that this company is gaining a great position in the Vietnamese market. Taxi Group includes Hanoi Taxi, Taxi CP, Hanoitourist Taxi, Taxi 3A, Taxi JAC, and Hanoi Bac Ninh Taxi. 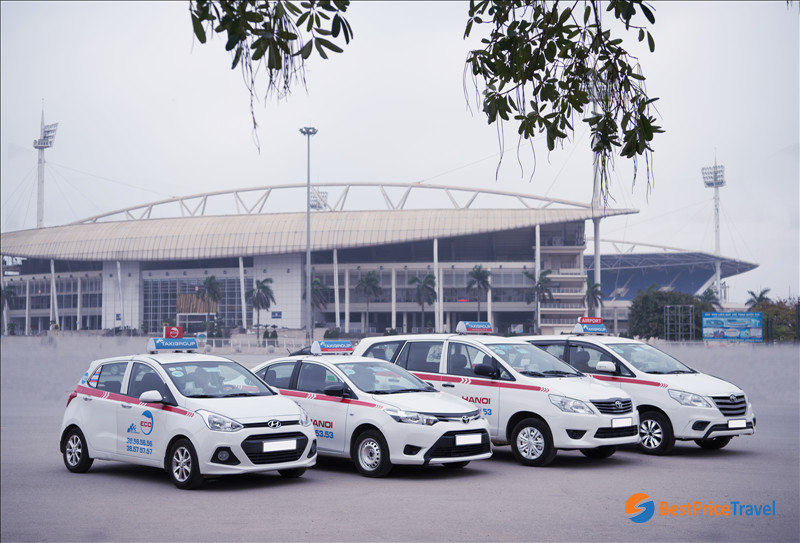 With many years of experience and good services, Taxi Group has affirmed its position in the Vietnam market. 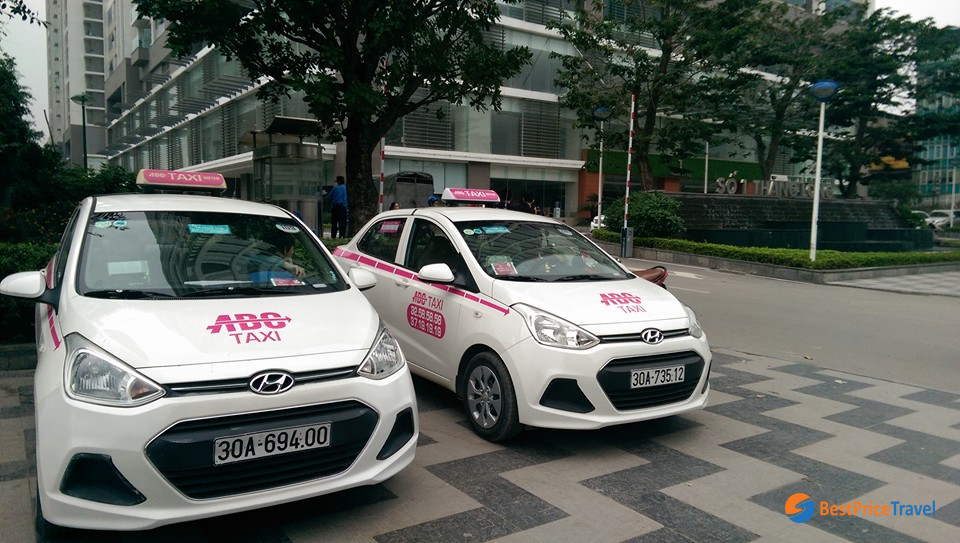 ABC taxi offers professional, luxurious, high-class, and modern services. ABC has a professional staff, modern facilities and it is affirming its quality and prestige in the Hanoi market in particular and the North in general.

For over 8 years of operation, Taxi ABC has gradually developed its brand with thousands of visitors using its services every day. ABC always appreciates the safety and comfort of customers, and it meets the needs of all customers so that customers always feel most satisfied.

Seeing the increasing demand for the public transport of people, Vinasun taxi service was born with Toyota cars including Vios, Innova G, and Innova J. This company has the current number of vehicles over 4,500 cars. Vinasun promises to bring people the best, most professional, and quickest service.

Besides, in order to bring customers a new communication channel with the combination of modern sound, images, and techniques in a discreet space environment, Vinasun is implementing advertising on LCD screens that are attached in its taxi nowadays.

Vina taxi was established on October 8, 1992. It is a Joint Venture company formed by the combination of TECOBEST Company (Hongkong) and TRACODI Company. In 2003, Tecobest transferred management rights to ComfortDelGro Group - Singapore, one of the world's largest road transport groups, and Tracodi Company under the Ministry of Transport of Vietnam.

In 2008, VINATAXI tested and put into use a GPS navigation system to better serve the practical benefits of customers. Because of efforts to improve that service, VINATAXI was honored to receive many prestigious awards.

Tips while using a taxi in Vietnam

Here are some things you need to keep in mind to ensure a safe and convenient ride.

Identify a licensed taxi: Before getting on any taxi in Viet Nam, you should check whether it is licensed. The car should have a lightbox that says “TAXI” on top. The brand name, operating phone number, and logo on both sides of the cars are visible. There should be a price chart, a working meter connected to a receipt printer, and a name card of the taxi driver inside of the vehicle.

Tipping: In Vietnam, customers are not required to leave a tip for a taxi driver. So you are not considered being rude for not doing so. However, you can tell the driver to keep the change if it is small.

Make sure that you take note of this information to avoid any unnecessary problems. Hopefully, you will have enjoyable rides in a taxi in Vietnam. If you are looking for Vietnam Tours and don't want to worry much about scam taxi please do not hesitate to contact us, we will arrange a memorable trip for you.