Hoa Lo Prison Museum or Hoa Lo Prison, later known to American prisoners of war as the nick name "Hanoi Hilton", was a prison used by the French colonists in Vietnam for political prisoners and during the Vietnam War.

Maison central was the largest prison in the Indochina. It was built by the French colonistsin 1896. The main purpose of building is to imprison and torture Vietnamese who battle with colonial policy. At the beginning, there used to be an old village here. That village was an expert at producing pottery, it was called Hỏa Lò village. The French colonists built it on this land. Therefore, another name the locals often call “Hỏa Lò Prison”. 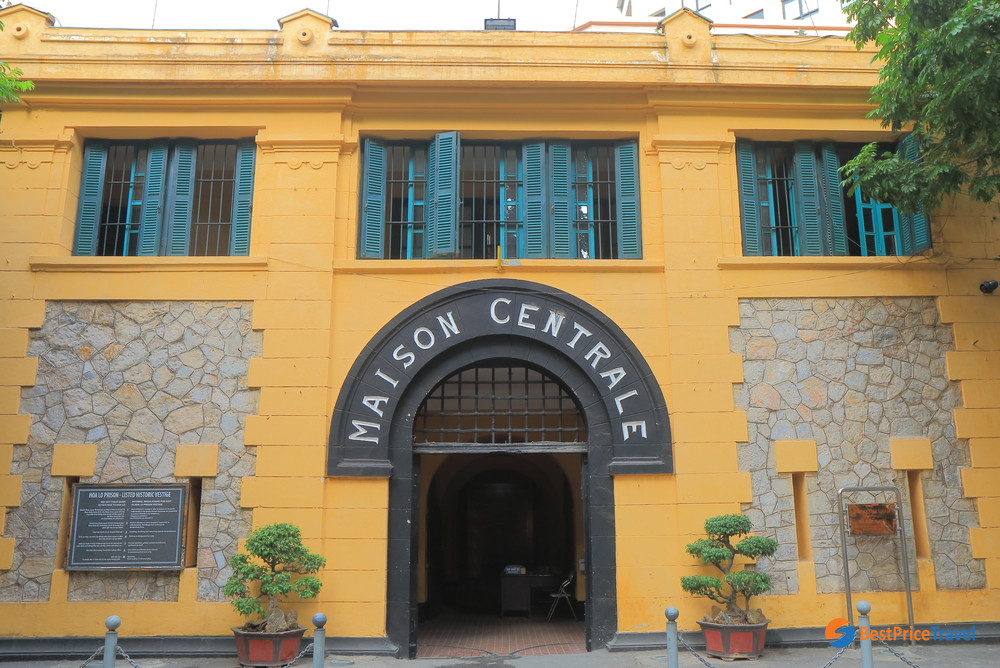 The French governor ordered to build an unbreakable prison. When it completed, Hoa Lo became one of the most solid architecture and the proud of French Governor in Indochina. They used the tailor bricks with extra thickness. The surrounded wall was built by steel rod and stone, that was 4m high and 0.5m thick. It topped with pieces of broken glass and bare wire (without any clothes or not covered by anything) ,was connected to high-voltage electricity. All locks, doors, and windows were imported from France. In addition, all jails that were infamous for their cruelty were careful collected from other prisons. 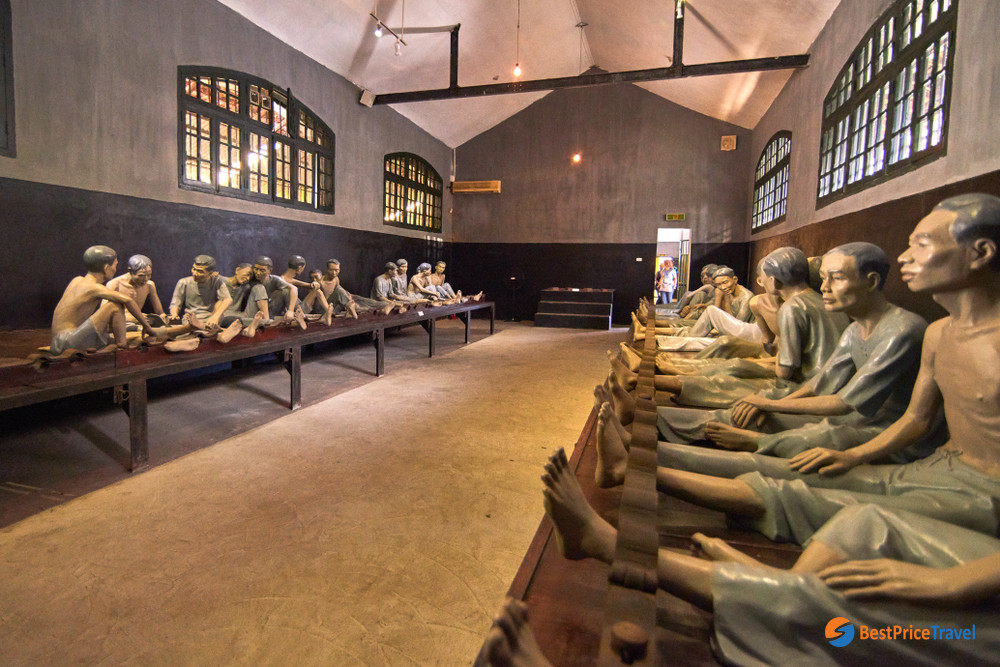 How can you image the living condition in unbreakable prison? “It is easy to die but hard to live”. There were about 25-30 of prisoners in one room, they were fettered of rotten rice, stunted (undeveloped) vegetables, rotten dried fish and rarely with tough buffalo or old sow meat. They just had 15 minutes every day for walk and bath. All of them had to stand naked around a well built in the centre of the yard and pour water very quickly onto their body while the guards and jailers watched them. Especially, women also were tortured and suffered the same living condition as male. Hoa Lo prison is called Hell on the Earth not only by its living condition but also by its hundreds kinds of torture such as: hanging prisoners up or down for beating; electric shock at their head or heart; beating prisoners with boxing; stuff prisoners’ body with clothes soaked with gas and burn; putting prisoners into an empty tank and beat from the outside which made their hearing and nerve seriously damaged. 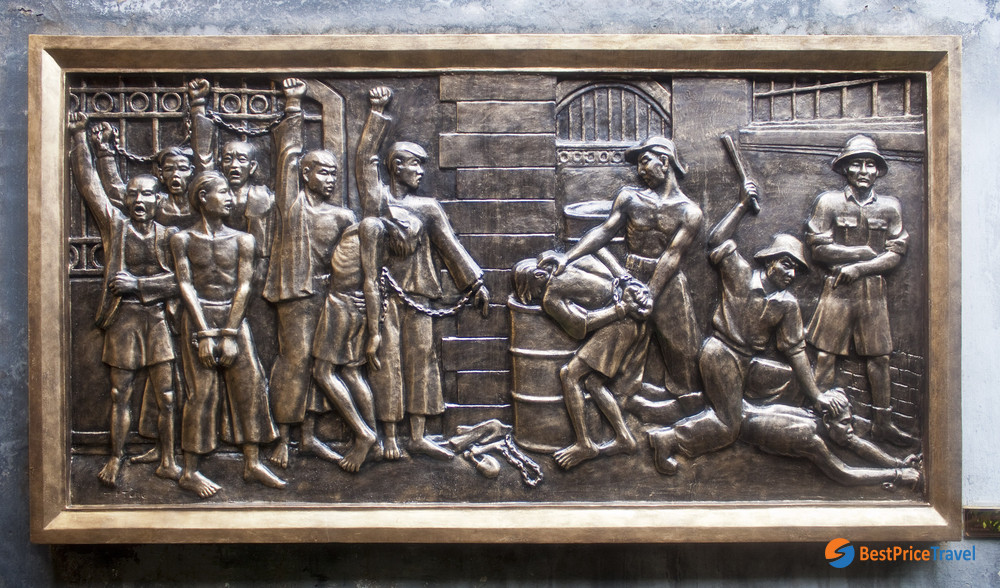 Hell on the earth

Even though, the prisoners suffered physical pain but there was no reason can obstruct their spirit fighting. The revolutionists made the prison as a school where they trained themselves to the communist policy, the iron will in their fighting. Put ones thought to action, they organized some escapes from sewer tube in 1945 and the Xmas night 1954. After the war time, Vietnamese government still used this prison for criminal prisoners. Nowadays, only a few cells of the original building were remained and restored into a prison museum as a memorial of Vietnamese patriots.

The war passed but Hoa Lo still survive as historical evidence of patriotism, spirit fighting. War is pain, lost and scarify and it is also the valuable lessons about aspiration of peace.

Opening hours: 07:30am - 11:30am & 1:30pm - 4:30pm. Closed on Monday It is very necessary to have a tour guide, so you can understand deeply the historical stories as well as meanings of the objects on display in Hoa Lo Museum.