Being an ancient monastery in Amarapura, Maha Gandhayon Kyaung also functions as educational center for young novices and monks.

In the morning at around 10 o’ clock the monks receive their daily food donations. They line up and then walk into the big communal hall. As interesting as it was to observe this, it reminded a lot of the culture in Luang Prabang, Laos.

This complex is primarily a place of religious study, and it was found in 1914, although the actual temple temple is much more modern than that. It is dominated by a huge Buddha image.
This magnificent monastery is one of Amarapura's main sights. This is one of the largest monasteries in and at times there are more than 3,000 monks living and studying here. At 10:30 every morning, hundreds of monks wait in long queues for their Swan, or in other word, their meals. At the same time, hordes of tourists stand watching and photographing them, and even in the refectory, they cannot escape from the curious and often intrusive gaze of the visitors.

Maha Gandhayon Kyaung was a little remains of the old Amarapura palace, however, tourists can still find two masonry buildings which are the treasury building and the old watchtower. King Bagyidaw and King Bodawpaya were both buried here and their tombs also remain. The corner pagodas still stand at the four corners of the once square city. 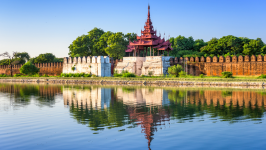 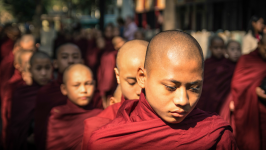 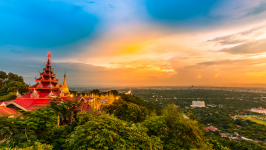 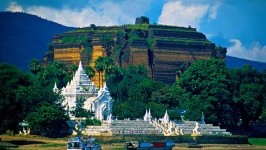 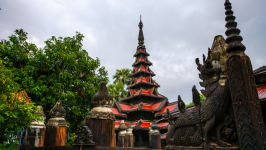 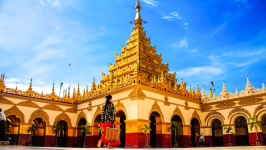 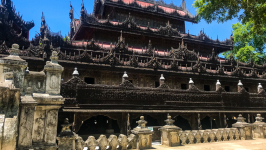 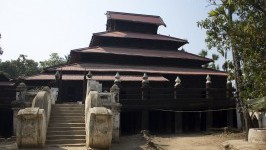 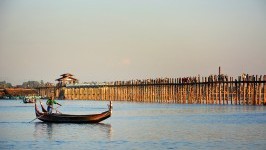 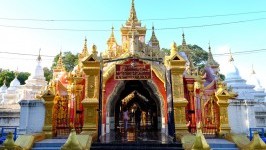 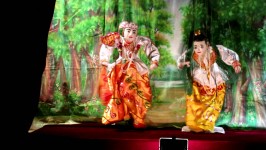 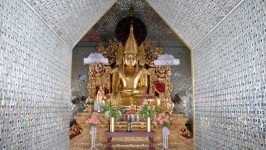 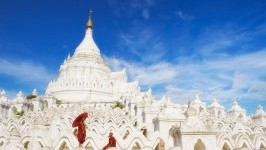 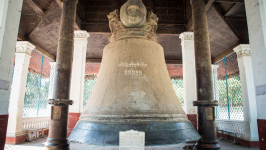 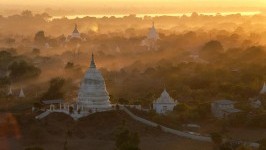 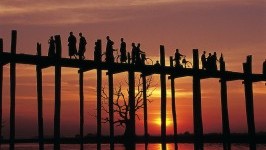 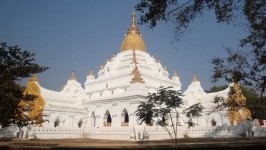 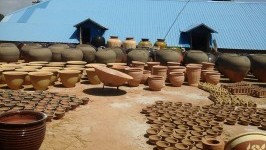