Vinh Trang is a Buddhist temple near My Tho in the Mekong Delta region of southern Vietnam. It is one of the best-known temples in the region.

The temple stands on a 2 hectares (5 acres) block filled with fruit trees in the village of My Hoa in the town of My Phong, on the banks of the Bao Dinh canal.

In the middle of the 19th century, the temple came into being through the endeavours of the district chief Bui Cong Dat, who organised its erection. He recruited the monk Thich Tu Lam from Buu Lam Temple to preside over Vinh Trang. Following the death of Bui Cong Dat, Thich Hue Dang presided over the remainder of the construction phase and the temple was completed in 1850.

Between 1859 and 1862, French colonial forces battled the army of the Nguyen Dynasty of Emperor Tu Duc. The French army prevailed and Tu Duc ceded three southern provinces to become the colony of Cochinchina. In the fighting, Vinh Trang was seriously damaged. The successor of Thíich Hue Dang was Thich Thien De, and he oversaw the reconstruction efforts. After his death, the temple fell into disuse.

In 1890, Thich Tra Chanh was recruited from Sac tu Linh Thuu Temple to become the abbot of the temple. The new abbot hailed from My Tho and was a disciple of Thich Minh Phuoc. In 1895, Thich Chanh Hau organised a complete renovation of the temple. In 1904, the temple was ravaged in a large tropical storm, requiring a major rebuilding in 1907. Thich Chanh Hau presided as the abbot for 33 years until his death in 1923. His successor Thich Minh Dan, organised further renovations including the main triple gate, main ceremonial hall and the patriarch hall. 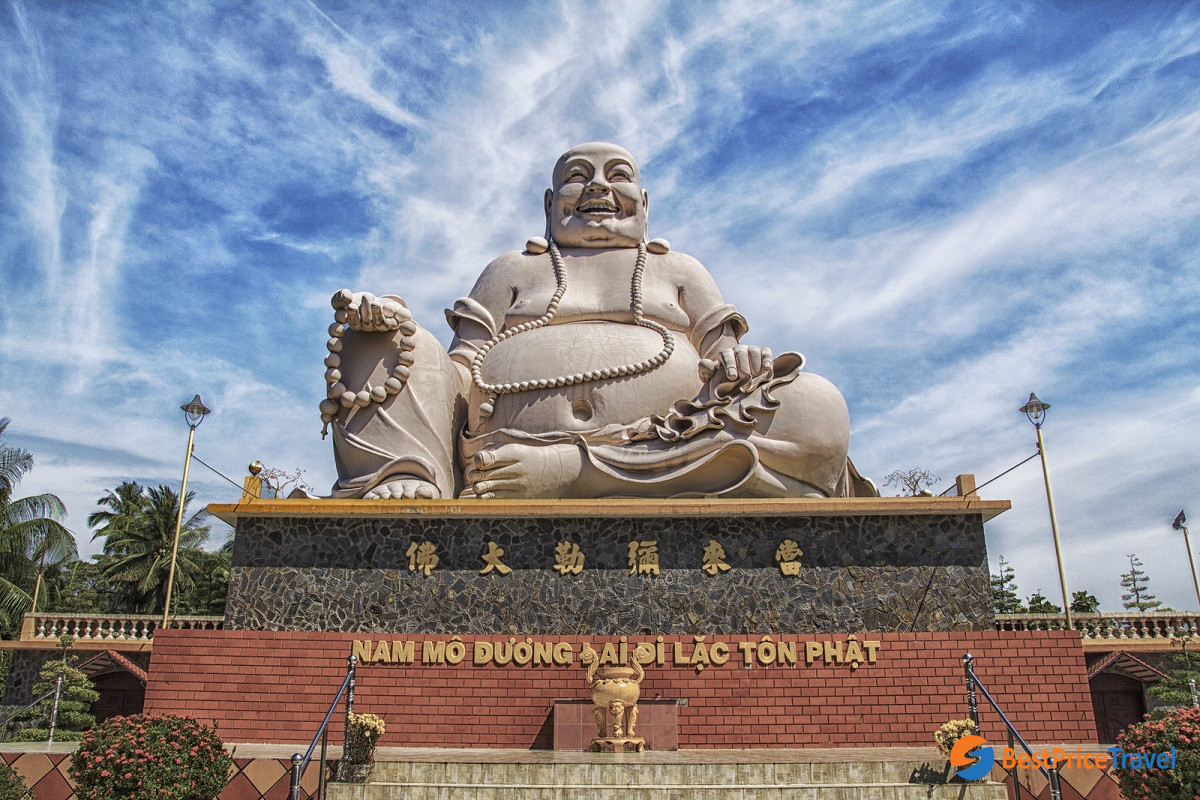 The main triple gate was built in 1933 through the labour of craftsmen recruited from the imperial capital in Hue, central Vietnam. The central gate is made from steel, while the two side gates are made from concrete and styled akin to a historical fortress. The triple gate has an upper level with another large gate on top. On the right is the statue of Thich Chanh Hau and on the left is a statue of Thich Minh Dan. Both sculptures were made of statue and were made by Nguyen Phi Hoanh. The front of the temple is designed in a style that mixes European and Asian architecture.

In the main hall of the temple, there are multiple statues of various Buddhas including Amitabha Buddha, Gautama Buddha, various arahants and bodhisattvas. There are also statues of Thich Chanh Hau and Thich Minh Dan. The three oldest statues in the temple are those of Amitabha, Avalokiteshvara and Dai The Chí bodhisattva, which are made of bronze. However, the statue of Avalokiteshvara has been lost for a long time, so a wooden replacement was made. There is also a statue of the Jade Emperor, roughly the size of a real human. 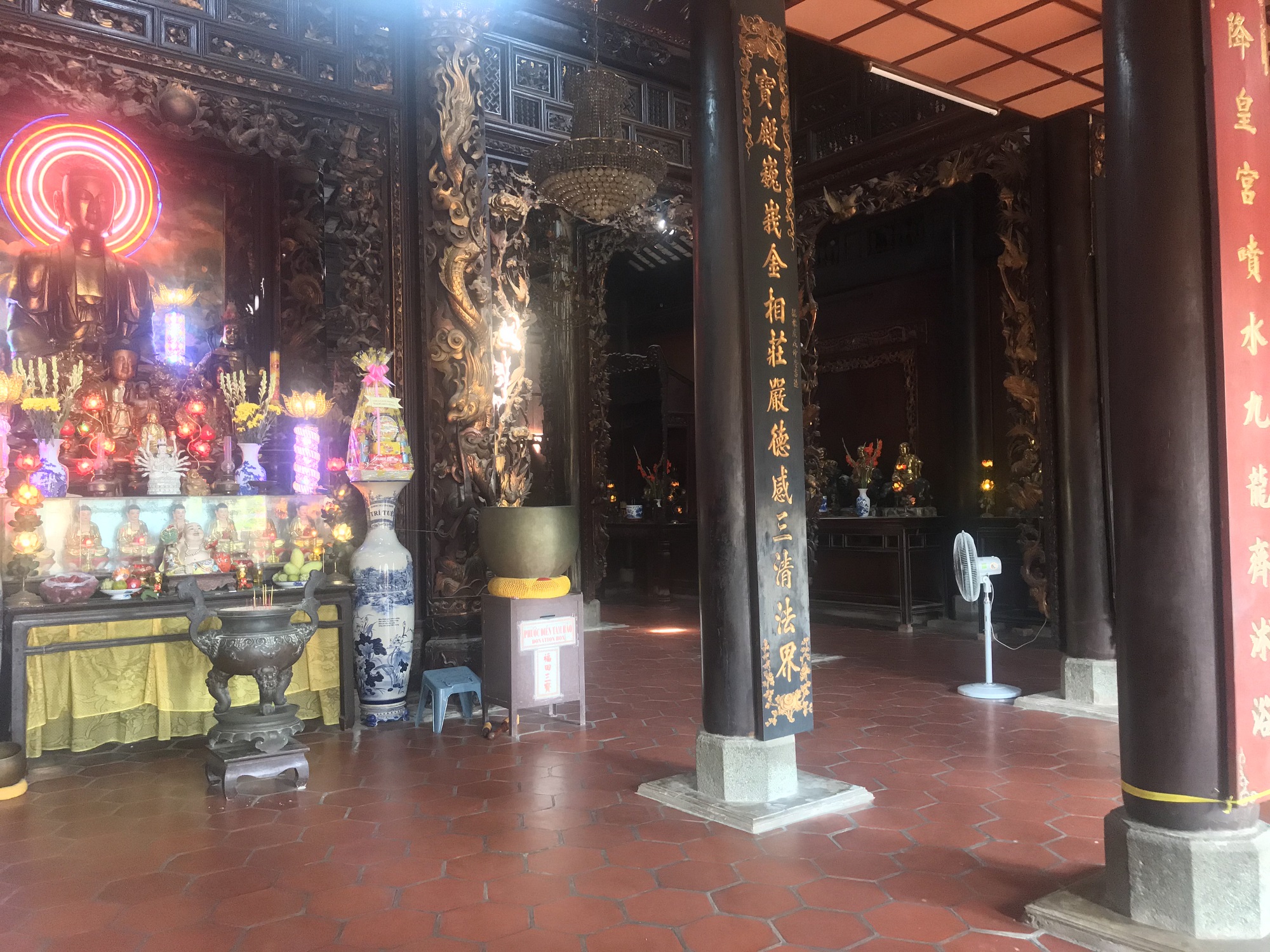 The garden of the temple is decorated with many pot plants and are tended to on a regular basis. Under the shade of one tree is the stupa of Thich Chanh Hau, in which his ashes are interred.

The temple is currently the office of the board of the provincial Buddhist Association of Tien Giang Province. It is a major provincial destination for tourists and pilgrims.