As a pilgrimage site, most people like to visit the Jade Buddha Temple and visit the Royal Palace. However, there is another place with a more special and interesting architecture recommended for tourists is Wat Traimit or Golden Buddha Temple – one of the most famous and sacred temples of Bangkok.

Wat Traimit, also known as Golden Buddha Temple, is located at the end of Yaowarat Road, near Hualampong Station, in Samphanthawong District, Bangkok. The soul of the Golden Buddha Temple lies in the solid gold Buddha image in the sitting meditation position. 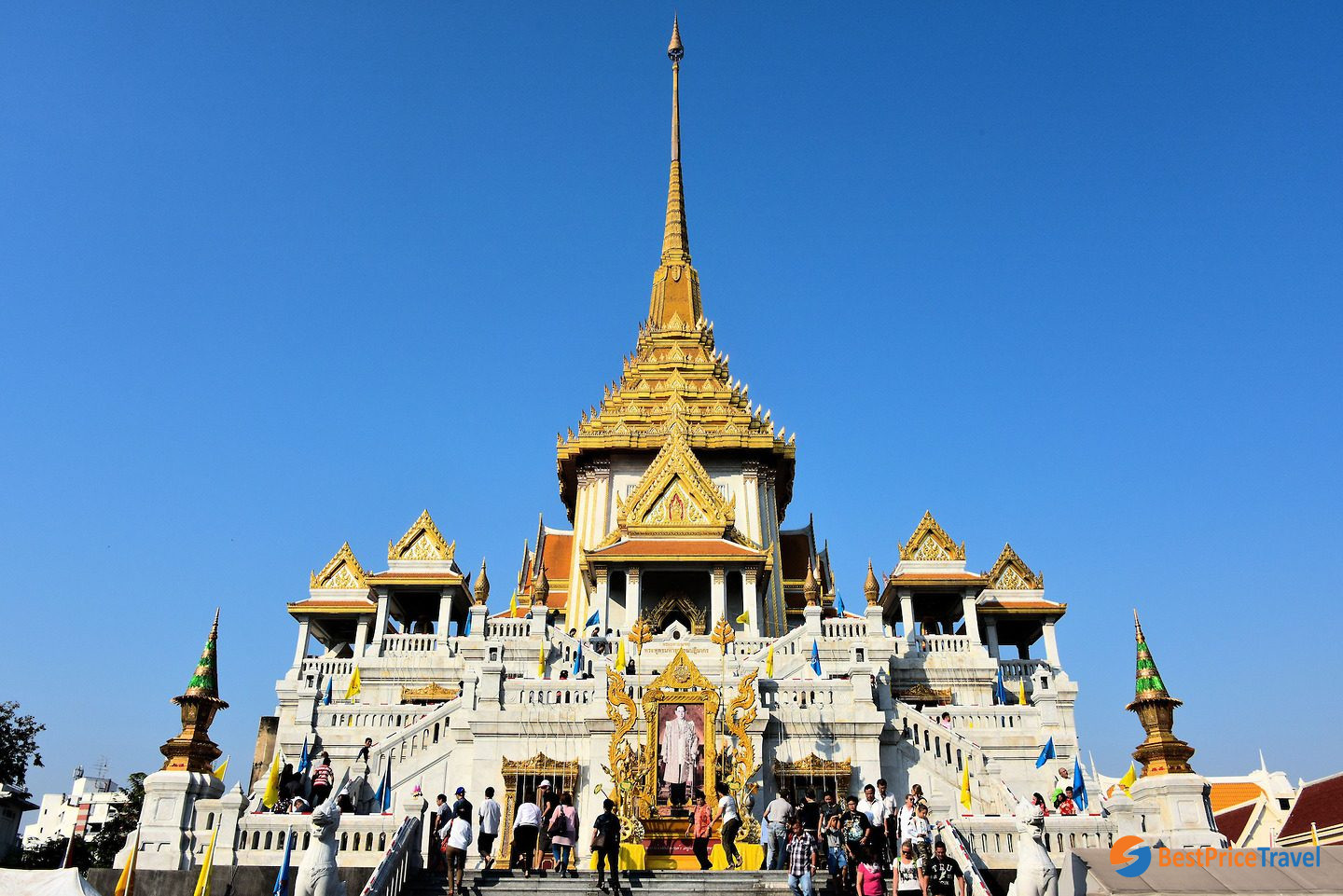 Wat Traimit is one of the most sacred temples in Bangkok

The Golden Buddha image was cast during the Sukhothai era, the most developed period of Thai Buddhist architectural arts. The statue was originally located in a temple in the ancient capital of Ayutthaya. When the war broke out, Thai people did not want the Burmese to take away that gold statue so they coated a cement layer outside. This secret was kept and those who performed the task of cementing the precious golden statue were killed immediately after completing the work.

After that, the Buddha image was moved to Bangkok where it was left at the main hall of Choti - Naram temple during the reign of King Rama III (1824 - 1851). It was not until the 1950s while being moved to a new temple in Bangkok, that the statue was slipped from a crane and fell into a mud hole. Because of the thought of a cement statue, no one wanted to pick it up and this precious Buddha image continued to be forgotten for a while longer. Locals said that a monk was told by the Buddha during his dream to find and pull the statue up. Through a crack, the monk saw a yellow flash of light and the Golden Buddha was "reborn". 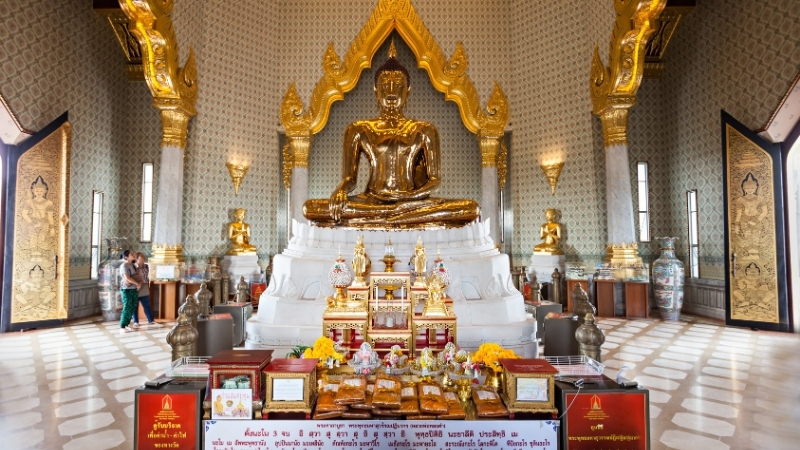 The Golden Buddha of Wat Traimit

Since then, the golden Buddha image has become a destination not to be missed in the Bangkok itinerary of every tourist. The famous Wat Traimit pagoda symbolizes prosperity, purity as well as strength and power. This is the main reason why Wat Traimit is visited by many locals and tourists whenever they come here to pray for good luck and prosperity. Currently, the Buddha image is placed on a white marble lotus. Of all the Buddha statues in Bangkok, from the Emerald Jade Buddha at Wat Phra Kaew to the Reclining Buddha at Wat Pho, the golden Buddha at Wat Traimit is rated the most beautiful, with meticulous carving to every detail. 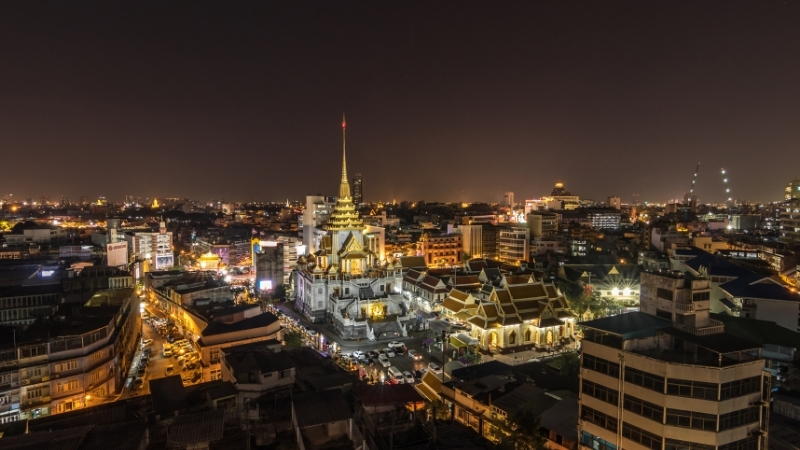 When visiting this attraction, tourists will not be surprised to see Thais coming to the temple to pay their respects to the Buddha by applying gold leaf to the precious golden image. About visit time, Wat Traimit is open to welcome guests from 9am - 5pm with the price of 40 baht/person. The most ideal time for tourists to visit the temple is early in the morning, when there are few pilgrims, easy to worship, meditate and find your inner peace. Tourists should pay attention to clothing attire while visiting Wat Traimit as short clothes are not permitted.