Ang Thong province is one of the central provinces of Thailand. It is about 100 km from Bangkok, so you can take a day trip here from the capital. This province has a lot of tourism attractions, historical, cultural places. There are more than 200 beautiful temples in this province, Wat Chaiyo Worawihan, Wat Khun Inthapramun, Wat Pa Mok Worawihan, Wat Tonson, Wat Mahanam, Wat Thasutthawat, Wat Siroi, Wat Khian and, Wat Muang are among the best temples to visit. 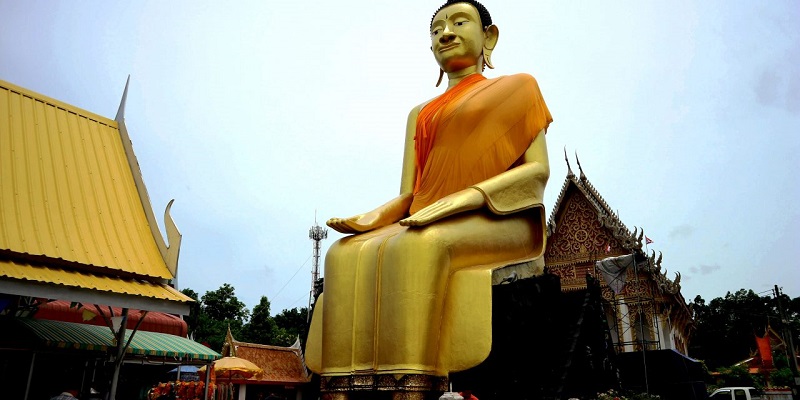 The province is mostly rural with many of its inhabitants planting rice. Coming to Ang Thong, you can also see a lot of handicrafts villages that produce royal doll sculpture, drum, clay bricks, or wickerwork. The province is the birthplace of folk music. You can also find flower plantations such as marigolds and sunflowers on a wide field in this province.

1. Place to visit in Ang Thong

Located in a rural area about 10 kilometers North of Ang Thong town, Wat Khun Inthapramun is one of the oldest temples in Thailand. On the grounds are the ruins of several ancient temple buildings and chedis. It houses the big reclining Buddha statue called Phra Sri Muang Thong with 50 meters from topknot to feet. The temple is open daily from 8.00 am-5.00 pm. 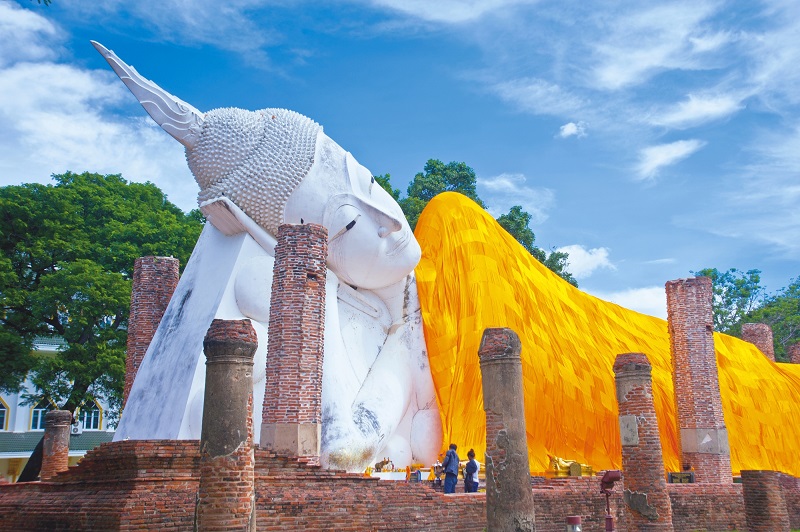 The Wat Muang houses the largest sitting Buddha image in Thailand measuring 84 meters tall, 92 meters including the pedestal. The massive image which is made of cement and painted in gold color is surrounded by paddy fields. The grounds in the temple can get very busy on weekends and Thai national holidays. Remember to dress respectfully and remove your shoes before entering a temple building. 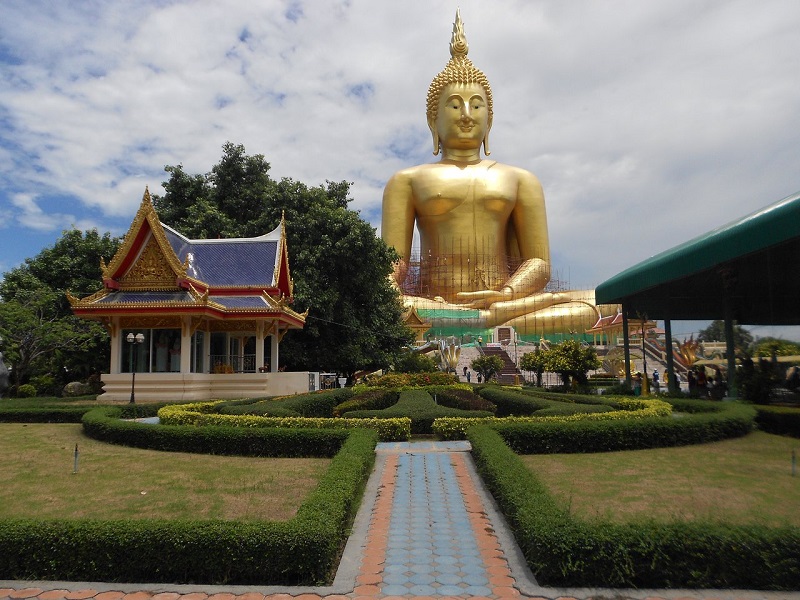 Ban Bangsadet court doll center is a project of Her Majesty the Queen’s initiation in the 1970s in order to increase the income of local people. The center is housed in a traditional Thai style wooden house on stilts, where local people produce dolls. Tourists come here to watch how the dolls are made and buy them in a shop. 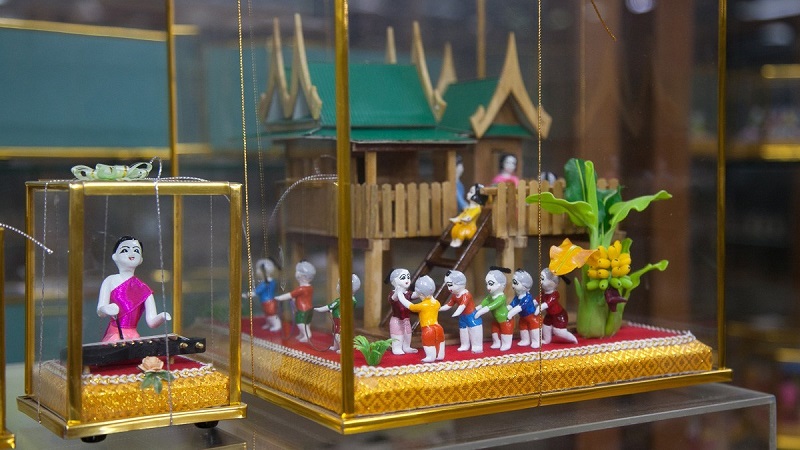 Phra Tamnak Khamyat is a ruined 18th century Royal residence. The royal pavilion is believed to be built in the reign of King Borommakot, King of Ayutthaya, and 1758 to be used by the King as a residence during his visits to the province. At present only the four walls of the royal residence remain.
Besides, you can pay a visit to Natural bird garden in Wat Riwwa, where you can see a lot of openbill stocks, herons, cormorants, kingfishers, shrikes, etc, Basketwork Village at Ban Bangchaocha is also an interesting place to visit. It is the center of important and famous handicraft basketworks of Ang Thong province.

The most popular way to travel from Bangkok to Ang Thong is by bus or car. There is no airport in Ang Thong and the nearest train stations are at Lopburi and Ayutthaya, which are both on the State Railway of Thailand’s Northern line. This city can be easily reached from Bangkok by bus. The bus departs from Mo Chit in Bangkok once per hour. It is a 2-hour bus journey and it takes about 50 to 60 Thai Baht for one way.