The temple of Banteay Srei or the ‘Citadel of the Women’, is considered to be the jewel in the crown of Angkorian art. A Hindu temple dedicated to Shiva, unique in that it is constructed of pink sandstone, which is seen nowhere else in Angkor.

It is said that the delicate reliefs on this temple were carved by the hand of women. Banteay Srei is small because it was not a royal temple. 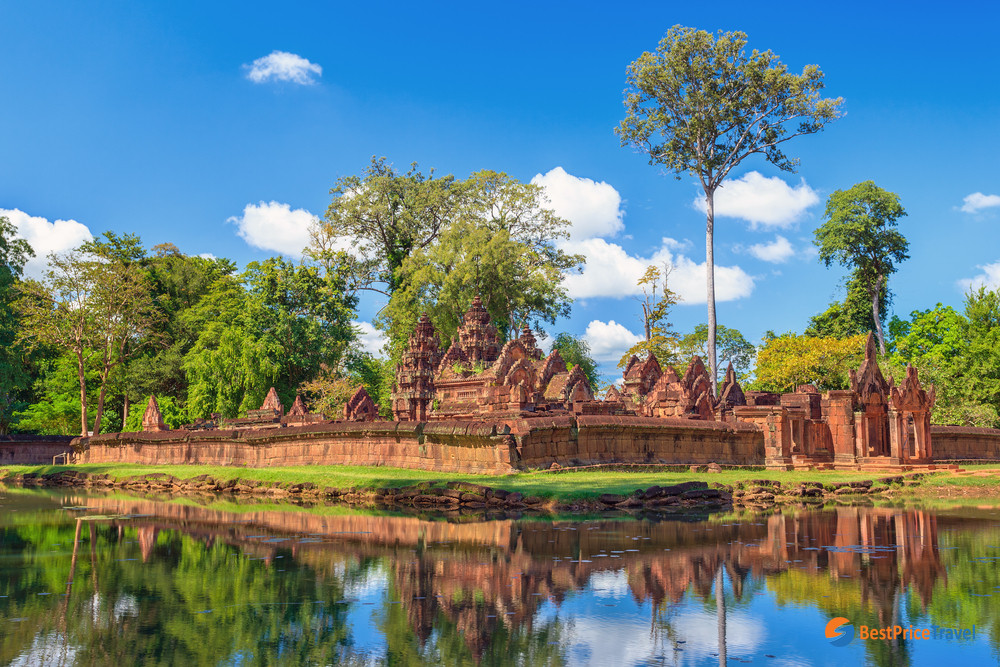 Banteay Srei, the Citadel of the Women temple

First discovered in the 13th century, Banteay Srei was the only major temple not to be built by a King. In 1914, the temple was rediscovered and restored the anastylosis of many Angkorian monuments a few years later. In the heart of a mysterious Cambodian forest, Banteay Srei is a fairy palace made of solid sandstone and exquisitely decorated in pinkish carvings which are significantly dedicated to Shiva. 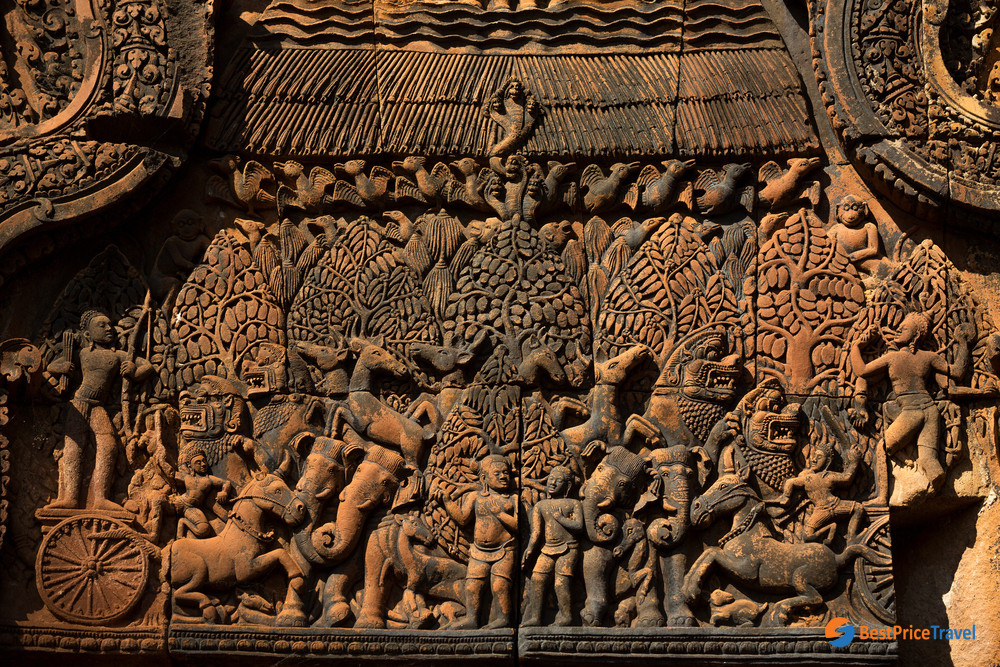 After the gate of Banteay Srei temple, there are three enclosures, where two outer ones depicting Hindu mythology have collapsed partly. The inner enclosure houses two libraries and the sanctuary that features the most intricately portrayed stories and motifs. The site is really exposed and little shaded from the heat of the day, so it’s best to visit during the cool time when you have an opportunity for stunning photos of pink-color in changing light. 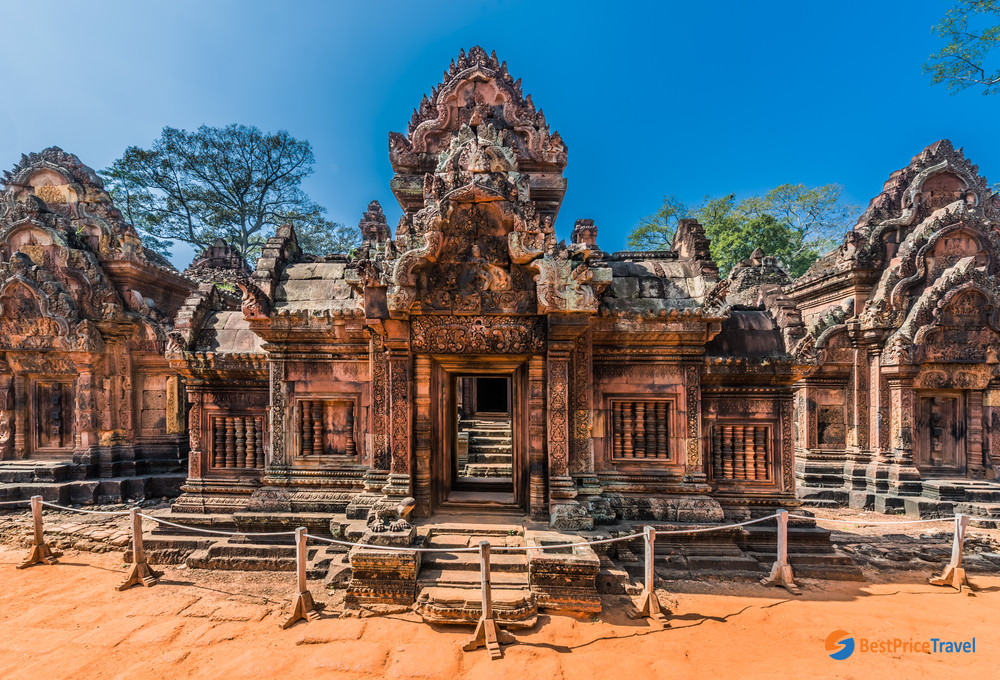 Just over 30km from Siem Reap center, Banteay Srei entrance is included in temple pass for the main Angkor Complex. The best recommendation is a 30-minute tuk-tuk drive from the temples of Angkor and through villages as well as rice fields.