Situated in the Inthar Heritage House, the Burmese Cat Village is home to many Burmese pure cat breed. This house starts a conversation project in order to preserve the national species.

The Burmese cat sanctuary is situated in the Heritage House in Inle Lake. The house is located on an island at the center of the lake, which is completely isolated from the neighboring areas, making it an ideal place for preserving the Burmese pure cat breed. 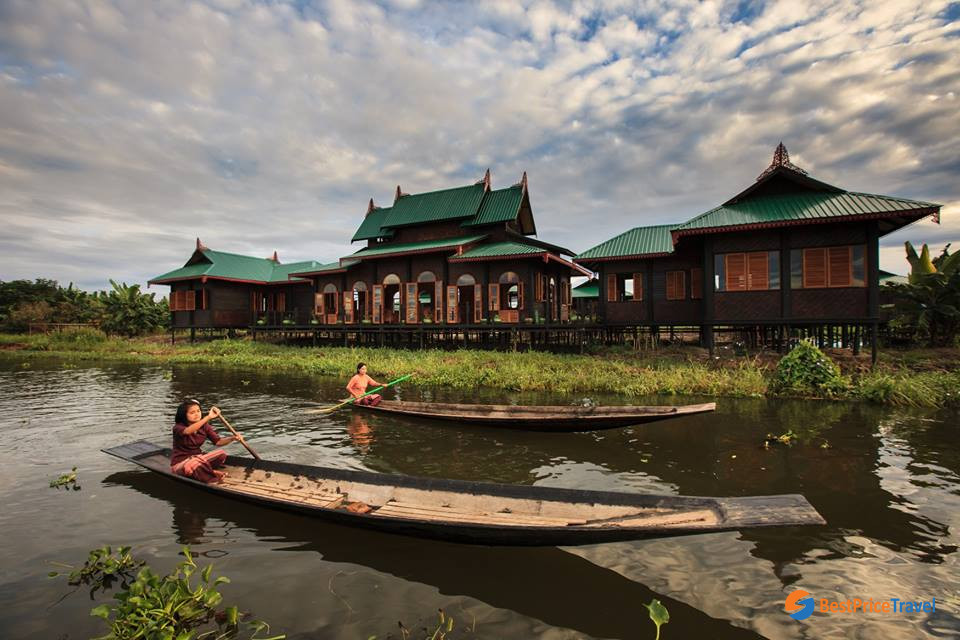 The purebred cat of Burma has been found in Myanmar more than 1000 years ago. In the past, they were often raised as a loyal pet in palaces or temples. Their fur is mostly black and chocolate or coppery brown, short and resembles a satin-like texture.

They also have bright yellow eyes that give them a royal and mysterious touch. This rare breed of Myanmar cat has been preserved for a long time. However, by the twentieth century, when Myanmar was colonized, this breed was outbred with other feline breeds and the pure domesticated one was lost. 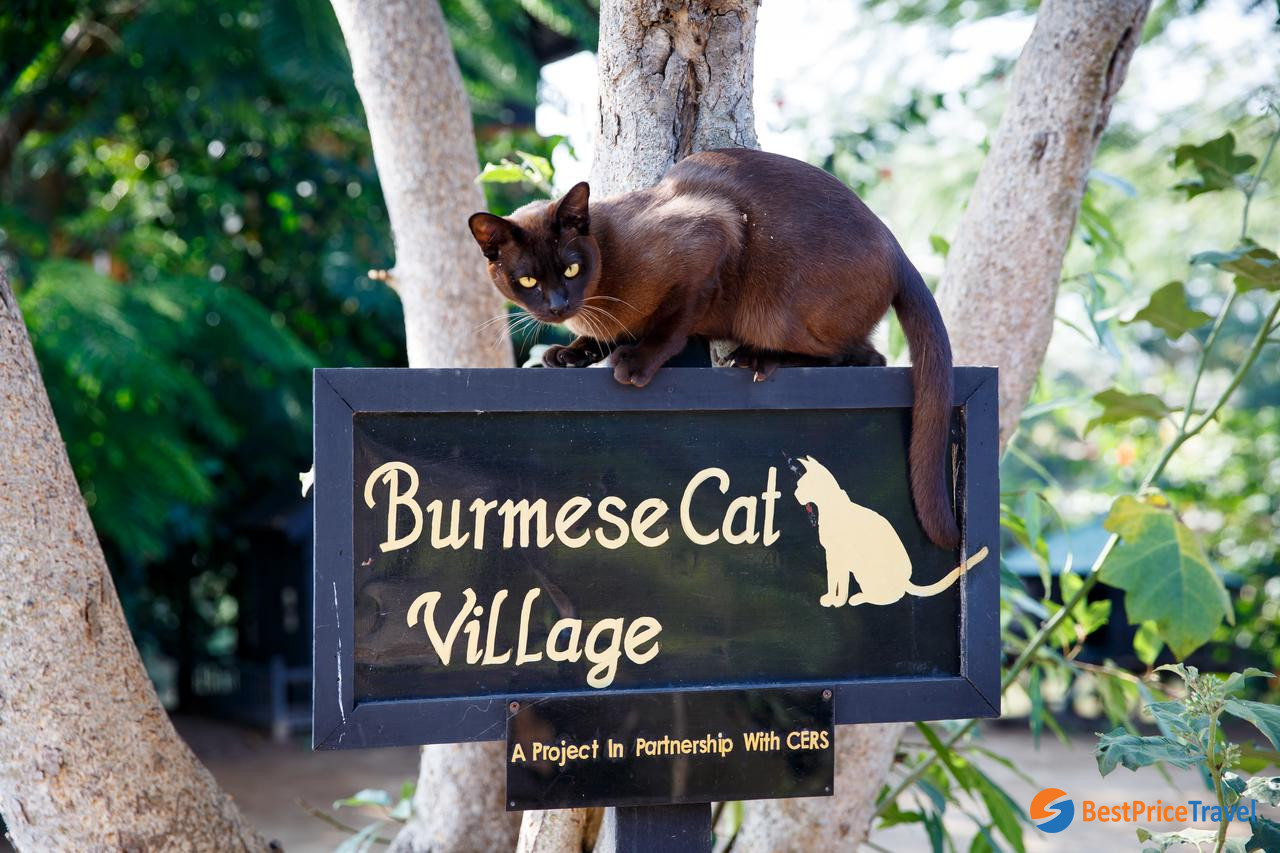 The Burmese Cat at Heritage House

Fortunately, around 1930, some foreign animalists have brought some of the purebred cats to European countries and created a new generation of Burmese cat. In 2008 and 2009, those Burmese cats were brought back to Inle lake to start a breeding program in order to preserve this national species.

The presence of these cats has attracted tourists from all over the world and people start calling this place “Burmese cat village” or “Burmese cat house”. Currently, there are approximately 40 cats on this island originated from the 7 beginning individuals. 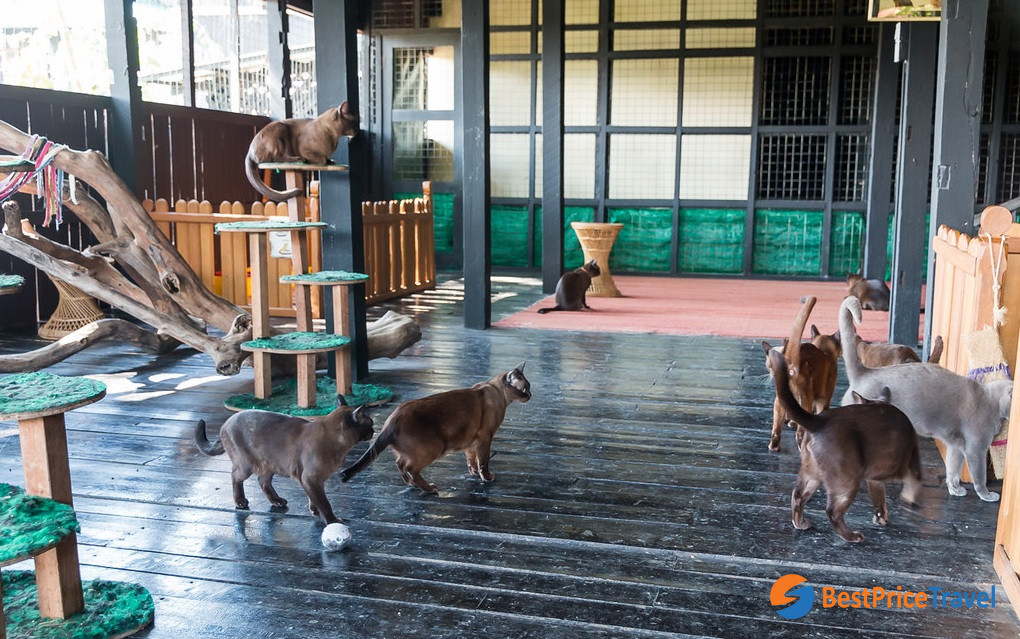 A group of Burmese Cats are playing in the house

Visiting this island is a wonderful experience. Tourists can enjoy the beautiful landscapes of the Inle lake as well as the peaceful atmosphere at the Burmese cat village while the best part of the journey is meeting and playing with these lovely animals.

These cats are much adored by the locals that they even have small wooden houses across the island built just for them. However, visitors can only cuddle with these lovely fellas between 11 am and 2 pm (total of five 30-minute visiting periods). The reason for this time limit is to prevent the cats from being overwhelmed and stressed out. 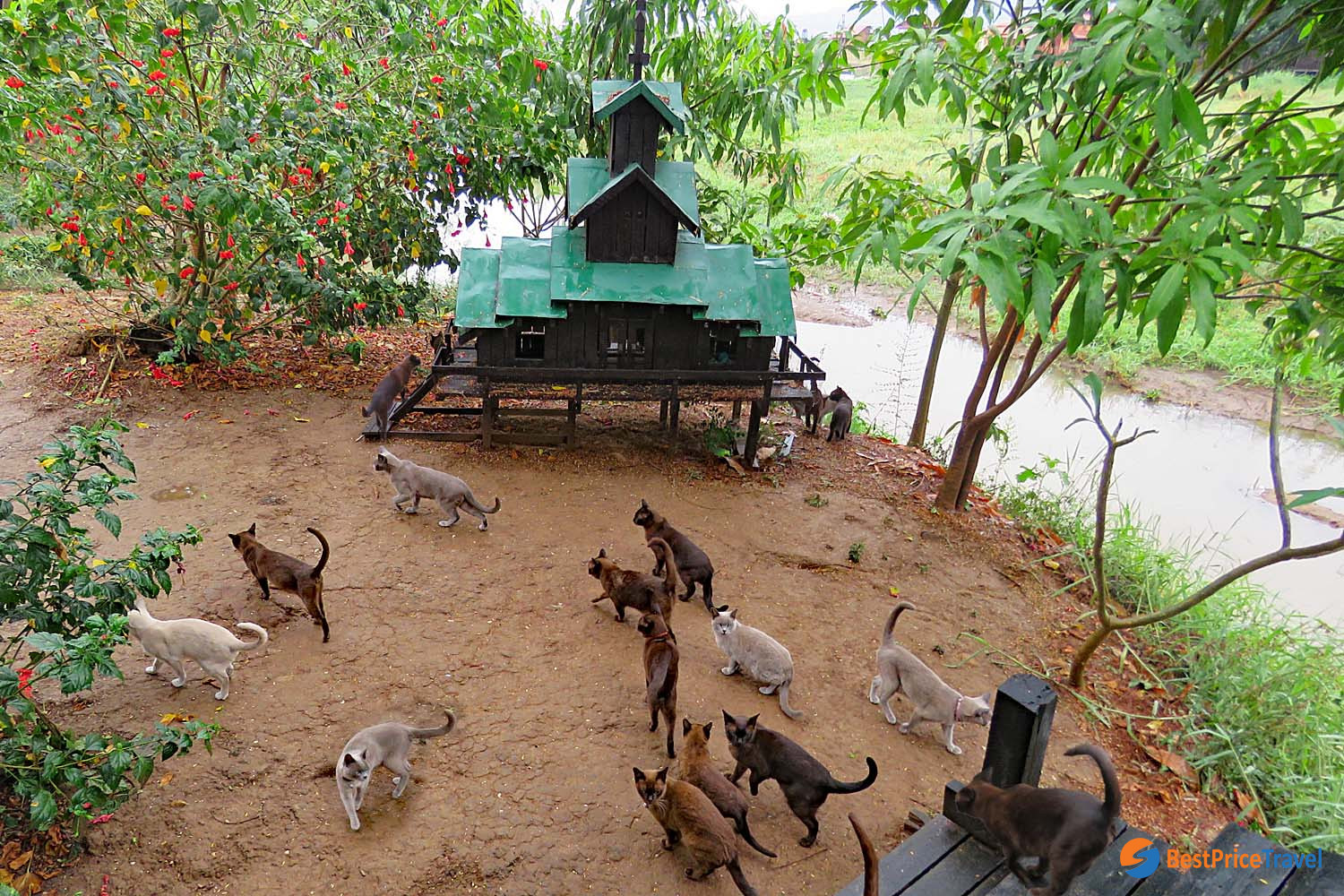 Burmese Cats in the garden

Even though the Burmese cat sanctuary is the main attraction here, there is also a restaurant where hospitable students from all over Shan state stop by for internship programs. Tourists can even sign up for a cooking class there and visit its own organic garden. One of the famous dishes here is spicy tealeaf salad, best served at a lakefront terrace on a windy day.

To reach this Heritage House, tourists can take a long-distance flight or bus from Yangon city to Inle. After that, tourists need to hire a boat because the island is located right on Inle lake. The best time to visit this beautiful place is from October to February, when the temperature abates in the afternoon. From October to November, the water level is high and it is flowery season, which makes the island even more gorgeous.

Other attractions in Inle Lake