The Dragon Bridge (Cau Rong) is one of the most iconic architectural sites in Da Nang. It is worth a visit to admire the unique beauty at night, soak up the pleasant atmosphere, and behold the fire and water show that can be found nowhere in Vietnam.

Officially launched to commemorate the 38th anniversary of Da Nang's liberation in 2013, Dragon Bridge plays an important role in the transportation system as well as tourism in Da Nang. This is the longest bridge in Vietnam, with a length of 666 meters and a width of 37.5 meters. Built across the Han River, Dragon Bridge has six lanes for traffic serving the routes from the Da Nang International Airport to the main roads in Da Nang city center and other main routes to My Khe Beach and Non Nuoc Beach. 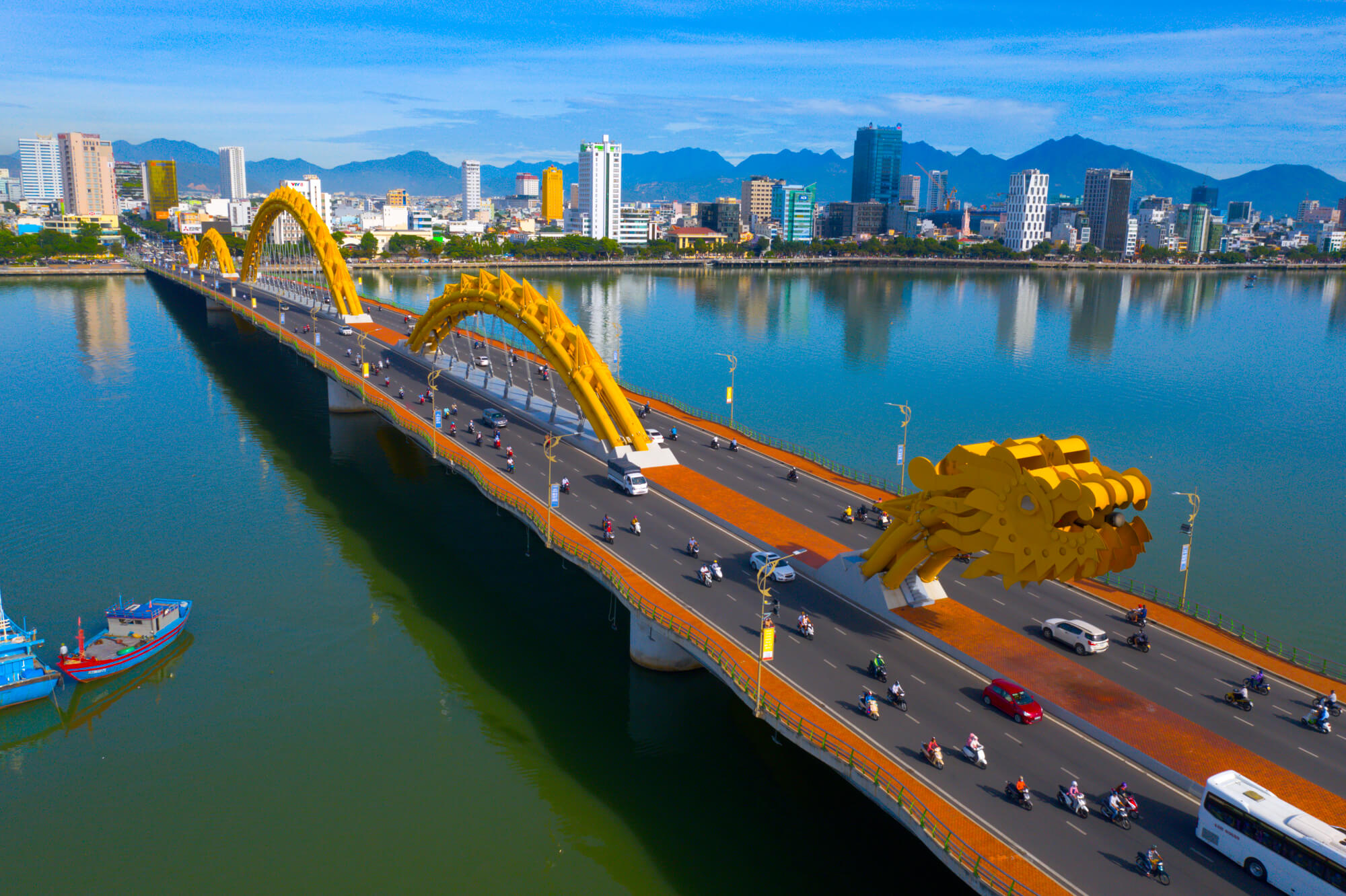 The story of unique architecture

The first impression of Dragon Bridge is its architecture which illustrates the shape of a golden dragon. The design of Dragon Bridge was correlated with the history of contemporary architecture art in Da Nang. To choose the most outstanding design for Dragon Bridge, a competition was held to find the best architects. Two consulting engineers from the US-based made an inspiring design of a flying dragon with a tail featuring the pattern of a blooming lotus flower. The traditional beliefs said that the dragon symbolizes power, virtue, and good fortune while lotus is the national flower of the idyllic Vietnam countryside. It is how Dragon Bridge becomes an iconic architectural site in Vietnam. 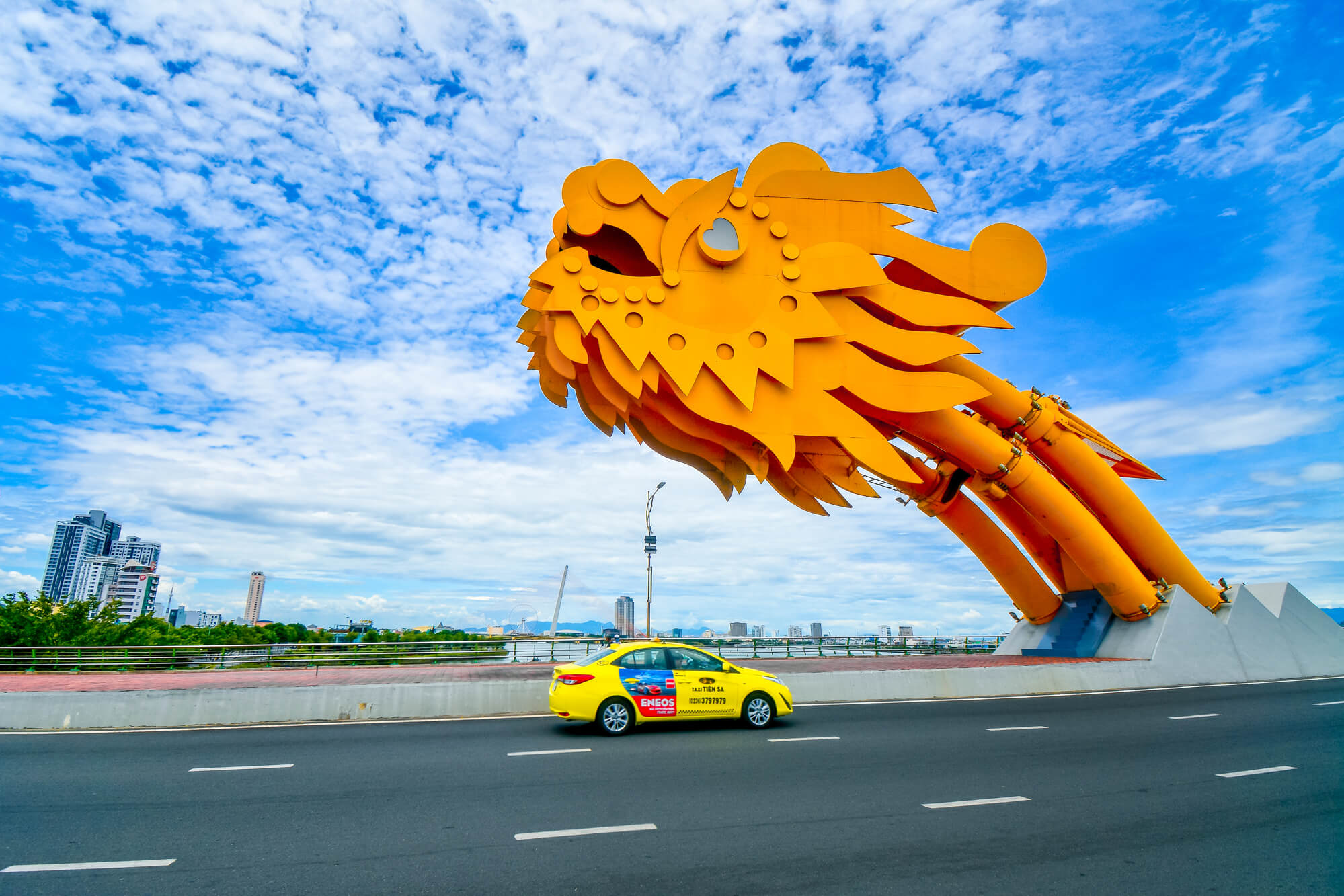 The unique design of Dragon Bridge

What to expect at the Dragon Bridge

Thanks to the sumptuous architecture, Dragon Bridge is among the most popular attractions to visit in Da Nang. Many traveling photographers visit there to catch the best sight of the golden giant dragon crossing the Han River.

The most spectacular sight can be captured at night when a dazzling display of colorful LED lights makes Dragon Bridge pretty cool. The evening is also the best time to soak up the chilling atmosphere and enjoy some occasional events in Danang. 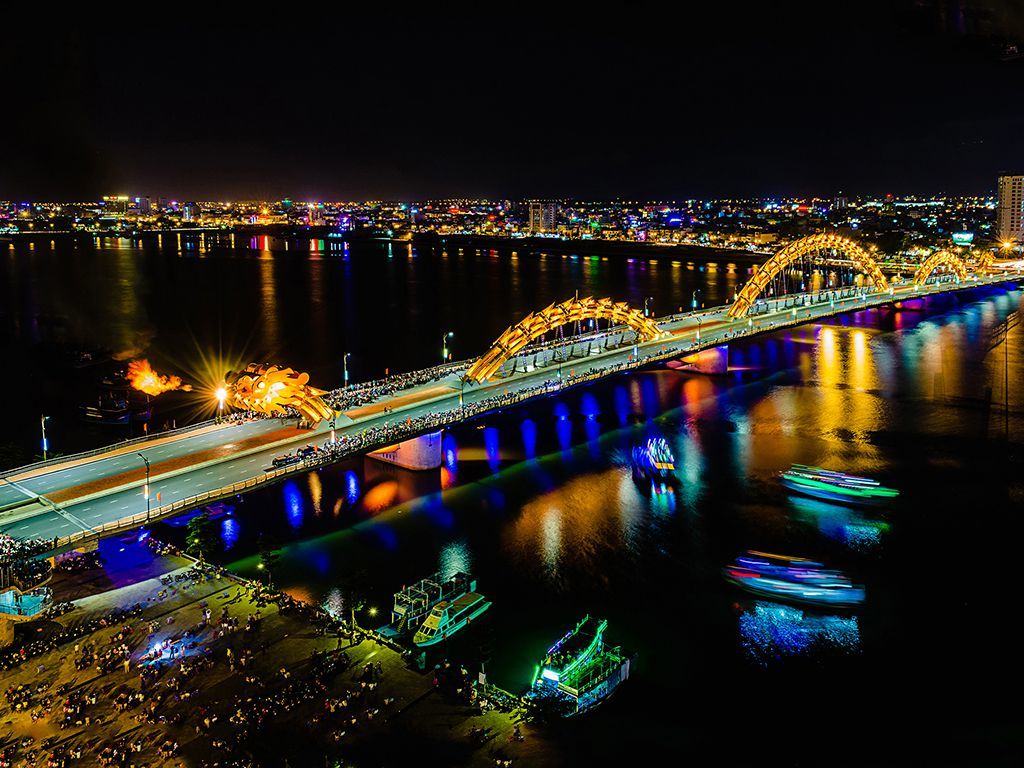 At weekends, visitors can feast their eyes on fantastic performances of fire- and water-breathing without paying a penny. Don't miss out on the chance to enjoy these exciting moments at 9:00 pm on Saturday and Sunday nights.

In mid-June and July every year, Da Nang holds the international fireworks festival which offers the most stunning view overlooking the Dragon Bridge. 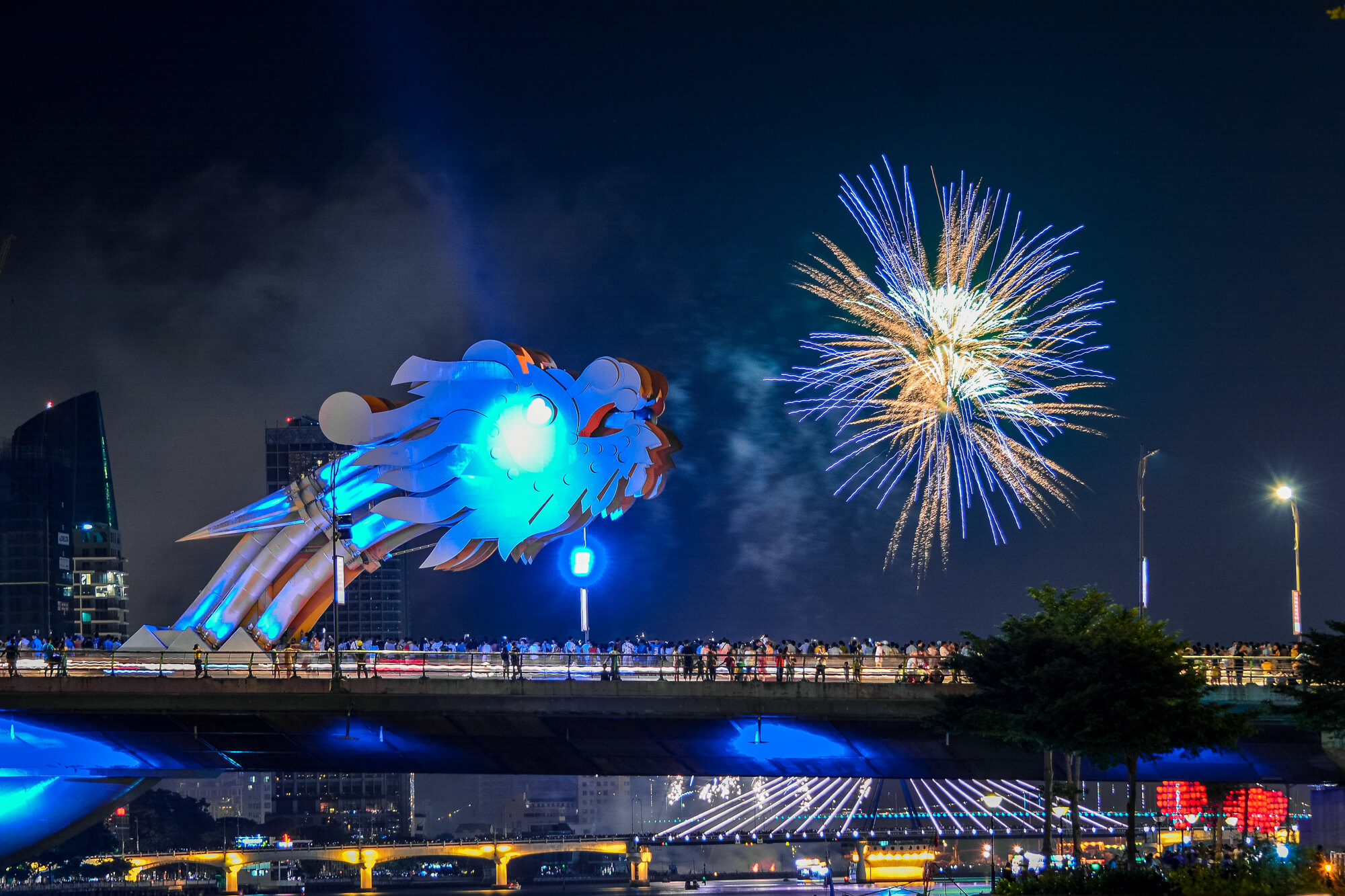 The riverside of Dragon Bridge offers a diversity of riverfronts bars, cafes, and restaurants. Here, you can admire the wonderful view of the bridge. Or else, you can book a boat tour to cruise along the Han River.

How to get to the Dragon Bridge

If you are from the city center, head to Tran Phu Street to the end of the street. On the left side, you will reach the Dragon Bridge.

There are various ways to get from Hoi An to the Dragon Bridge, Da Nang. The bus option only works till 5:50 pm, while a motorbike ride can be flexible at any time. Just head to An Bang Highway then follow the Vo Nguyen Giap Street. You have to pass two roundabouts to reach the Dragon Bridge. Besides, you can choose to move around by taxi or shuttle bus.