The Grand Circuit might take three or more days, spreading over 26 kilometers with Preak Khan, Neak Pean, Ta Som, East Meabon and Pre Rup and showing a richer and more side of Khmer architecture.

The Angkor complex of temples was divided the French archaeologists into two circuits: the Small Circuit and the Grand Circuit. From Angkor Wat, the Small Circuit is a loop of 17 kilometers with major temples such as Angkor Thom, Ta Phrohm, Banteay Kdei as well as minor ones as Baphoun, The Terrace of the Leper King, Terrace of the Elephants, the Twelve Prasats, Spean Thma and Sras Srang. While it takes about a day and a tuk tuk to explore the Small Circuit, the Grand Circuit might take three or more days, spreading over 26 kilometers with Preak Khan, Neak Pean, Ta Som, East Meabon and Pre Rup and showing a richer and more side of Khmer architecture. 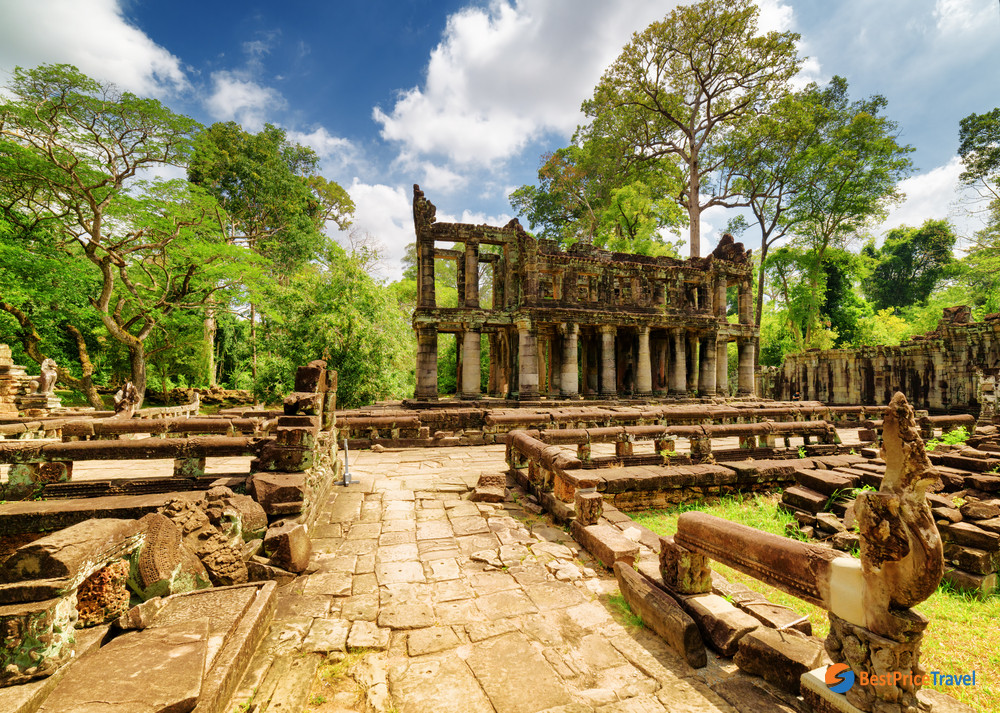 Preah Khan, or Prah Khan (means The Holy Sword) was built in the 12th century as Jayavarman VII's first capital, before the completion of Angkor Wat. Similar to Ta Prohm, the temple is mostly un-restored with numerous figs crawling up the walls, a great combination with some excellent carvings. Just 03 kilometer north of Angkor Thom, Preah Khan has less tourists and is well worth a stop. 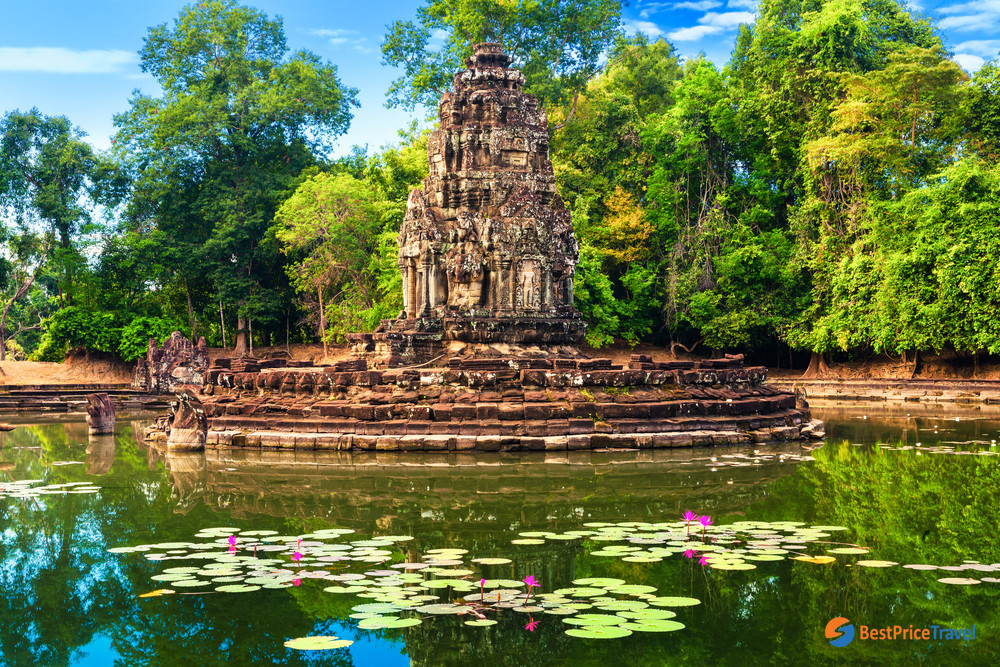 Neak Pean (The Entwined Serpents), a Buddhist temple built on an artificial island during the reign of King Jayavarman VII, makes another interesting stop. Orginally designed for medical purposes, it was based on the ancient Hindu belief of balance. Four connected pools represent Water, Earth, Fire and Wind was believed to balance the elements within the bathers; a central water source in the middle with a tower accessible by a causeway over the pond.

Ta Som is also a Buddhist temple built during the reign of King Jayavarman VII in 1186 and dedicated to the memory of his father. The temple with 02 surrounding walls includes a gallery of beautiful and well-preserved carved reliefs of apsarasas and devatas, a moat and two cross shaped terraces, decorated with nagas (snakes) for access to the sanctuary inside. 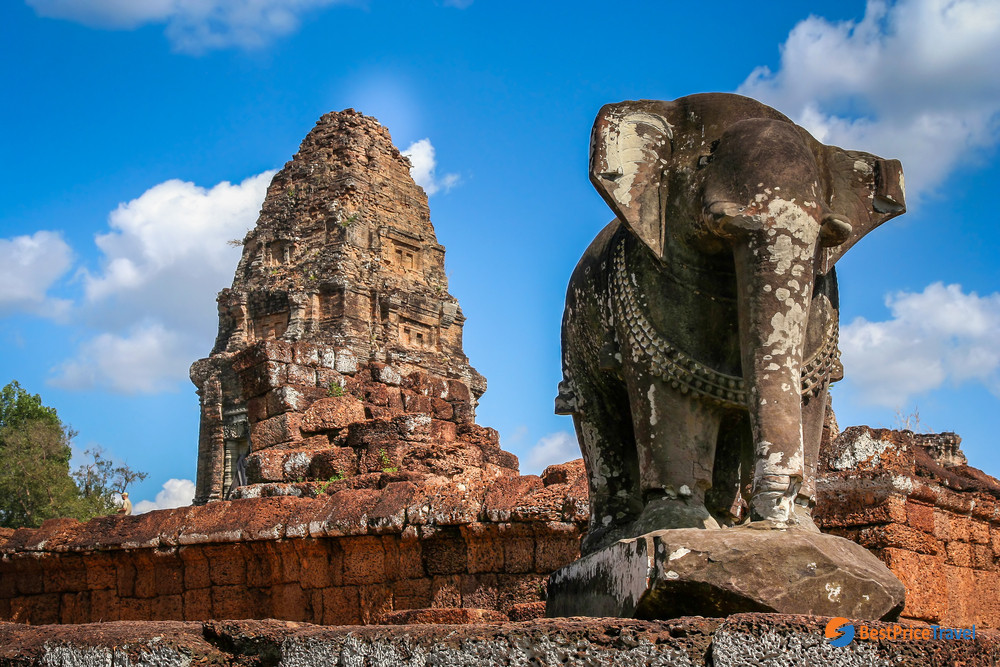 East Mebon is another temple in a neglected state, but is best known for its massive (restored) elephant statues. Dedicated to the Hindu god Shiva and honors the parents of Rajendravarman, its location north-south axis with the king’s state temple as the Khmer architects’ concern with orientation and cardinal directions. The sculpture at the East Mebon is varied and exceptional, including two-meter-high free-standing stone elephants at corners of the first and second tiers, the god Indra atop his three-headed elephant Airavata, Shiva on his mount, the sacred bull Nandi, etc.

Pre Rup: Built a decade later, Pre Rup (literally Turn The Body) is a temple-mountain is quite similar in style to East Mebon and also dedicated to Shiva, reflecting a Cambodian belief about conducting funeral in the temple. Preah Rup's extensive laterite and brick give it a pleasing reddish tone that is heightened by early morning and late afternoon sunlight and the nearby jungles and rice paddies offers a favorite spot for such times.