Thailand has many famous sacred spiritual destinations, of which, Khao Chi Chan, also called Buddha Mountain, is definitely a site not to be missed in anyone's Thailand travel itinerary.

Khao Chi Chan, also known as Buddha Mountain, is a famous beautiful destination located in Chon Buri province, just 15 km from Pattaya - the island paradise of Thailand. Prominent among the majestic nature and the pristine beauty of Khao Chi Chan is the famous statue of Sakyamuni Buddha sitting in the meditation position on a high cliff. The statue is over 100 meters high, about 70 meters wide and is made entirely of 24-carat solid gold. 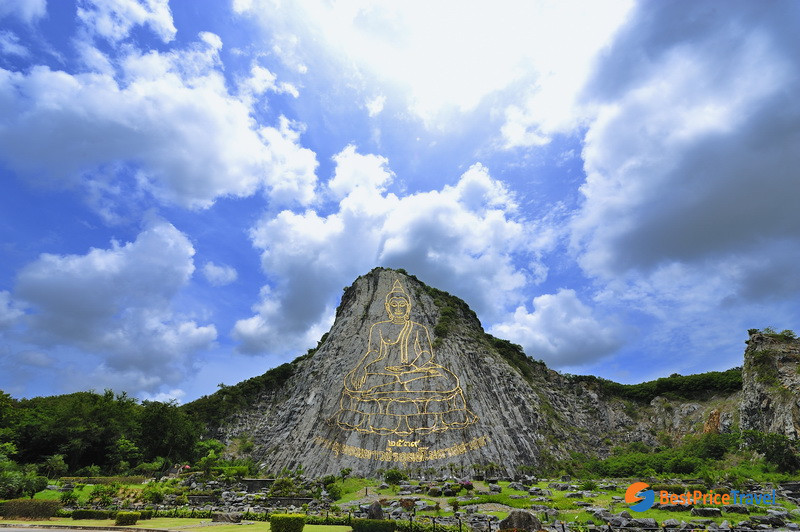 Khao Chi Chan’s statue was built in 1996 on the celebration of King Rama IX's reign of Thailand for 50 years. King Rama IX was highly respected by the Thai people and worshiped as a living saint even though the country's power was in the hands of the prime minister and parliament. King Rama IX is also famous for being a great contributor to the agricultural development - the country's main economic sector - when successfully bred many high-quality plant varieties and famous fruits for the country. In addition, he also regularly helped those in difficult circumstances, which gained most of the love from his people.

An ancient legend recounted that, at night, on this sacred mountain appeared an aura shining through the top of the mountain. This glow only appeared for a moment and then disappeared. Many people said that this light had a picture of the Buddha sitting on a lotus. In 1996, when King Rama IX was seriously ill, his son tried to find the best doctors to treat him yet he failed to recover. Remembering the legend of the sacred mountain, the Crown Prince and 30 elders of the country went on a pilgrimage and proceeded to cut the mountain in half, and then carved Sakyamuni Buddha of 999kg to make merit for the King. The Crown Prince also wanted the light of the statue to spread throughout the world and bless all mankind. 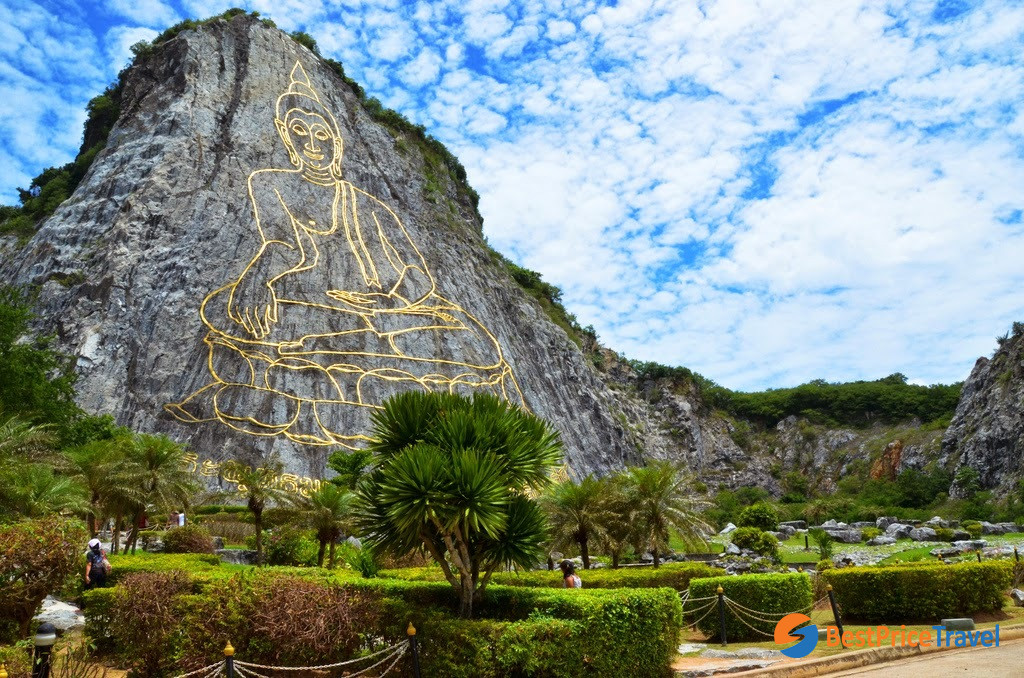 Buddha image was inlaid with 24-carat gold and completed after months of construction, majestically standing on the mountain, under the strict preservation of the Thai Royal. The statue was created in the Sukhothi style with very sharp, meticulous lines, with a prominent Buddha image right in the middle of the sacred mountain. From afar, the sparkling statue highlights the sanctity of the golden temple country. Every year, a lot of tourists come to Khao Chi Chan to admire the majestic beauty of the golden Buddha statue as well as enjoying the pure, peaceful atmosphere, amidst the pristine surrounding scenery. 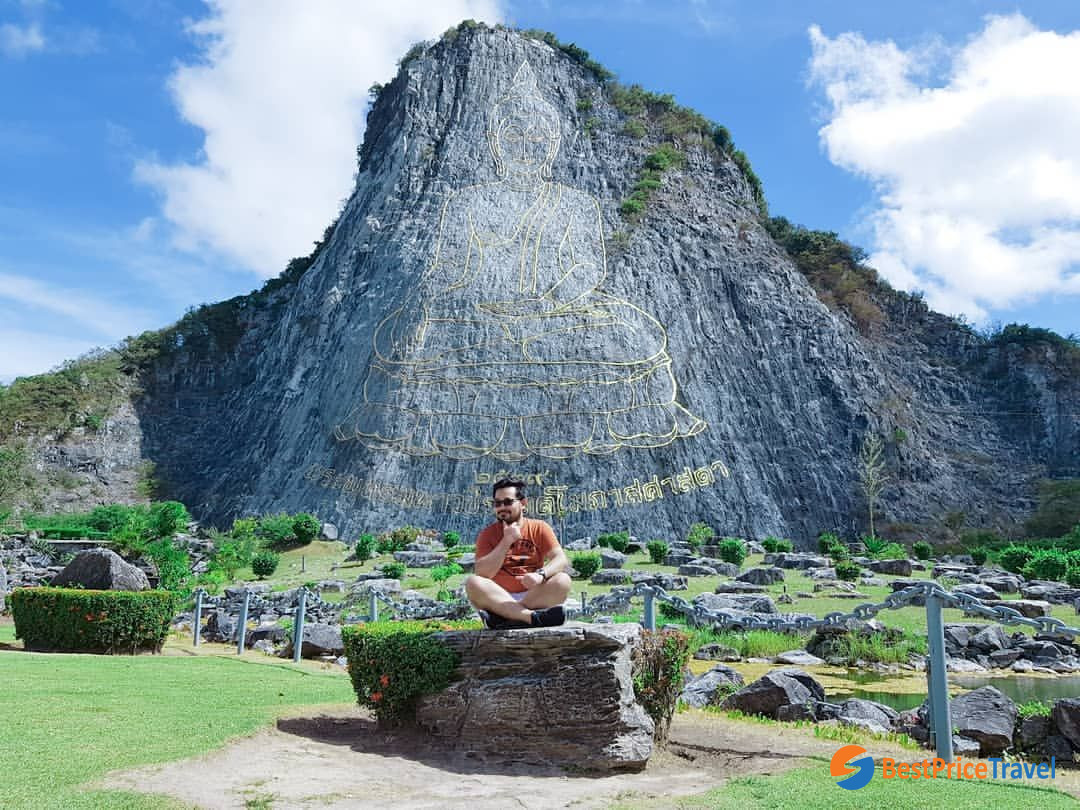 Check-in site for many tourists at Khao Chi Chan

It takes about 30 minutes to reach Khao Chi Chan by taxi. The opening hour is from 6am to 6pm. The best time to visit the Buddha Mountain is early in the morning when tourists are not crowded or late in the afternoon to admire the dreamy sunset.