Minh Mang Tomb or known as “Hieu mausoleum’ is one of the most mystical tombs of Nguyen Dynasty.

Also known as "Hieu Mausoleum", Minh Mang's tomb is one of the most mystical tombs of the Nguyen Dynasty, which is a complex system of 40 beautiful constructions, including a temple, pavilion, palace, etc. Combined between landscape and architecture buildings, the tomb can be considered as a microcosm of Hue Citadel, which is a perfect combination of the manmade and natural beauty of Hue. 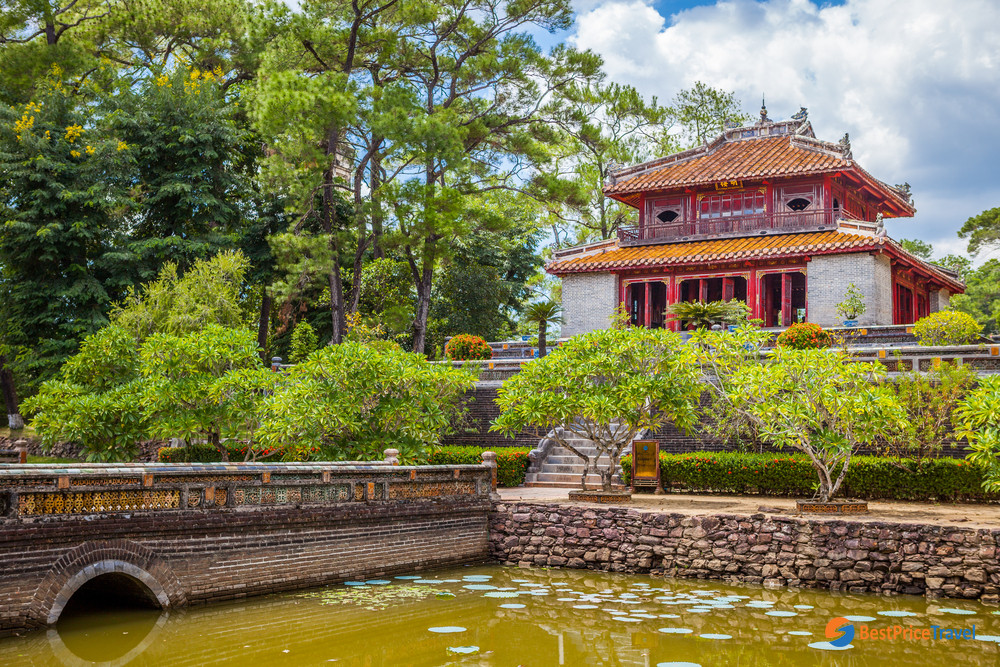 Since 1820, Minh Mang became the most prosperous Emperor of Nguyen Dynasty for 20 years under his rule. He started finding his tomb's finest location after 7 years of being Emperor. Regarding Minh Mang's prudence, in 1940, the chosen location was a charming land at Cam Ke mount, near Bang Lang fork, where the confluence of 2 rivers (Ta Trach river and Huu Trach river) creates Perfume River. Unfortunately, while the construction just started and was in progress, Minh Mang passed away leaving his successor - Thieu Tri Emperor, to continue his father's legacy and finish the tomb within 2 years later. There were 10,000 workers and artisans creating the magnificent tomb. 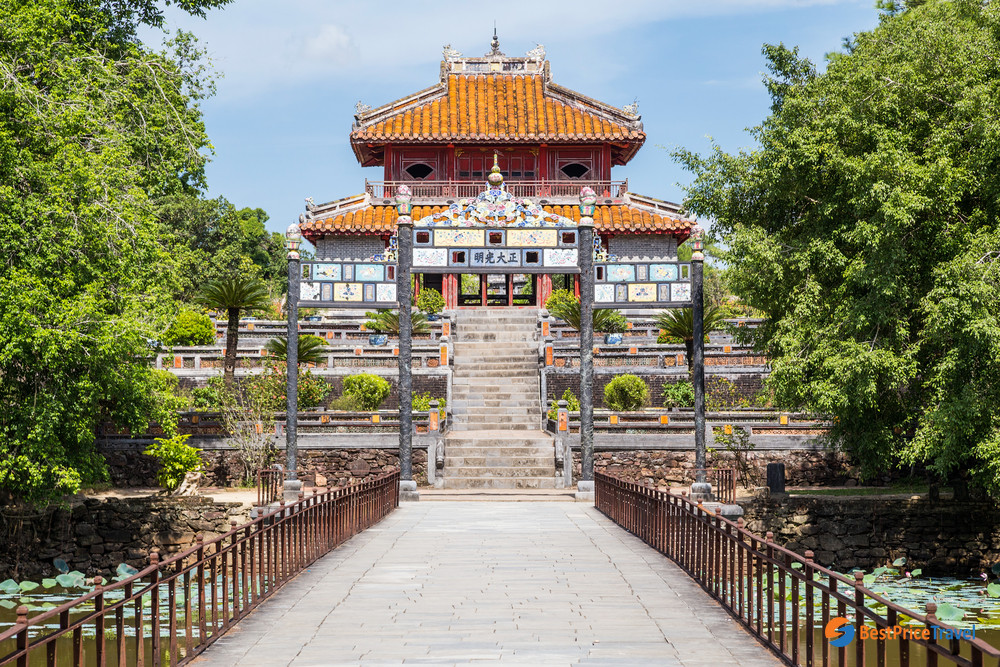 Positioned following a symmetric axis called Than Dao path (from Dai Hong Gate to the foot of La Thanh - the surrounding wall, behind the tomb), all constructions and courtyards comprise of an 18 ha area. Besides the opening Dai Hong Gate, there are 2 other gates called Left Rad Gate and the Right Red Gate. The gates lead to the Honour Courtyard, in which situated 2 rows of standing mandarins, elephants, and horse’ stone statues. On the other side, Stele Pavilion is located on mount Phung Than, where the stele “Thanh Duc Thanh Cong” inscribed with the Emperor’s biography and his son’s merits. Passing through the pavilion and Hien Duc Gate, you may visit Sung An Temple, where Emperor Minh Mang and his wife are worshipped. There are 3 stone bridges connecting the temple, with a marble one reserved for the king only. Heading through Hoang Trach Gate to Minh Lau Pavilion, travelers are amazed by its fabulous greenery beauty. It's placed on top of 3 terraces representing heaven, earth, and water. Right behind the tomb area, there is a crescent-shaped lake called Tan Nguyet Lake (means New moon lake), which embraces the circular wall surrounding the grave called Buu Thanh. 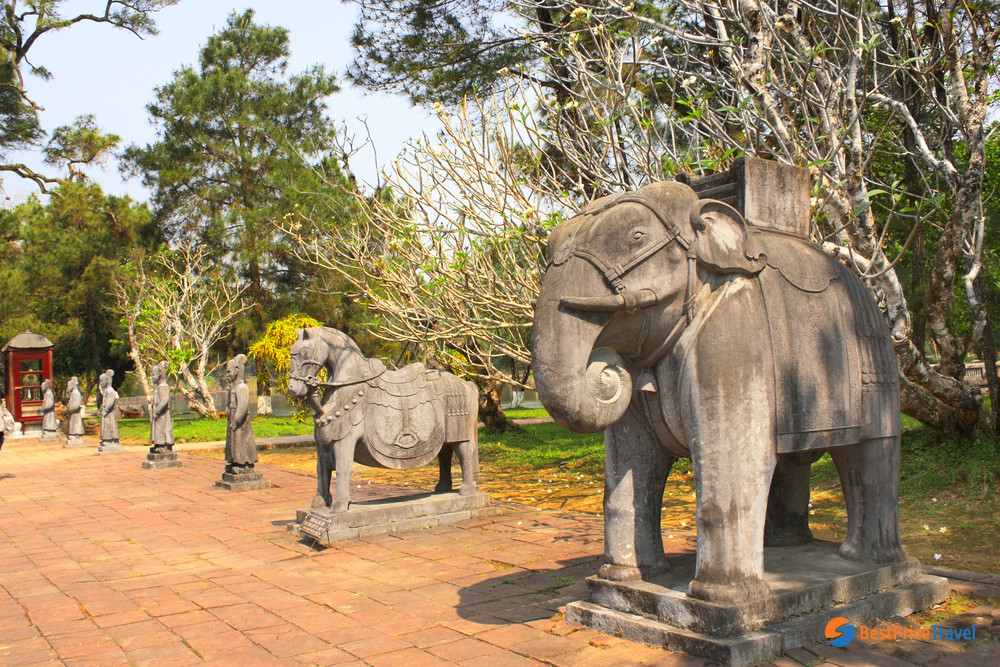 Located about 12km from Hue, near Khai Dinh’s Tomb, Minh Mang’s Tomb can be reached by tours, xe om (motorbike taxi), cyclo drivers from Hue center. They charge about $5 per adult and $1 per kid as an entrance fee for maintenance purposes. It is suggested for tourists to come during the sunny season (April to September) to avoid rainy weather from October to March and enjoy the trip at its best.