Mukdahan is one of Thailand's seventy-six provinces, a gateway to other Indochinese countries. This province history dated back from the late Ayutthaya period over 200 years ago and has had a long relationship with the people in Savannakhet Province of Laos. Mukdahan is home to 8 ethnic minorities: Thai Isaan, Phu Thai, Thai Kha, Kraso, Thai Kaloeng, Thai Yo, Thai Saek, and Thai Kula.

This 4,400 km² province has an abundant natural beauty to attract everyone coming to visit: tranquil atmosphere, beautiful riverine scenery. There is a lively cross-river trade-in Mukdahan, making it a bustling and fascinating market town. The market sells goods not only from Thailand, but also in Lao, Vietnam, or China.

San Chao Pho Chao Fa Mung Mueang: is a shrine, located on Song Nang Sathit Road. It is believed to be built at the time of the founding of the city, during the tile Ayutthaya period. The shrine is considered a sacred and holy place that brings peace and prosperity to the people of Mukdahan.

San Chao Mae Song Nang Phi Nong: is another important shrine of the Mukdahan people. It is on Samran Chai Khong Road next to the Mukdahan immigration checkpoint. The shrine was originally built of wood and rebuilt later with concrete. Every year, on the full moon day of the sixth lunar month, around May, there will be a celebration for both shrines. Do not miss this celebration if you come to Mukdahan in May

Wat Si Mongkhon Tai is a temple, situated near the immigration checkpoint of Mukdahan. It is home to the important Buddha image of Phra Chao Ong Luang with 2-metres wide by 3-meters high, which predates the city's founding. The temple also owns another image of a steel Buddha with its top part protruding from beneath a Bodhi Tree. 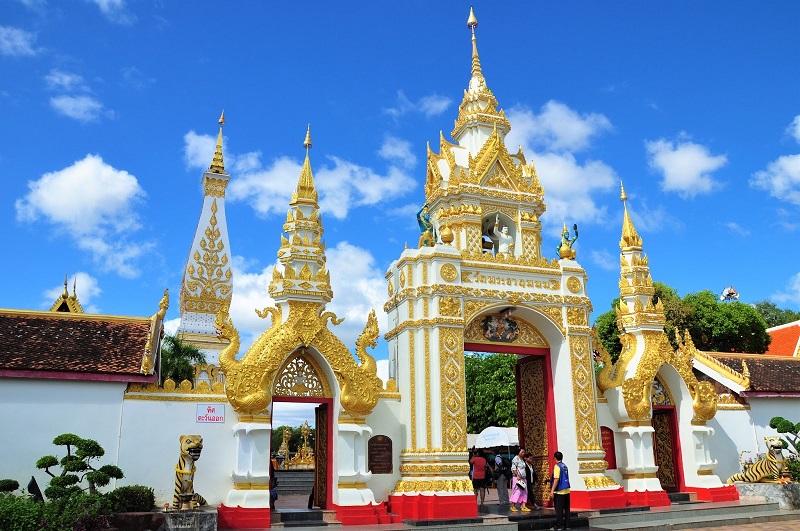 Phra Phuttha Sing Song: is a Buddha image at Wat Si Bun Ruang (Ban Tai) on Samran Chai Khong Road. This bronze image with 1-metre-wide and 1.2 meters high was brought from Vientiane to Mukdahan when the city was built. There is a ritual held annually in April during the annual Songkran Festival (the traditional Thai New Year) to pay homage to the image. 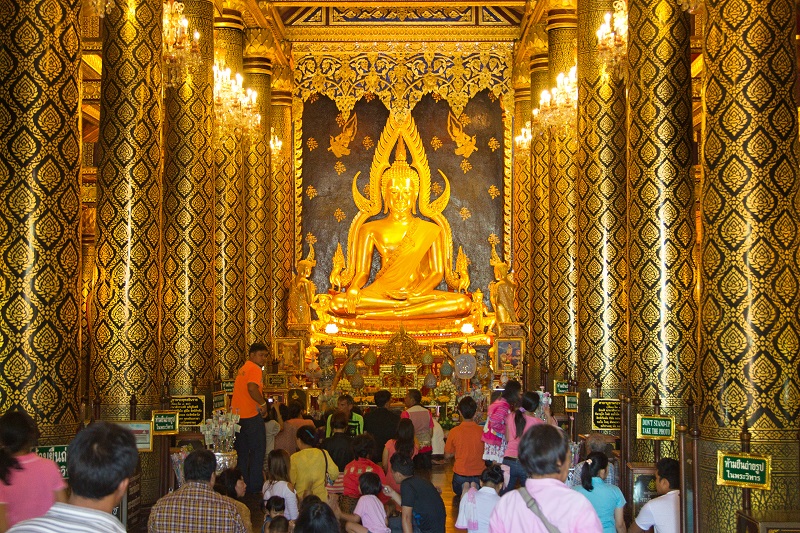 Ho Kaeo Mukdahan is a 65-meter-high tout the Sing Songwer, located 2 kilometres on the outside of town on the Mukdahan-Don Tan route. The lower floor of the tower features an exhibition on Mukdahan's history, arts, and culture from past to present. The top floor is an observation room where visitors can enjoy panoramic views of the Mekong River, Savannakhet, and Mukdahan. It is open daily 8.00 a.m.-6.00 p.m. 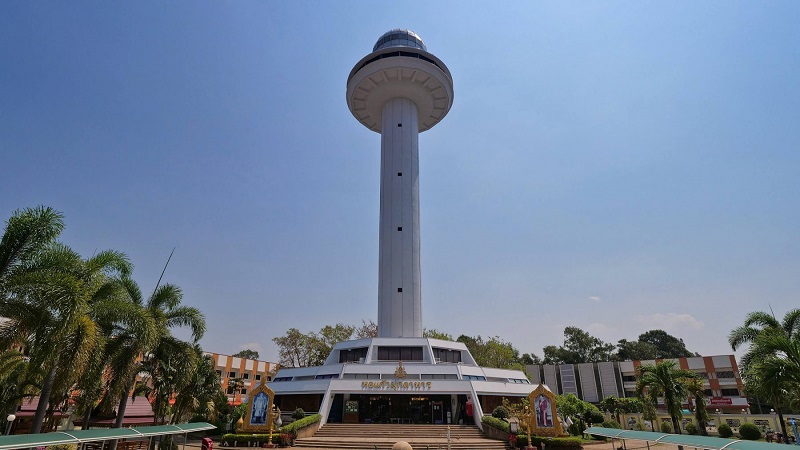 Mukdahan National Park: has an area of 48.5 square kilometres and consists of many high mountains. The highest peak is Phu Chom Si, which is 420 meters above sea level. The forest inside the park is a hardwood forest and is the source of several waterways. Some parts of the park are steep cliffs and wide rock plateaus. The most striking of these is Phu Pha Thoep where rocks of peculiar shapes abound. Coming here at the end of the rainy season in October, you will see flowers of different colors bloom from the rocks, giving the park magnificent colours.

How to get to Mukdahan

By bus: There is a daily bus from the Bangkok Bus Terminal (Chatuchak or Mo Chit 2) to Mukdahan. It is about 11 hours on the bus.

By plane: Thai Airways does not operate any direct flight to Mukdahan. You can fly from Bangkok to Ubon Ratchathani or Nakhon Phanom and then take a bus to Mukdahan.

Ruam Phao Thai Mukdahan and Makham wan Chai Khong Fair: This fair is held annually from 9 to 17 January in front of the Provincial Hall to promote the province's products and tourism attractions. Coming to this festival, you will have a chance to buy a lot of local products, or see a procession of people dressed in various tribal costumes, a sweet tamarind contest, the Thida Phao Thai pageant, and folk art performances.