Pakbeng is a small town that lies half-way between Luang Prabang and Huay Xai. Not much to offer on activities for nightlife souls, it does offer a quiet atmosphere for a good night's sleep and sunset views with some particular scenic scenes of Laos' rural area.

Pakbeng, meaning ‘mouth of the river’ in Lao, is a rustic town in the northwest corner of Laos. Situated near the Thai border, Pakbeng is literally a major transport route towards two provinces of Huay Xai and Luang Prabang. It can be easily reached by travelling on the Luang Say Cruise which travels both up and down the Mekong River several times a week. As the Mekong River was the only real transport option for cargo for centuries, Pakbeng developed as an overnight stop for the cargo and ferry boats.

It is a spectacular route and therefore remains popular with visitors to Laos keen to experience ‘river life’. Since most tourists to Pakbeng come by slow boat, arriving late and leaving early, many people think the port area around the landing is Pakbeng. 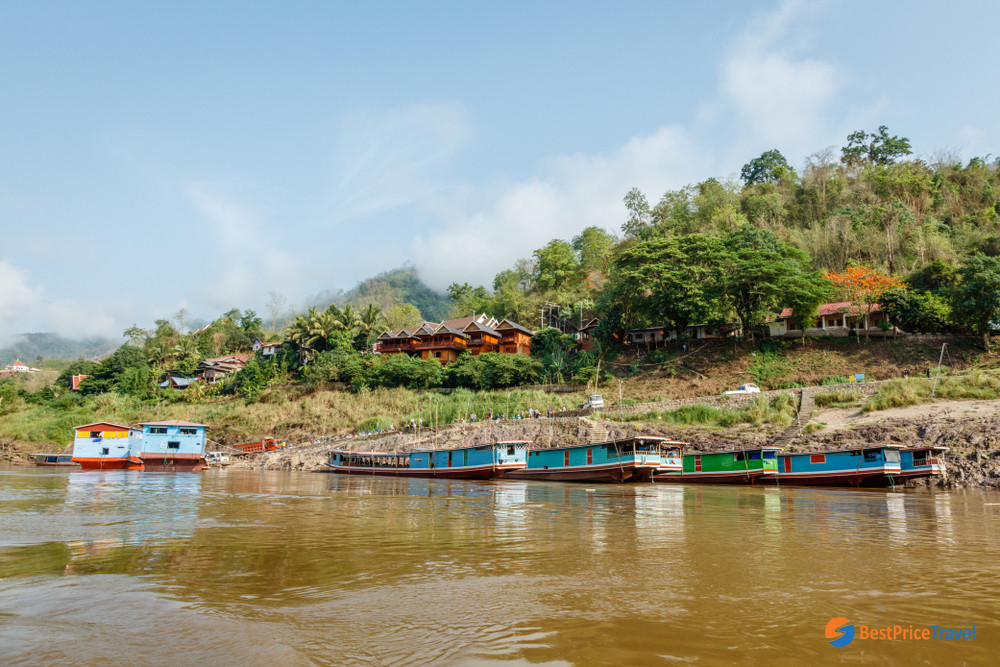 The rural river life in Pakbeng

Once extremely poor, it is now growing rapidly, with even a few big mansions going up. The town’s change of fortune is due to its role as an important trading post; goods from Thailand come down the river from Huay Xai and then make their way up into the interior from here. Tourism has also been a big advantage for the town, with the slow boats alone disgorging up hundreds of hungry backpackers a day. In term of ethnicity, H’muong and Tai tribes make up most of residents in the surrounding villages.

Pakbeng itself is tiny and unremarkable because of its little sleepy charm. However, spending one day en route in Pakbeng will give you a chance to discover the beautifully laid-back scenery and enjoy the pleasantly laid-back atmosphere to save your energy for upcoming departure. Pakbeng offers several pretty temples including a 400-year-old temple called Wat Kokkor Temple, a quaint example of a former Lanna Kingdom Buddhist temple; a local market selling a variety of products such as dried buffalo skins, frogs-on-sticks, pigs-face, buffalo hooves and local foods. 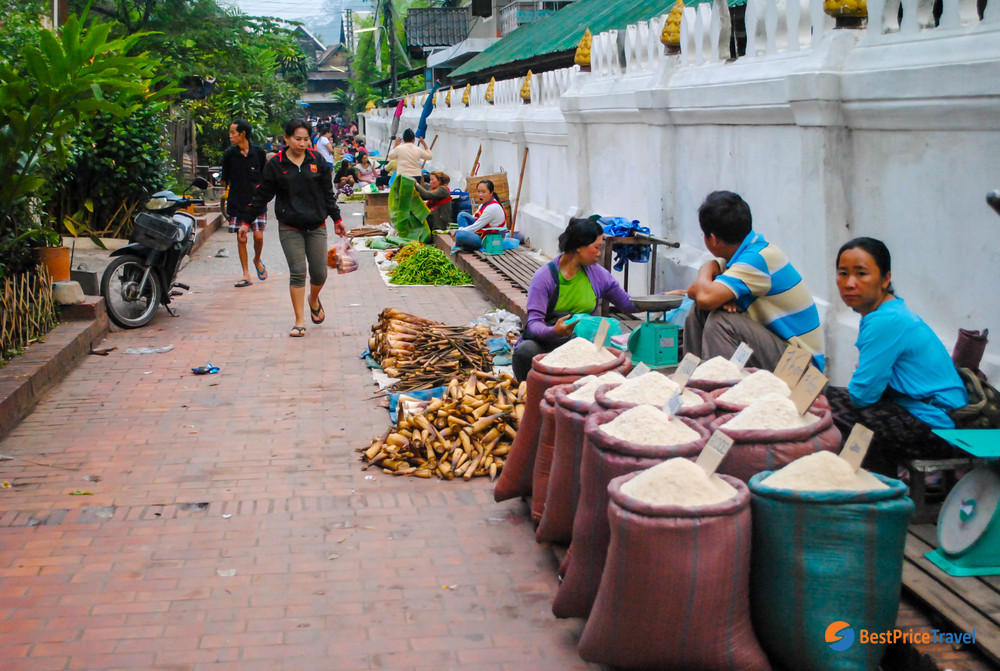 The local morning market in Pakbeng

There is only one road through the town, so you can easily find a guesthouse or restaurant in the centre while local hill tribes live in nearby villages. To gain an authentic Lao experience, you can sit down in a small coffee shop to savor the freshly made baguettes or chocolate muffins whilst relaxing with a coffee and watch the daily flow of rural life.

The weather in Pakbeng can be divided into 4 seasons with literally high average temperatures and a fair chance of precipitation about half of the year. Spring, which starts from March to May, is the slowest for tourism due to the hottest months. In contrast, from December to February, winter is the busiest time since there is the lowest chance of precipitation and an enjoyable warm weather for tourists. Besides, summertime is the second busiest season for tourism in Pakbeng.

It’s understandable to call Pakbeng sleepy because you may experience power outages even in the touristy center. Most of the town is shut down by 10 pm, so remember to bring a torch or mobile when you’re go out at night. However, it’s such a safe place that you can enjoy your good night sleep except the annoyance of mosquitos and monkeys. 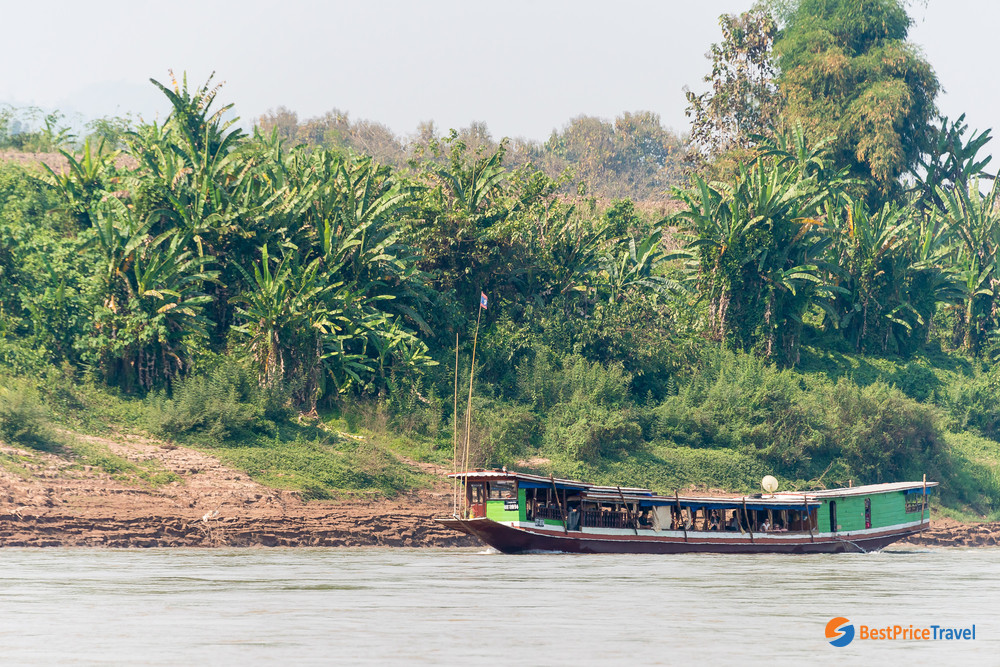 Most visitors have a stop here over-night on the boat trip to Luang Prabang. The slow boats transport around 9 am every morning from Laos land port and the dropping off boats normally arrive at 5 pm. It`s also possible to arrive by speedboat en route to the north. Apart from the waterways, you can reach Pakbeng by bus but this is a rough and long option. To get around the streets, you can go on foot because most of the guesthouses are along the first 50 meters of the main streets.