Reunification Palace or Independence Palace is a famous architectural work built by the French in Saigon. Reunification Palace was ranked as one of the first 10 special national monuments of the country in 2009. It attracts a large number of domestic and foreign tourists to visit and is also a meeting place, receiving guests of all levels. Let find more information about Independence Palace Saigon in this article.

Where is Independence Palace Saigon and how to get there?

Where is Independence Palace

The Reunification Palace is nestled in District 1, which is also the center of Ho Chi Minh City and close to other tourist attractions such as Notre Dame Cathedral, 30/4 Park, Central Post Office, etc. This place has the front gate facing the intersection between Le Duan Street and Nam Ky Khoi Nghia Street, so do not find the exact location. 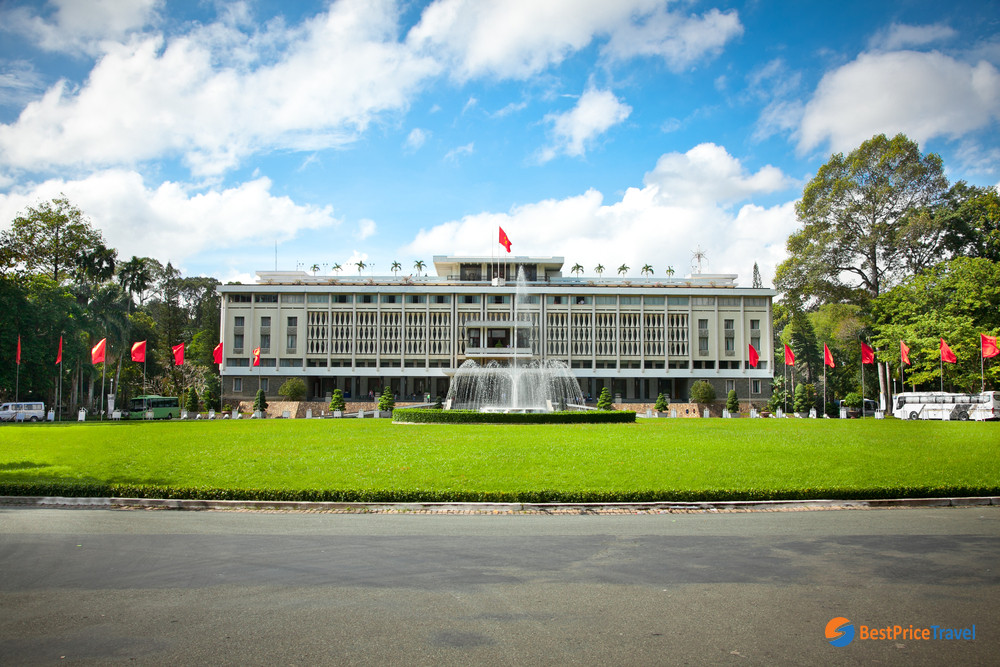 You can get to Independence Palace by motorbikes, buses or on foot

If you are staying in District 1, you can walk to the palace which is around 15 minutes. Some tourists may see it difficult to find this place, so you can take a taxi which cost not too high. For those who want to save money, they can choose the bus. The bus stops very near the palace. Please see information for some buses to Independence Palace below:

The History of Saigon Independence Palace

The Independence Palace was built during the French colonial period. On February 23, 1868, the Governor of Cochinchina Lagrandière held a groundbreaking ceremony for the construction of the Cochinchina Governor's Palace in Saigon.

In 1962, a bombing caused the main left-wing and the gate of the Independence Palace to completely collapse. Ngo Dinh Diem decided to rebuild the mansion right on the old ground.

The new palace is 26m high, located in a 12ha campus, with an area of ​​​​about 4500m2. Independence Palace has 3 main floors, 2 mezzanines, 2 basements, 1 terrace used to park helicopters. The whole Palace has more than 100 rooms decorated in different styles to suit its purpose.

In 1975, Vietnam gain victory and reunited the whole country. The Independence Palace was the place where the Vietnamese Revolutionary Army won the battle. Nowadays, the Independence Palace is a special national monument visited by numerous domestic and foreign tourists. The place is also a meeting destination for guests of all levels and city leaders.

Independence Palace was designed by architect Ngo Viet Thu who was the very first Vietnamese to win the Khoi Award in the category of architecture, and still the only one so far. He is successful in putting the Reunification Palace's interesting history on display. 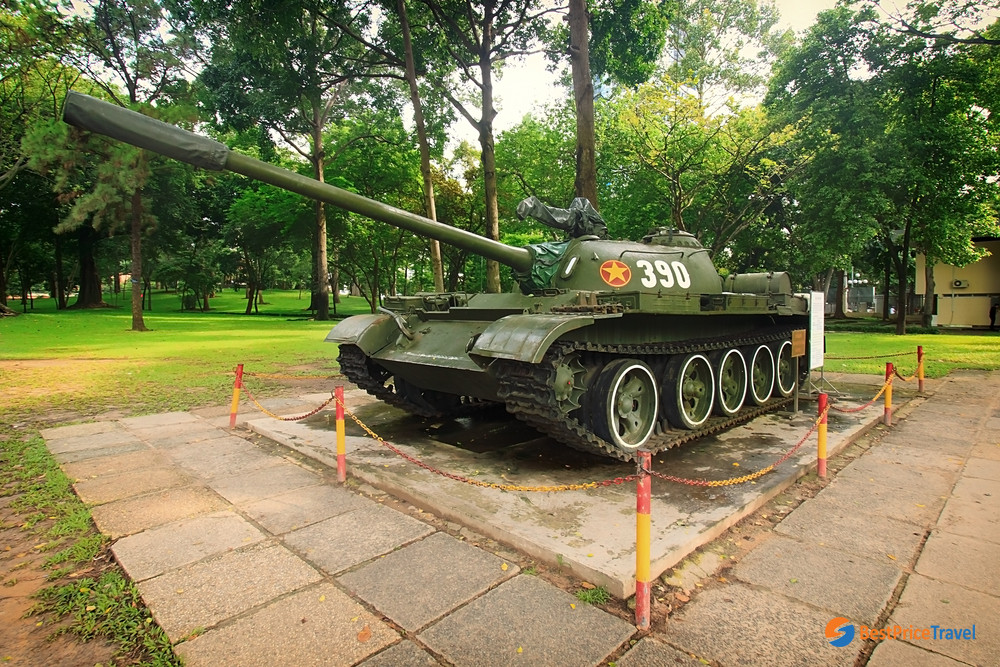 The palace covers an area of 12 hectares, which is spacious and airy. The palace grounds are surrounded by trees. The two of the original tanks that broke through the gates are still parked there.

It is composed of five floors. The ground floor has a set of rooms used for meetings and other events. The other floors have many rooms equipped with antique furniture or possessing many items on display in a museum. The palace looks plain from the outside, but it is fancy inside with many rooms such as a game room, a library, a cinema, a rooftop club, a ballroom, the Residence of the Presidential family… 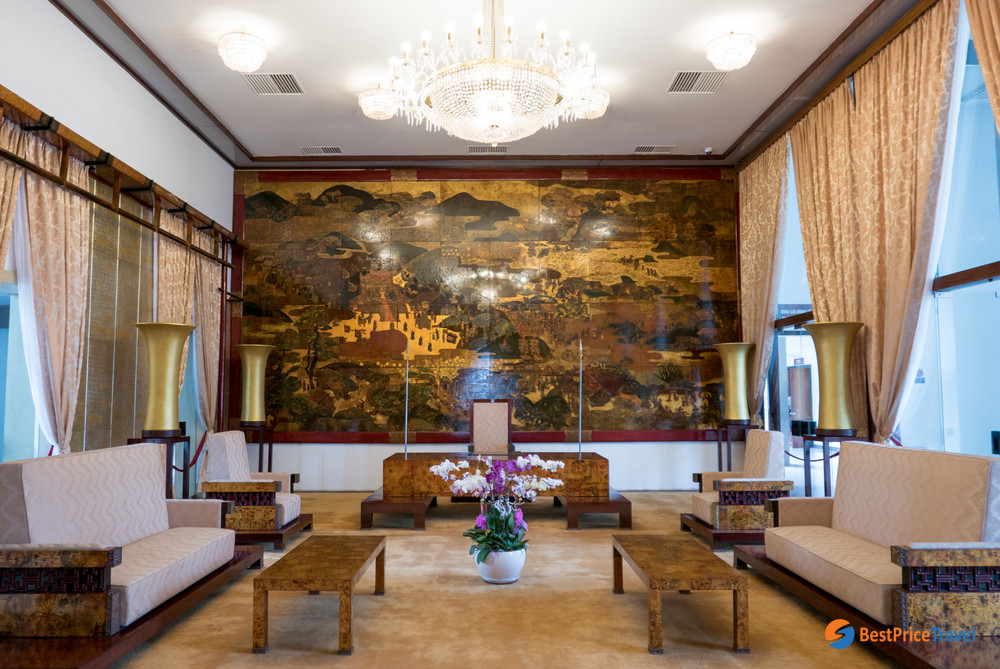 Tips for the best experience at Independence Palace Saigon

The Reunification Palace is an honorable place, so there are strict rules you need to follow when entering this place.