Hanoi City, the capital of Vietnam, is the sophisticated combination of ancient streets, colonial legacy, modern outlook and colorful culture. Let's explore the enchanting Hanoi through the experience of local people.

Hanoi has four seasons, and as the city is in the northern hemisphere, which means the chilly winter starts in December and steaming summer hovers around July and August. It is impossible to give exact predictions of the Hanoi weather each month, or even each season, as temperatures, rainfall and sunshine can change from day to day – and often do. But we can offer some general suggestions.

Monsoons sweep through northern Vietnam from April to October, adding heavy rains to the hot weather. The torrential downpour can cause flooding, cancel trips to Halong Bay and drive up the humidity. For those who want to stay dry, the best time to visit Hanoi is between October and March. Travelers planning to visit other parts of Vietnam might want to wait until December, as typhoons can hit the central coast as late as November.

Hanoi is extremely hot during the summer, from June to August, which is another reason to avoid coming during the rainy season. If it reaches 100oF in the summer, the fall and spring months are generally in the 70s and low 80s. While travelers can still experience rains in September and April, the temperatures are cooler, and visits are still enjoyable. Frommer's recommends visiting Hanoi from November to late April, but the Word Travels guide suggests an earlier range, from September to December. This means the two overlapping months, November and December, are probably a traveler's best bet.

Held in late January or early February, the Tet New Year is one of the best cultural events in the country. The festival officially lasts three days, but most people celebrate for the entire week. Locals typically close shop so this is not a good time for shopping. However, Tet is the time of many colorful parades, festivities on streets and temple celebrations. Interestingly, all Vietnamese citizens become a year older during Tet, not on their actual birth dates, making this a birthday and New Year's party all wrapped into one. 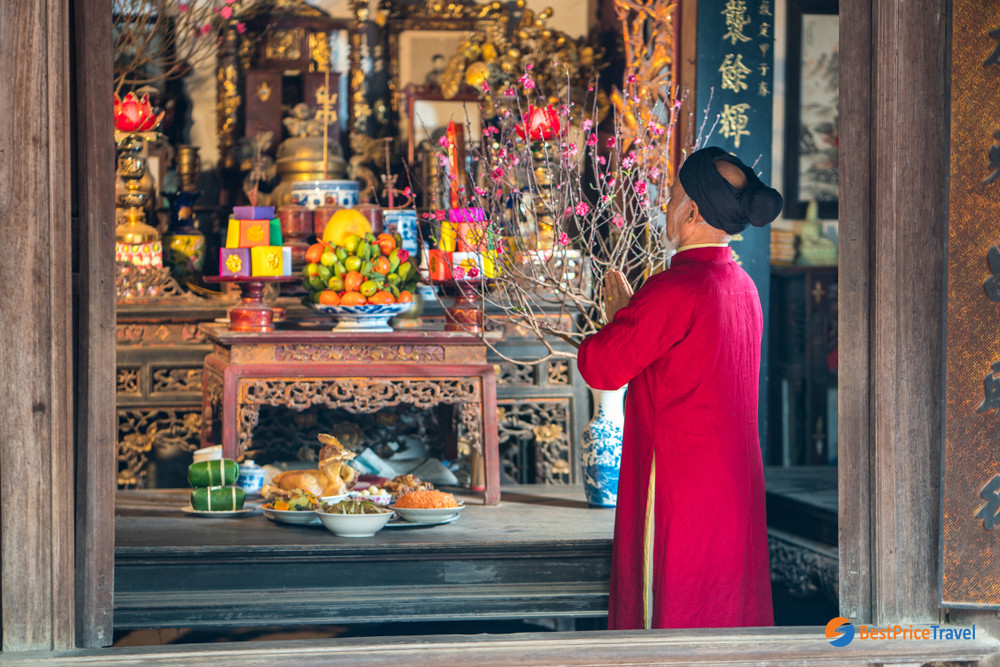 This popular tradition also known as the Moon or Lantern Festival happens each year on the 15th day of the Chinese calendar's eighth month, which is in September or early October for Westerners. During a bright full moon, children carry lanterns through the streets singing traditional folk songs. Dragon dancing and mooncake eating are also traditional activities, and unlike people in other Asian countries that celebrate the festival, the Vietnamese focus their event on the children.

Generally, there really is no bad time to visit Hanoi. Be warned that the cold months can be a bit depressing, and if you hate the heat, do not come in June through to August. Other than that, pack and plan appropriately and do not let the weather spoils your visit. 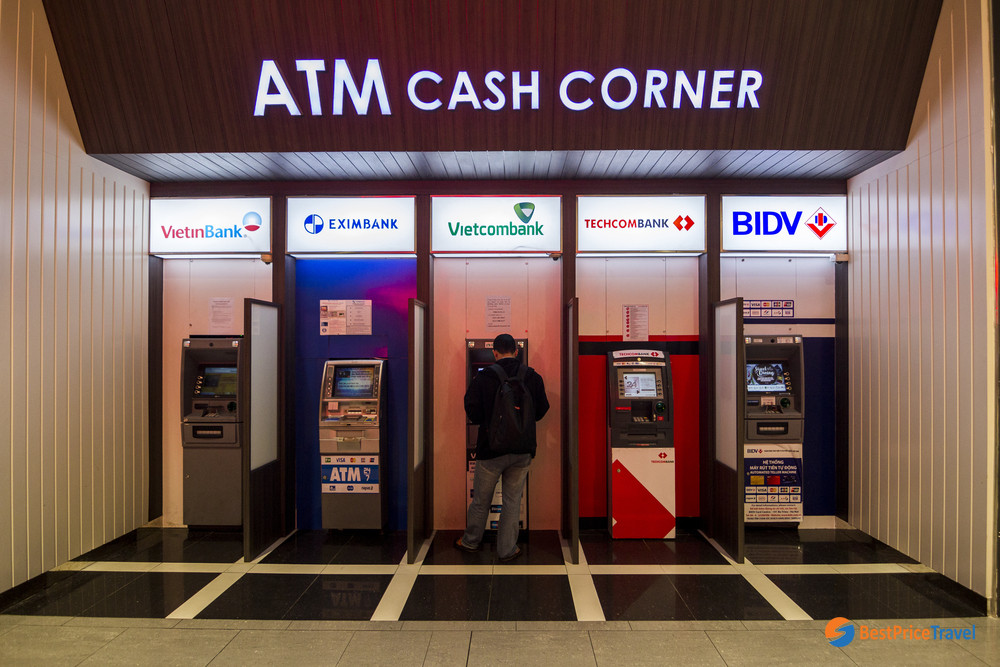 Usually airports and train stations offer better exchange rates than in town due to the local competition, but this is not always the case, especially when there is limited competition.

Most banks will exchange foreign currency, either U.S. dollars or euros, during normal banking hours. You'll also find a few money-changing storefronts along Hang Bac Street in the Old Quarter and around the edge of HoanKiem Lake. Hanoi Sacombank, 88 Ly ThuongKiet (tel. 04/3942-8095), is one to try.

Most major banks in Hanoi and even countrywide now offer ATM service. Look for Vietcombank and Vietin Bank branch locations throughout the city. New ATMs are popping up all over. Ask any hotel concierge where to find one. Consult with your bank office at home to inquire about international ATM usage fees. Most ATMs enables you to get cash from VISA, MASTER CARD, Cirrus, Maestro, Plus and JCB networks, and can be used to get cash advances through your credit card.

Many shops, hotels, and restaurants centered in tourist areas honor Visa, MasterCard and JCB cards. Credit card usage is uncommon among local Vietnamese (banks require a cash deposit on hold), so penetration is comparatively low. Expect to be charged an additional 3-4% on every transaction. If you need cash in a hurry, Vietcombank offers cash advances against your Visa or MasterCard credit card.

The Art of Bargaining

There is one golden rule to shopping in Vietnam: bargain, and bargain hard. “Fixed prices” at most tourist shops are not really fixed at all – the listed prices are about 03 times higher than the last price you can pay if you dicker long enough. Bargaining is an exact discipline, and quite exasperating for the novice traveler who is not used to the grueling back and forth. 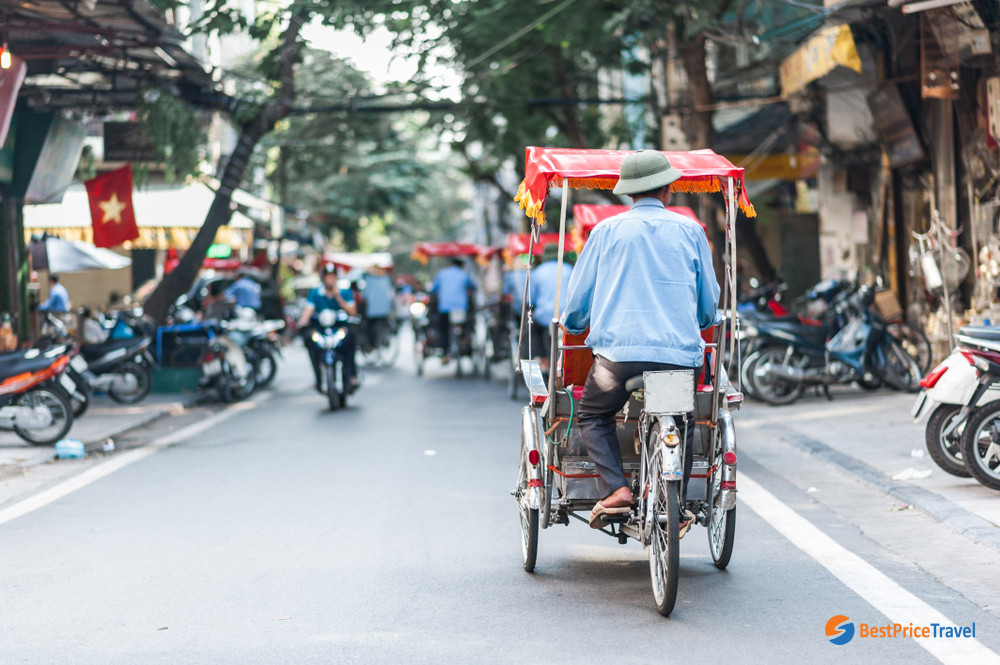 Some reliable Taxi companies are listed below with their own phone numbers.

The average price for short-term motorbike rental is about US$7/day and US$50/week for the most popular motorbike like Honda Wave Alpha.

Note: Helmet and driving license are required by law and make sure to check your travel insurance’s policy accordingly if you intend to rent motorbikes anyway 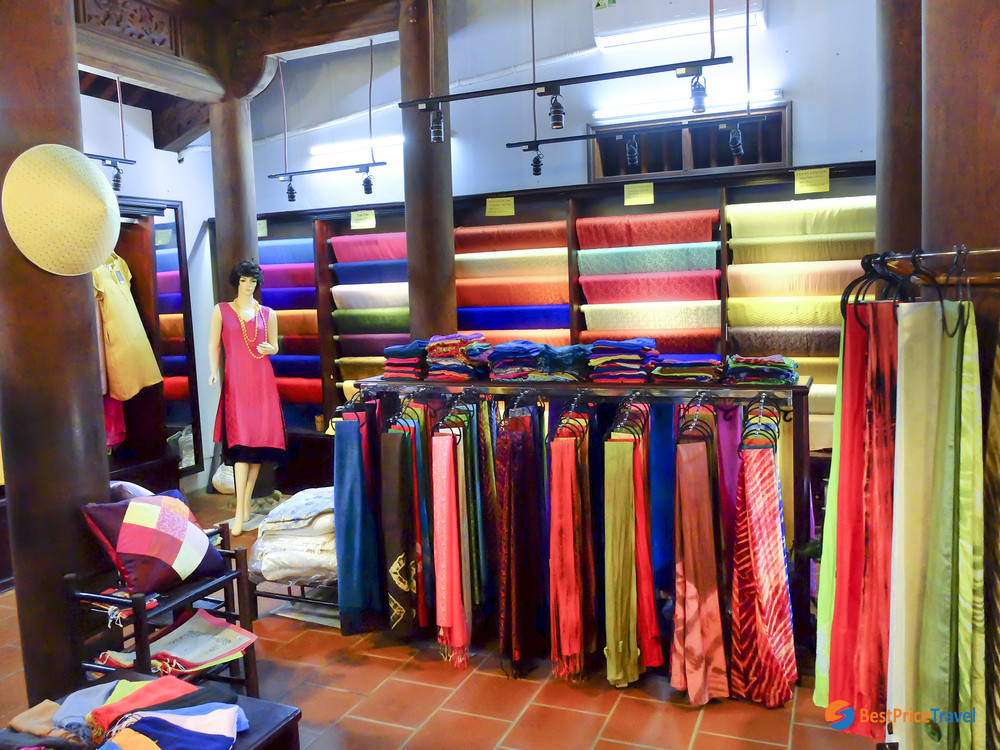 Shopping in Hanoi is famous for its bustling markets and narrow shophouses but there are a growing number of flash boutiques and shopping malls on the rise. The best thing about shopping in Hanoi is that you can do it all on foot, with many streets dedicated to specific trades. Throughout the Hoan Kiem (Sword) Lake and Old Quarter area, you will find stores selling standard Vietnamese handicrafts such as cushions, lacquerware, and linen. Whether you are looking for gimmicky souvenirs such as Vietnamese farming hats or a hand-made silk evening gown, Hanoi can provide.

No matter what time in day or night, a steaming bowl of “Pho” noodle soup is never hard to enjoy. Pho consists of flat rice noodles in a light, meat-based broth. The dish is usually accompanied by basil, lime, chili, and other extras on the side so that eaters can season the soup to their own taste. The balanced taste of sweet, salty, spicy, and citrus are highly contagious; pho usually becomes an instant favourite for anyone. The most two common varieties of Pho are Pho Bo (Beef) and Pho Ga (Chicken). 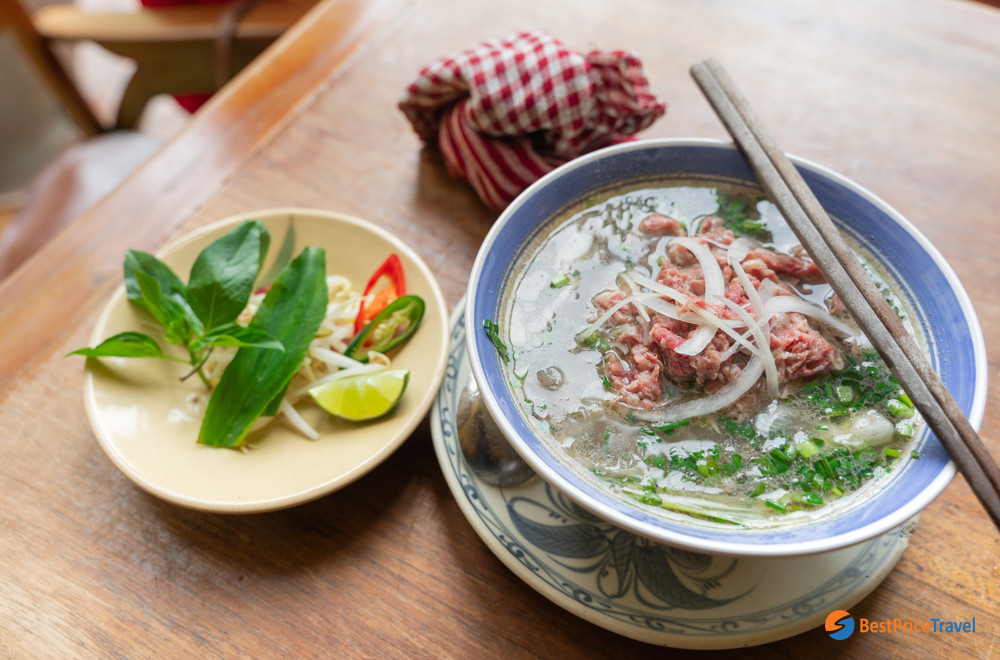 Cha Ca: Hanoians consider “Cha Ca” to be so exceptional that there is a street in the capital dedicated to these fried morsels of fish. This namesake alley is home to Cha Ca La Vong, which serves sizzling chunks of fish seasoned with garlic, ginger, turmeric, then sizzled with heaps of dill and served with rice noodles 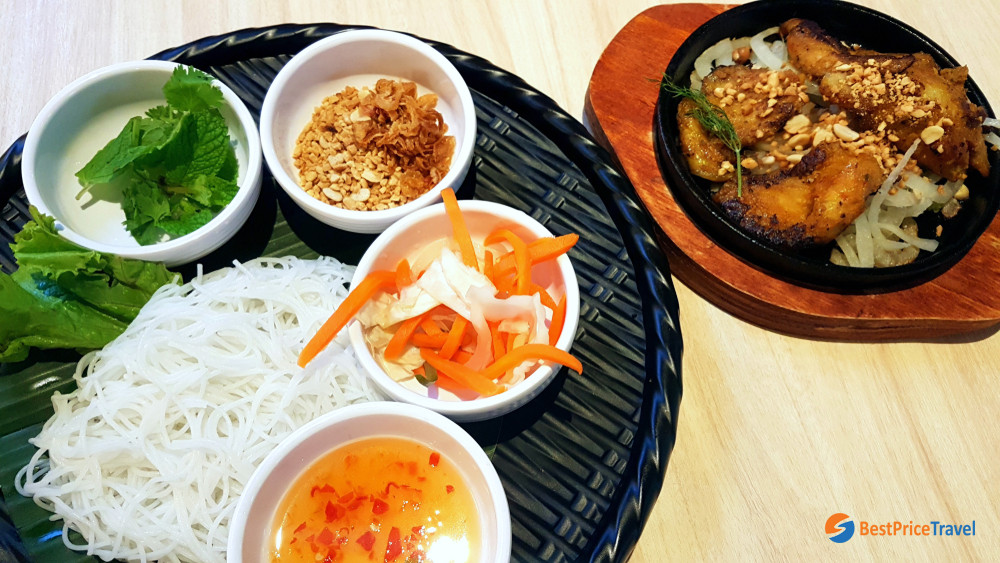 Bun Cha (Grilled Pork Meatball with Vermicelli): Recipes for dish of bun cha Hanoi is very simple. It is made from square pork meat grilled on dry charcoal, and then you will eat it with the rice noodles. If you love to eat barbecue, the Hanoi bun cha is a great choice for you. However, bun cha Hanoi is a very good food, always fascinating everyone because Hanoi people use a very typical sauce which is just made in Vietnam.

Are your ready to explore Hanoi with us? Let's take a look at some interesting Hanoi tours to enjoy fully fabulous tastes and sights of Hanoi!

You may also like: Top 10 authentic things to do in Hanoi – Discover the real Hanoi!