Nestled away on Stung Thmey Street near the Old Market, Siem Reap, Artisan D’Angkor could be easily overlooked on the magnificent background of Angkor Wat if it was not for local experts’ insights.

Starting as a sponsored project for 03 years, the project now has taken off, starting a movement of reviving Cambodian traditional arts and providing Cambodian youths with a vocation while supporting itself as an independent company. Not only an ideal place for souvenirs with excellent selections of Cambodia’s best arts and crafts, Artisan D’angkor will provides visitors a peak into the amazing skilled craftsmanship of traditional handicrafts.

The country of craftsmen, now and then

At the most glorious time of Angkor Empire, thousands of craftsmen has built up hundreds of temples, including the World Wonder Angkor temple complex nowadays. Besides, the country also has a well-established artisan culture, most notably in silk weaving. Dating back to around the first century when textiles first started being used in trade, rural village women, often living around the Mekong river area, began working on their looms at home during the dry season. The tradition becomes a part of the Khmer identity that contemporary Cambodian designs still bear the influence of. 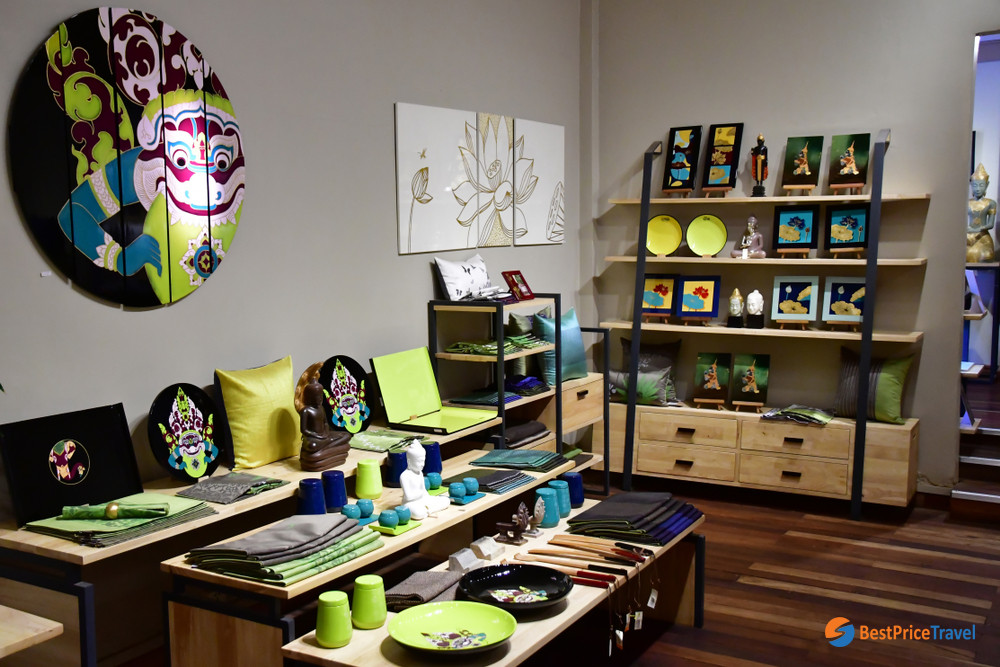 The project for art and people

Formed at the end of 1990s in an attempt to aid the Cambodian traditional arts in economic stagnation, the Artisans D'Angkor project has worked tirelessly to give young Cambodians the opportunity to train in the craft work of ornamental sculpture, silk weaving, wood carving, silver plating, lacquer ware and silk painting. Often they have helped those with disabilities who would otherwise struggle to make a living in a country where government aid for such people is limited. Today, there are 13 workshops which create over 1,000 jobs both artisans and non-craftsmen in rural Cambodia and refund all profits to its training program. 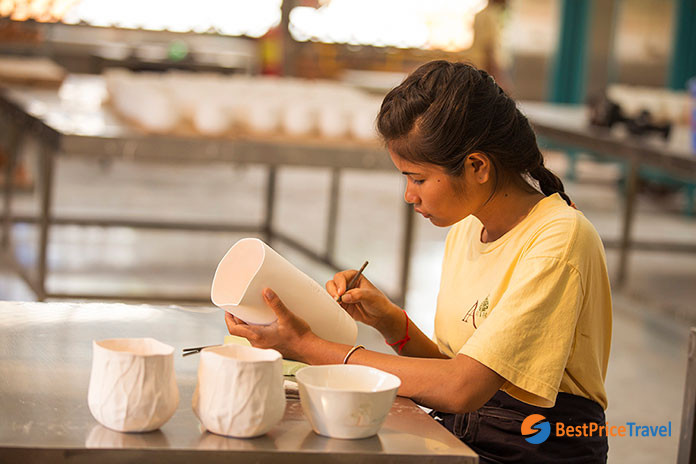 The workshops offer complete tours available in Khmer, English, French, German, Japanese, Chinese and Thai. Despite the humid temperatures and long working days, seeing the women making the silk scarves, cushions and wall hangings working with smiles on their faces will grant visitors a firm sense of reassurance that the money they pay for those exquisite products will go these workers.

True inside and beautiful outside, Artisans Angkor

Artisans Angkor was created in 1999 to help young people find work in their home villages, allowing them to practice their crafts while providing them with a vocation. It was created as part of a three-year project to integrate young artisans trained by the Chantiers-Ecoles de Formation Professionnelle - whose objective is to revive traditional craft skills (stone carving, wood carving, lacquering, gilding and silk processing). We place a strong emphasis on the authenticity of its products to the Khmer culture. In 2003, we became a limited company with minor public participation and are now completely self-financed. 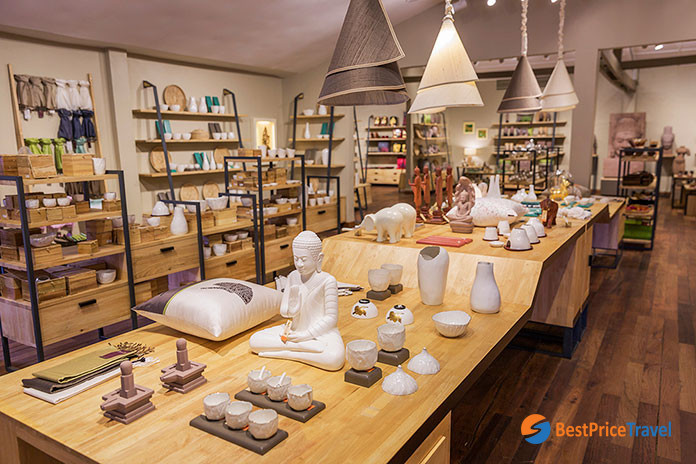 There is a plenty of meticulous Khmer arts and crafts to get deeper insight of the talented workmanship of traditional handicrafts in Cambodia. Quoted from US $9, fashion enthusiasts have multitude selections of authentic jewelry, silk scarves, handbags, shirts and dresses. Additionally, many gift options ranging from lacquer tableware, ceramic lamps, cushion covers to silk paintings await you to bring back home. 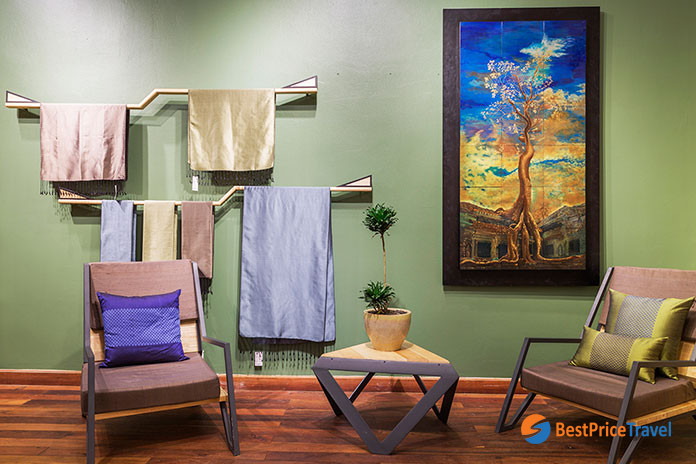 A variety of products to decorate your home

Located in Chantiers-Ecoles Stung Thmey Street, Siem Reap, the Artisans D’Angkor is easily reached by cab, tuk-tuk as well as walking, cycling. You can visit the shop anytime from 7.30 am to 6.30 pm with free of entrance charge.