Bakong Temple is the first mountain temple constructed by rulers of the Khmer empire in late 9th century. Located 13 kilometers away from Siem Reap city central, it is considered one of the three most important relics of Hariharalaya (known as the Rolous Group).

In 802 AD, the first king of Angkor Jayavarman II declared the sovereignty of Cambodia and built the capital of Hariharalaya. His successors built the royal temple Bakong in stages and completed in 881 AD. The founder, King Indravarman I dedicated the monuments to the Hindu God Shiva. 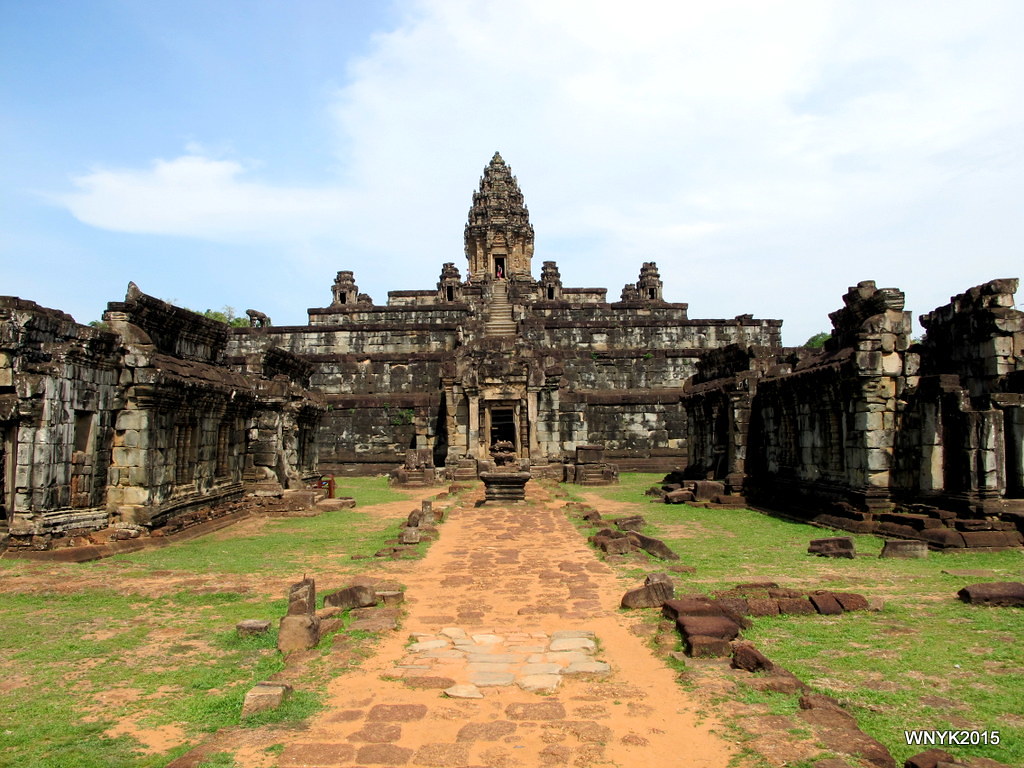 Bakong remained as the state temple for a few years before Indravarman's son and successor Yasovarman I moved to the North of Siem Reap and established Yasodharapura, more commonly known today as Angkor.

The main structure of Bakong resembles the shape of a stepped pyramid, prominent in early Khmer's architecture style. The monument, surrounded by rocky walls covered with green moss, is 900 meters high and 700 wide. Its beauty dates to back to the ancient history of Cambodia. As time passes by, only five out of eight pagodas surrounding the main temple stay in good condition. Most of the out enclosure and brick sanctuaries are not visibly seen today. The murals inside were said to have been restored in the early 2010s. 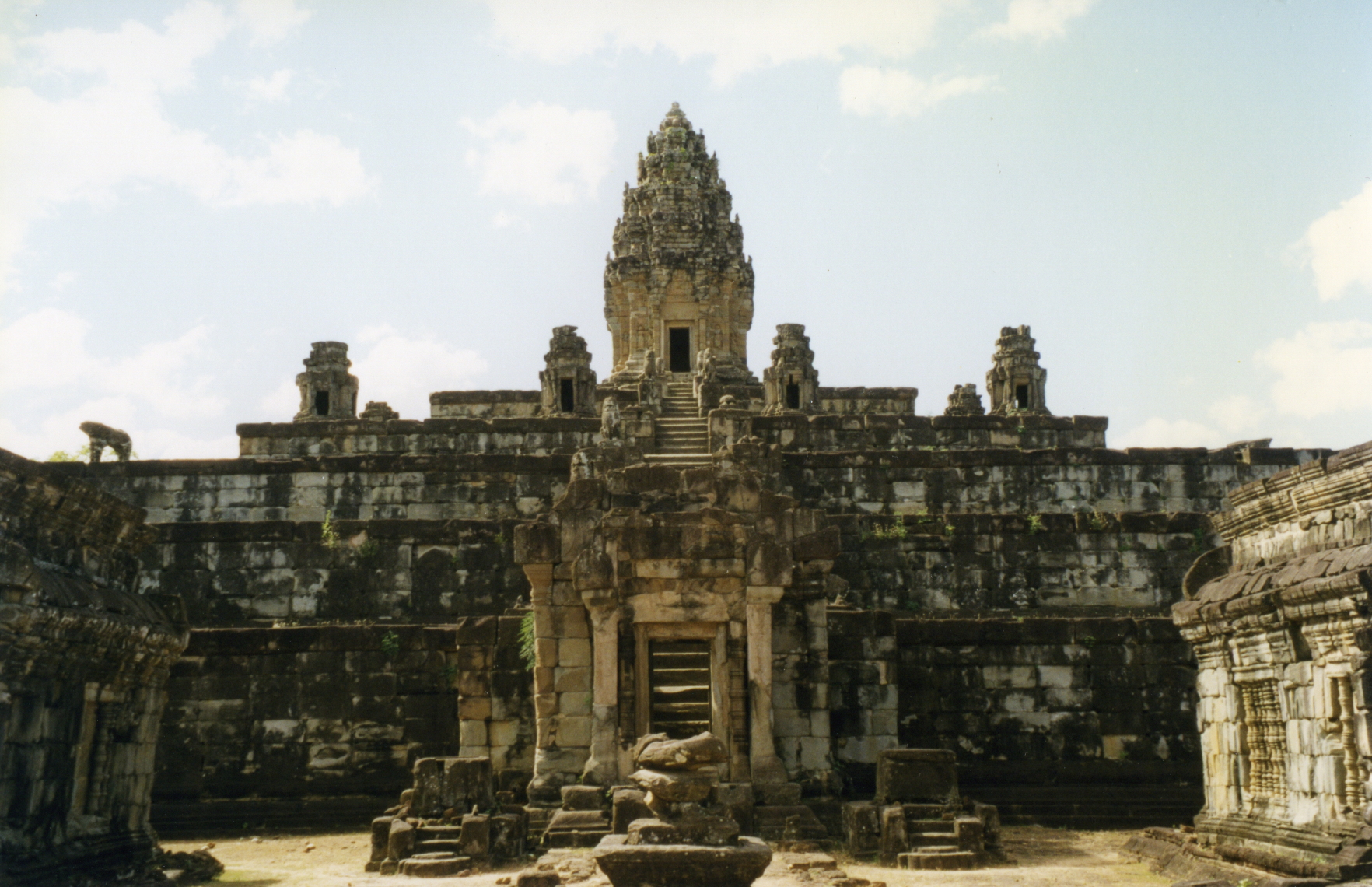 The highest tower, which is 15-meter high, remains intact to this day / Source: Wikipedia

Wandering around the area, you will find bas relief sculptings, which paints a picture of the tremendous losses of past battles. Allow time to take in the historical context of Bakong before heading to the highest level, where visitors are rewarded with an incredible view from the central tower. 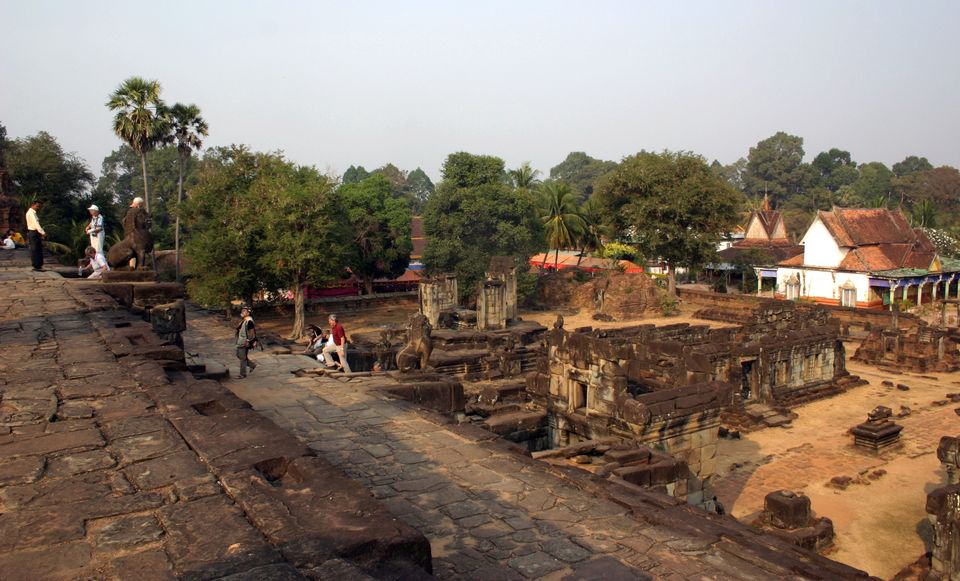 The recommended time to visit Bakong is in the morning, although any time between 7:30 AM to 5:30 PM is suitable. A visit to the temple will generally take from 45 minutes to 2 hours, or even half a day if you want to discover the neighboring countryside areas and stop for lunch. Note that the site entrance ticket is in the Angkor Pass, which can be purchased online with either cash or card.

The quickest way to get to Bakong from Siem Reap central is by tuk-tuk or taxi via Road 6, which only takes around 20-30 minutes, or minibuses and vans for larger groups. It is also possible to cycle to Bakong by heading towards the Tonle Sap to avoid the main roads.

Bakong Temple is suitable for those who want to escape from the hustle and bustle of the city, engrossed in the beauty of an unspoiled tourist destination. Fresh air, green outdoor space and a long history of Cambodia is guaranteed to captivate visitors, making Bakong temple among the top ten attraction of Siem Reap.

You might want to scroll through the neighboring areas of Hariharalaya or explore the other two sites of Rolous Group: Lolei, and Preah Ko.