Ban Gioc Waterfall is one of Vietnam's most majestic and beautiful waterfalls, located in Dam Thuy commune, Trung Khanh district, Cao Bang. Ban Gioc Waterfall consists of two parts, the main part is located at the Vietnam - China border and is divided by Que Son river; and the rest entirely belongs to Vietnam. The main waterfall is about 100 meters wide, 70 meters high, and 60 meters deep. 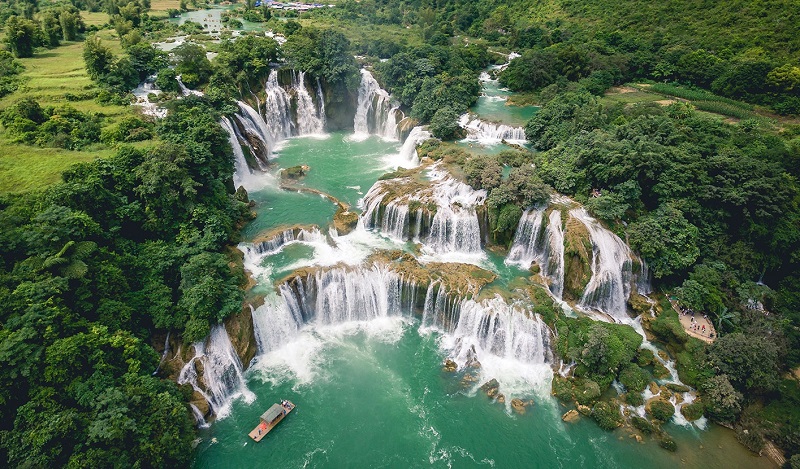 In the middle of the waterfall is a large mound covered dividing the river into three streams. On sunny days, the steam from the waterfalls creates a rainbow. At the foot of the waterfalls is a wide river with two sides covered by grasses and forest. About 5 km from the waterfall is Nguom Ngao cave.
In the middle of the falls is the Vietnam-China border marker. This milestone was determined through a treaty of the border between the two countries in 1999 and milestone 53 is built by France and Thanh dynasty. According to the 1999 treaty, the sub- part completely belongs to Vietnam, and the main part is divided. 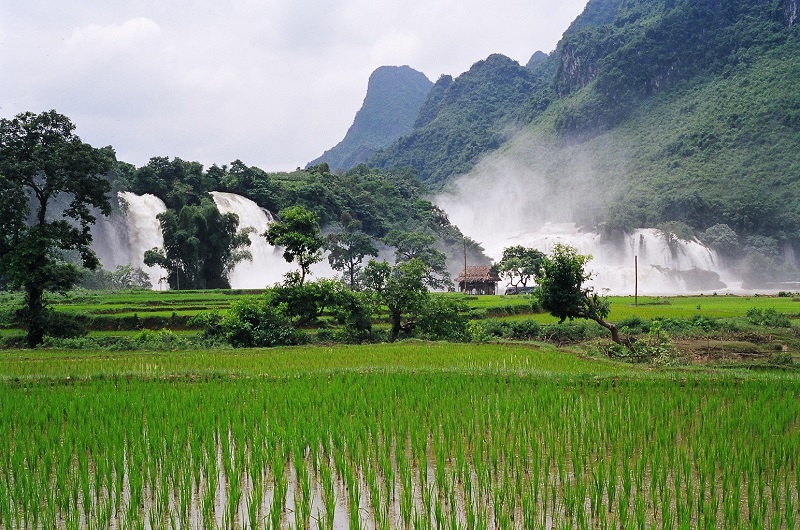 Ban Gioc Waterfalls is located on the border of two countries so you should bring full of your identification to avoid verification problems. You should also bring a medicine kit in case there are minor scratches when hiking in the mountains.