Bau Truc - The oldest pottery village in Southeast Asia.
Bau Truc pottery items are made from clay from the Quao River mixed with sand. Clay is collected from the river only once a year, each lasting for half a month. Clay is taken more or less depending on the ability of each person. In the clay collecting season, local people try to take as much clay as they can to store, for use in an entire year.

People in Bau Truc have been making pottery products for hundreds of years. Now they don’t make pottery anymore, but there are someone still persuade the village’s tradition located deep inside the village. In these families, the living rooms are like the pottery gallery with all shapes and colors. Everything is displayed inside rooms where they’re made. 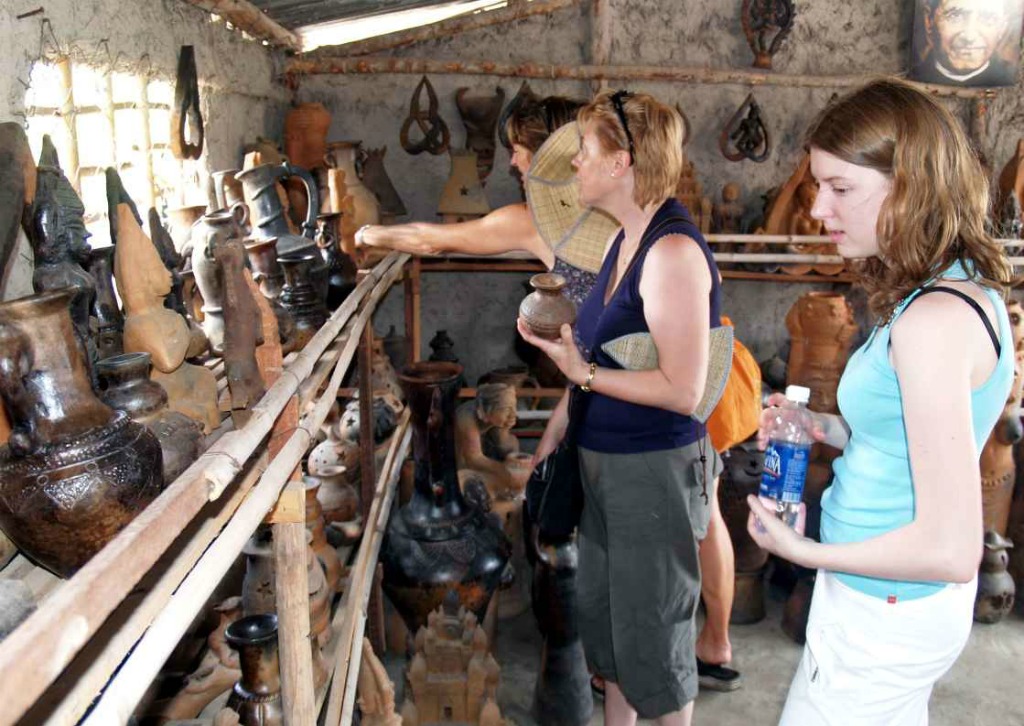 Pottery products from Bau Truc are made from clay in Quao river. The clay is collected from the river only once a year and last for two weeks. During the clay collecting season, locals will try to get as much as possible so they can store to use for the whole year.

Unlike many other pottery villages, people in Bau Truc don’t use turntable to make their products. The craft man will turn around the products. The most popular products of the village are relieves featuring Cham women and Cham Kings, everyday items. Bau Truc craftsmen use wet cloths to smoothen the surface then decorate the products with seashells, snails or handmade paintings featuring the daily life of Bau Truc people.

Visiting Bau Truc, visitors will have chance to learn a lot about pottery – making techniques and life of local people also.

Other attractions in Nha Trang