Beng Mealea, the temple of jungle, is one of the major monuments in the style of Angkor Wat, dating back to the Angkor Wat period.

Beng Mealea, meaning ‘lotus pond’ in Khmer, is overtaken by the jungle where only birds visit and local children play games in the ruins. Built as a Hindu temple, its primary material is sandstone and largely unrestored with trees, thick brush thriving amidst its towers and courtyards and many of its stones lying in great heaps. 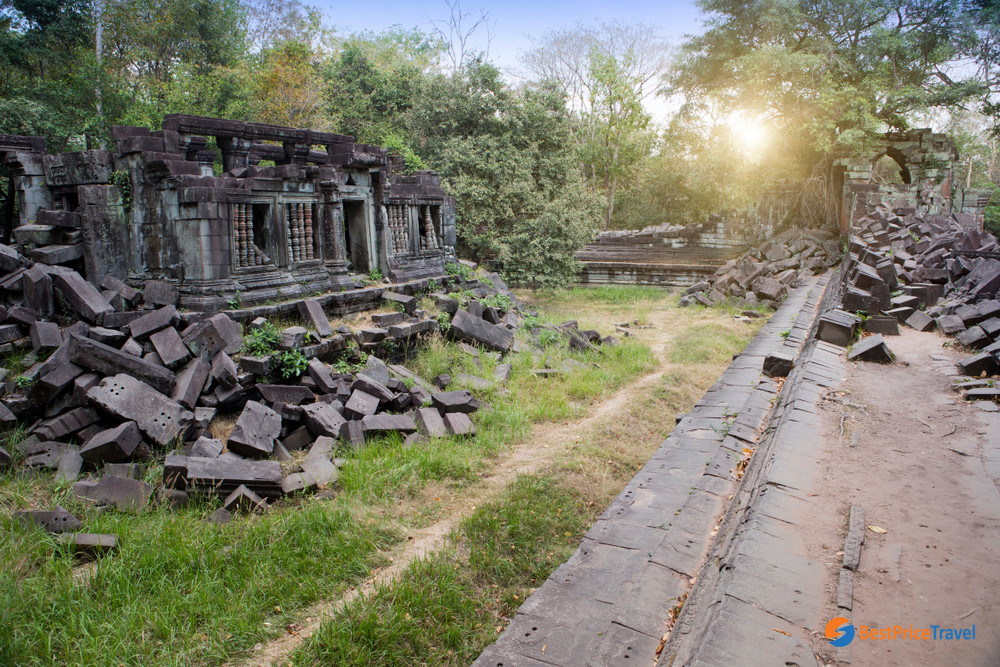 The ruined Beng Mealea temple in the Koh Ker comlex

The history of the temple is little known and scholars assumed it was built during the reign of King Suryavarman II in the early 12th century. Beng Mealea ranks among the Khmer empire’s larger temples and the attraction really lies in the atmosphere of mystery and exploration, rather than the historical and architectural intricacies of the other Angkorian sites.

Beng Mealea temple has three gallery walls and a moat at the entrance. The interior temple area is a big pile of rubble, great for climbing around and exploring. There was a movie recently filmed here and the filmmakers left their ramps, making it a bit easier to get around.

The east entrance is closed because of many fallen rocks, but enter just to the right of the main entrance and look for the relief images of the god of fire over the first door as you approach the gallery by the first ramp, then an image of a three-headed elephant born of the mythical Churning of the Ocean of Milk (the Hindu creation legend). A small library is inside this first gallery area. From here, plunge into the temple center. 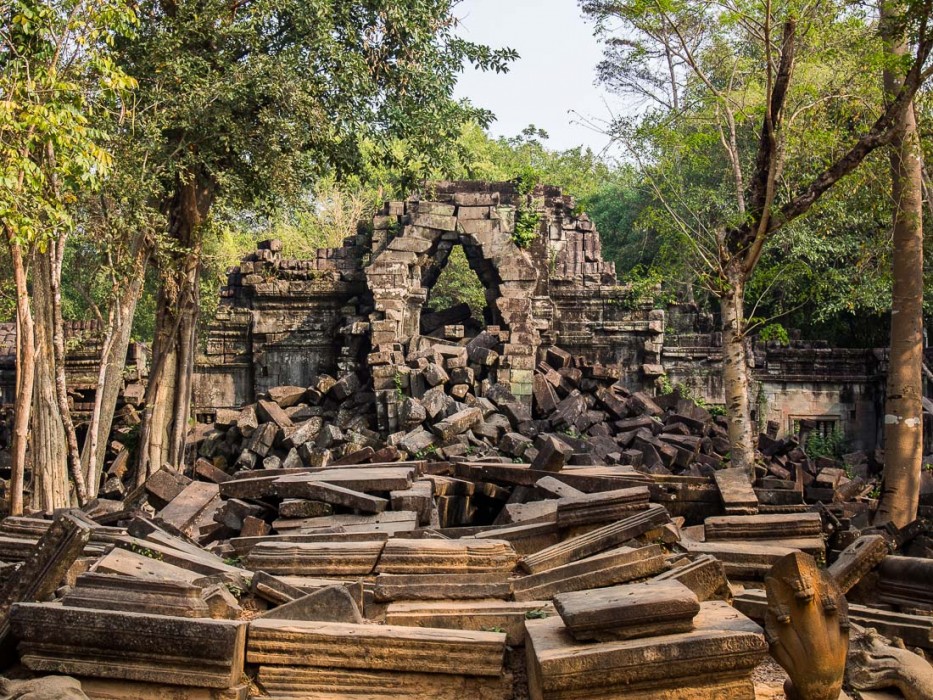 Many fallen rocks at the entrance gate

The platform path from the center leads through a covered, dark gallery. Between sections, you'll have to do some clambering and rock hopping - be careful of the slippery moss. The path exits the opposite (west) side of the temple, and from there you can either wend your way back through, following a different course to the rocks, or walk around the outside. 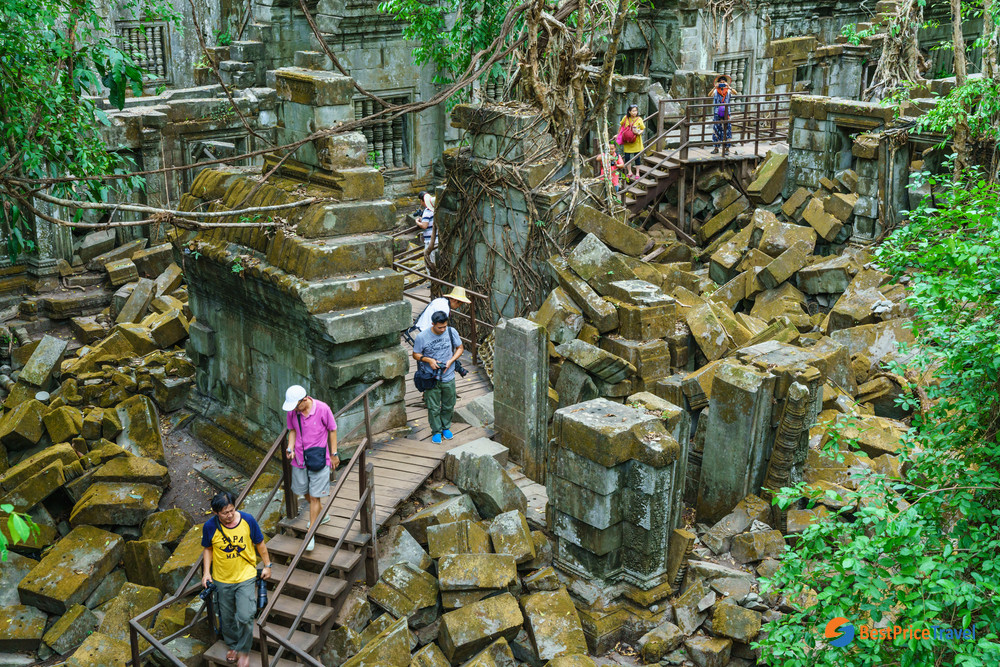 Visitors are exploring the hidden beauty of Beng Mealea

Beng Mealea can be reached at any time of day when the busiest time varies from 9am to 11am, especially between November and February. A Beng Mealea tour gives you the best experience to get deeper insight of this mysterious temple. The best time to visit is at sunrise and the two hours after, when the light is magical, the birds are stirring and the site is virtually deserted.

Located nearly 70 kilometers from Siem Reap, the temple is getting more difficult to access due to the roads’ condition. A private taxi or tuk-tuk from Siem Reap with extra time wait at the temple will take you to the Ananda temple for a return journey. If you follow the small roads away from National Route 6, you’ll be rewarded with lovely restful views through Cambodian countryside.

Not included in the Angkor Temple ticket, entrance fee to Beng Mealea costs an extra US $5 which is payable at the ticket office and entrance gate about a kilometer away from the temple.