Chao Phraya River is a unique symbol of Bangkok and a principal river of Thailand. This river flows from the South through the nation's fertile central plain for over 225 miles (approximately 365 kilometers) to the Gulf of Thailand.

Chao Phraya River is a unique symbol of Bangkok and a principal river of Thailand. This river flows from the South through the nation's fertile central plain for over 225 miles (approximately 365 kilometers) to the Gulf of Thailand.

Bangkok has been situated on its banks or some of its distributaries and tributaries, as are many other cities. For hundreds of years, Bangkok’s river has always been and will keep on being the bloodline of the people of this city as it has provided all of locals' need for their living and driven the original settlement to prosper daily. 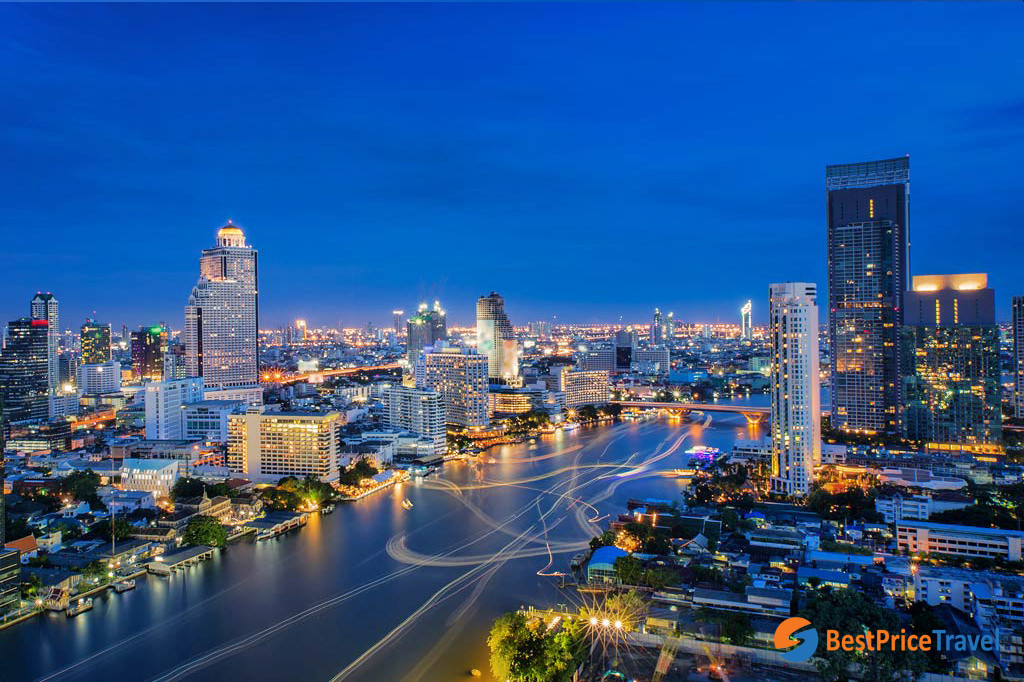 Back to the 15th century, it is pretty easy to recognize the importance of the Chao Phraya River. At that time, the area, which is now called Bangkok, had been chosen for its fertile lands by settlers. It was once a swamp and had the strategic position close to the river’s mouth. In 1767, following the fall of Ayutthaya to the Burmese, the Thailand's capital was relocated to the Chao Phraya’s western banks and later at the opposite side of the water in the area currently known as Thonburi. In 1782, King Rama I who found out the eastern banks more favorable, founded modern Bangkok and then celebrated the occasion by the action of building some of the world’s most beguiling architectures like the Grand Palace and Wat Phra Kaew. Natural or man-made canals began to innervate the city and then contributed considerably to the cityscape and the civilians’ lifestyle.

After Bangkok had earned the epithet ‘Venice of the East’, people tended to travel by its waterways and often met on floating markets – a unique way of life. Nowadays, modern-day development across this city has evolved the landscape alongside the river. Like most urban centers in the world, Bangkok has transformed much since its birth that has expanded much of the river’s banks. However, locals also live, work and play along the Chao Phraya as usual. People still use its ferries for their daily activities. 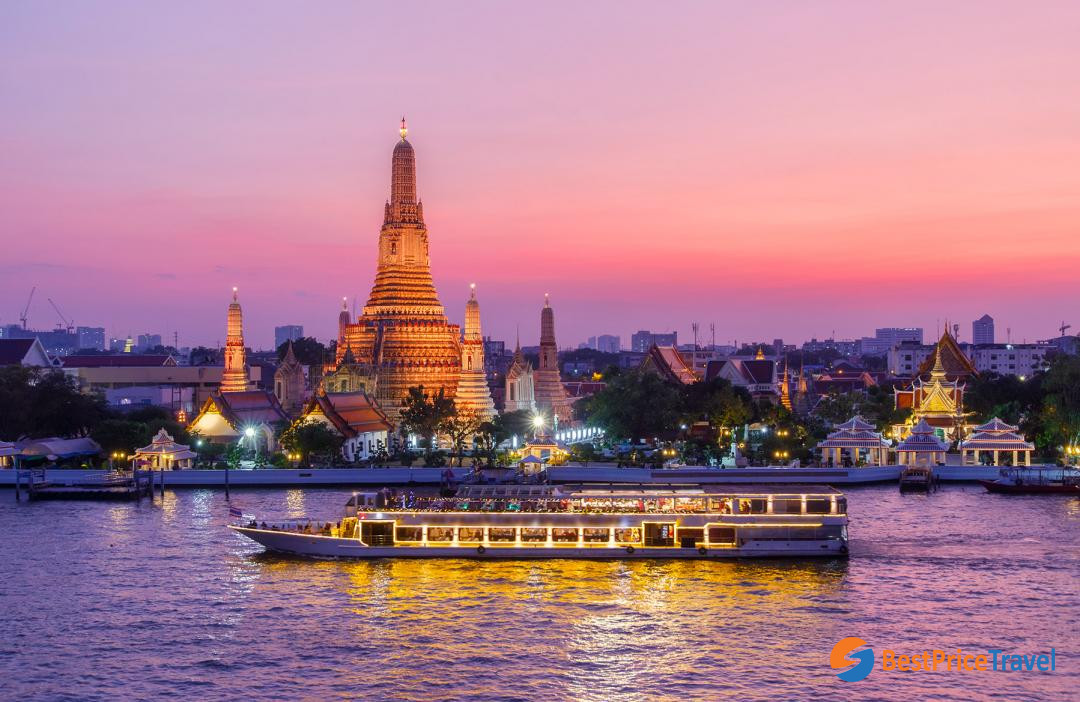 Venice of the East in Bangkok

Things to do in Chao Phraya River

Many famous attractions are situated alongside Chao Phraya River. It can be said that the riverside is a wonderful place to stay while travelling to Bangkok and especially travelling by boat is one of the best options to get around the city. Let's see some choices that visitor can do alongside the river.

Firstly, most people choose Asiatique The Riverfront as the newest shopping area because it is situated next the Chao Phraya River. There is a Sky Wheel here that tourists can easily get great views of Bangkok. Free boats daily run at Sathorn Central Pier from 16:00 until 23:30. Asiatique is open from 17:00 till midnight from Monday to Sunday. 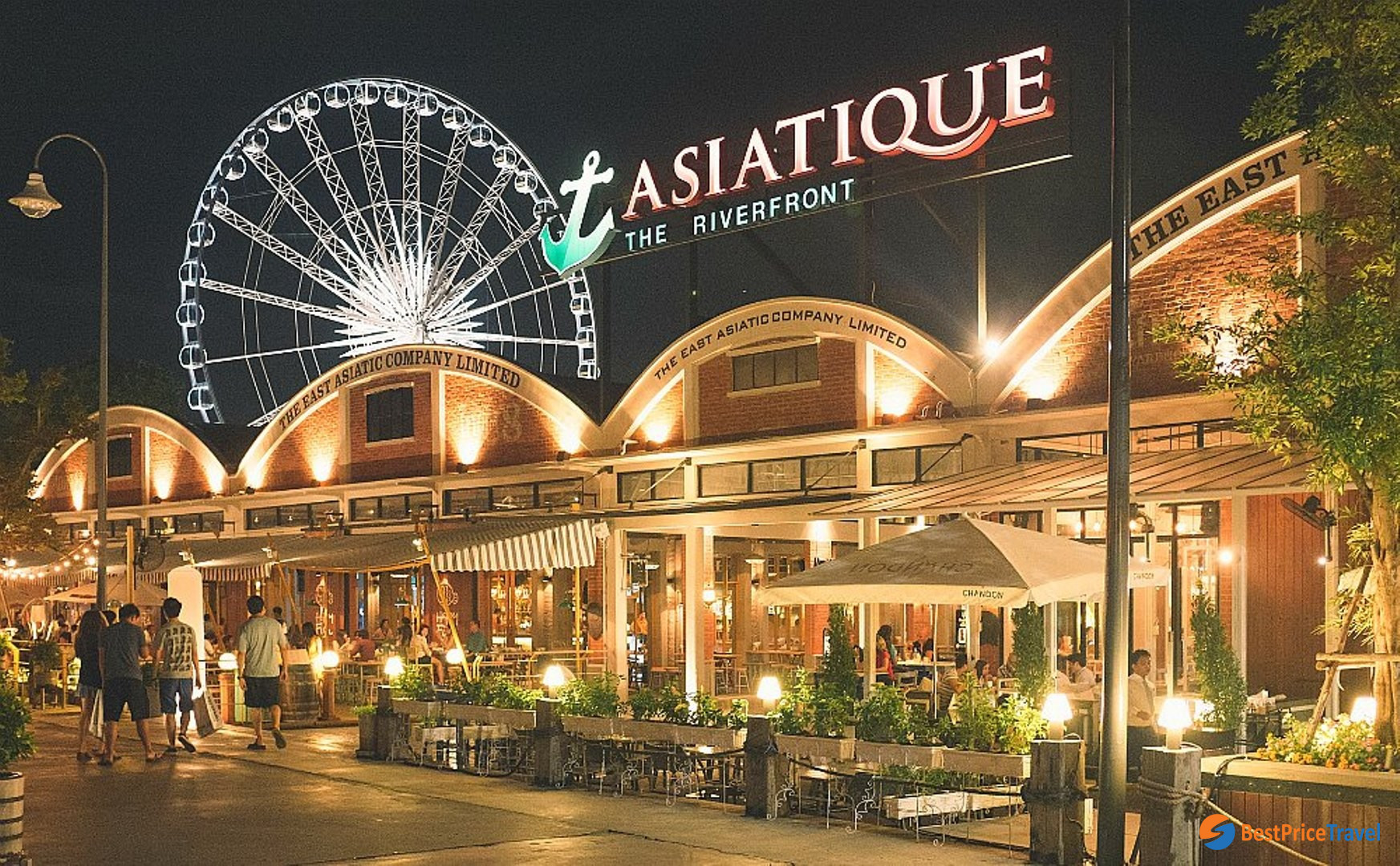 Secondly, visitors can stop by Holy Rosary Church which was built in 1787 by Portuguese seafarers. It is a real Roman Catholic Church known as Wat Kalawan in Thai. One special thing alongside the river is River City Shopping Mall and this is where you can take a look at Bangkok’s famous shark. 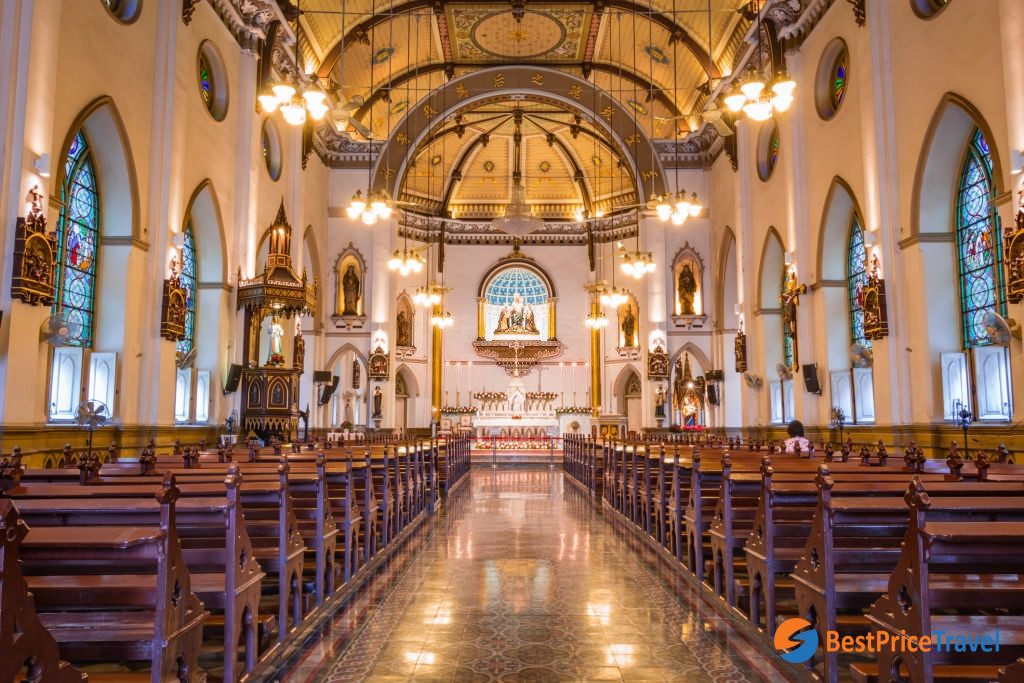 Besides, there are many gorgeous boutique riverside hotels like Loy La Long, markets like Pak Khlong Talat and Khlong San to explore and many spots like Jack’s Bar to taste a cheap drink with killer sunset views. Although the bridges have their own history, Striking Saphan Phut (Memorial Bridge), for instance, also marks the unification of the river's two sides.

Despite the modern transportation like canals, gliding around on the Chao Phraya River still remains because of Chao Phraya Express Boat river ferries' network. In detail, main services are three - Express Boats designated by their orange, green and yellow flags, another no flag ‘local line’ and the blue-flagged Chao Phraya Tourist Boat. All of these services stop at the Sathorn pier connected to Saphan Taksin station on the BTS Skytrain’s Silom line. 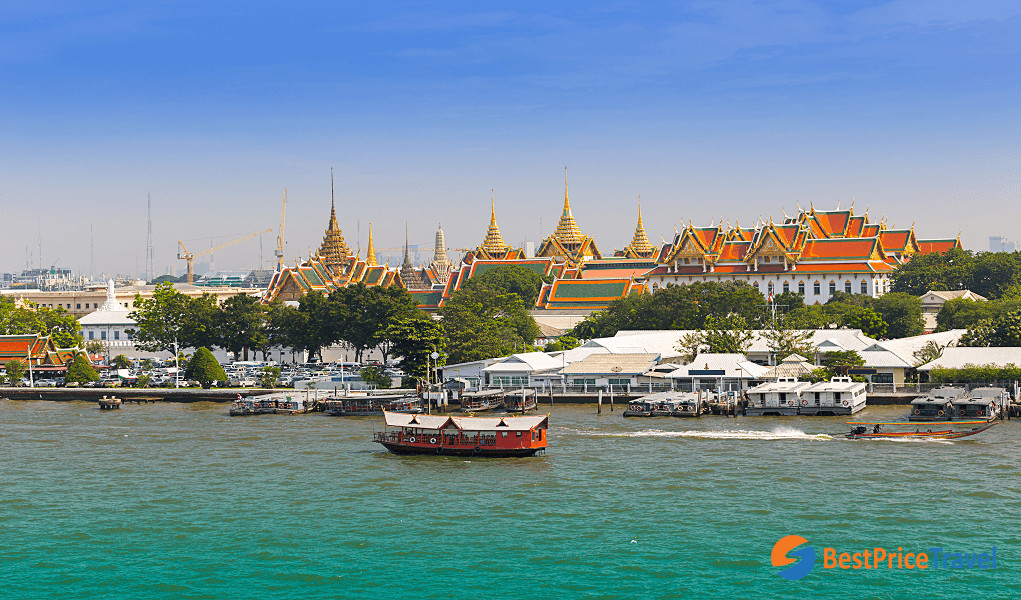 The orange-flagged route is considered as the most convenient one with 15 Thai-baht (£0.35) flat fare. It will take you to the most prominent piers of the river including Phra Athit (for Banglamphu and Khao San Road), Yodpiman River Walk (for Pak Khlong Talat flower market), Ratchawong (for Chinatown), Tha Tien (for Wat Pho), Tha Chang (for the Grand Palace) and Wat Arun (for the Temple of Dawn).

The blue-flagged tourist one is more expensive with a super-express service, stopping at fewer but more in-demand piers. Moreover, it offers on-board English language commentary. A single ride will cost 50 baht and you can buy a hop-on-hop-off pass with the total cost of 180 baht for the day.

At last, if you want to stop off at one of the lesser-used piers, you should take the cheapest one - the unflagged local boat in which the fare depends on the distance travelled but please note that these only run within peak hours.

Other attractions in Bangkok