Coming to Da Lat and looking forward to visiting and staying at a very unique villa that can only be found in Da Lat, travelers from all over the world pay much attention to Crazy House – the most free-wheeling architecture as a combined tourist attraction and accommodation

The history of Crazy House Dalat

Wild, weird, wonderful... there are many ways to describe the Crazy House in Dalat, one of the 15 Most Spectacular Marvels in the World recognised by Lonely Planet. The Crazy house is also called “Hang Nga Villa” (named after the owner), “The house of Strange”, and “Spider’s nest Castle”. It is a construction of Dang Viet Nga – an architect graduating from the Architecture of Moscow University as a Doctor.

At the end of the twentieth century, nature was over-exploited in service of human life and now we have to suffer heavy consequences due to those mistakes. Aiming to direct people to protect nature and living environment, in February 1990, Architect Dang Viet Nga (the owner of the Crazy House) built her house to simulate the image of devastated old tree stumps in an old forest. But inside the shaggy, bare trees are uniquely designed rooms for guests to stay, evoking the image of nature that is always close and present in people's lives. 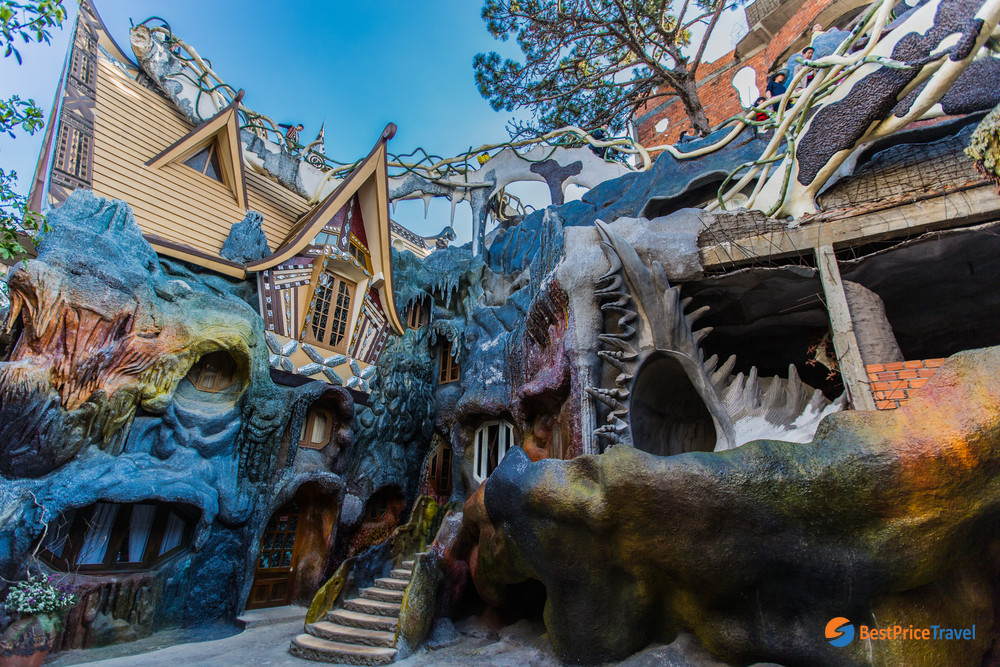 Crazy House from the bottom

Standing in stark contrast to Dalat's French colonial villas, the bizarre avant-garde guesthouse is a maze of spiral staircases, sculptural bedrooms, undulating surfaces, swirls of bright colours, narrow bridges and hidden nooks. Inside The Crazy House, you may find some of the rooms are being repaired during your visit. In fact, lots of domestic, and foreign reports have been established about the reputation of Hang Nga villa – The Crazy house that stands out as one of the most exotic buildings in the world.

The architecture and design concept of Crazy House Dalat

Overall, the Crazy House has no rule of architecture, just placed piece by piece according to Hang Nga’s imagination of her truly wild, unorganized forest. It carries 100 roofs in a 1,600 square meter area. The villa is joyfully designed with sculptured rooms, cascading look-alike stalagmites with colors of wilderness, and spider web windows.

Rooms are connected by bridges that rise among the greenery scene of the mountainous area. There are only 13 rooms which are used for hotel and coffee shop business. Since the idea of Hang Nga is to bring people closer to nature, the villa itself and each tiny detailed decoration is supposed to make visitors feel like they are lost in a mystery forest with stones, plants, and sculptured animals. 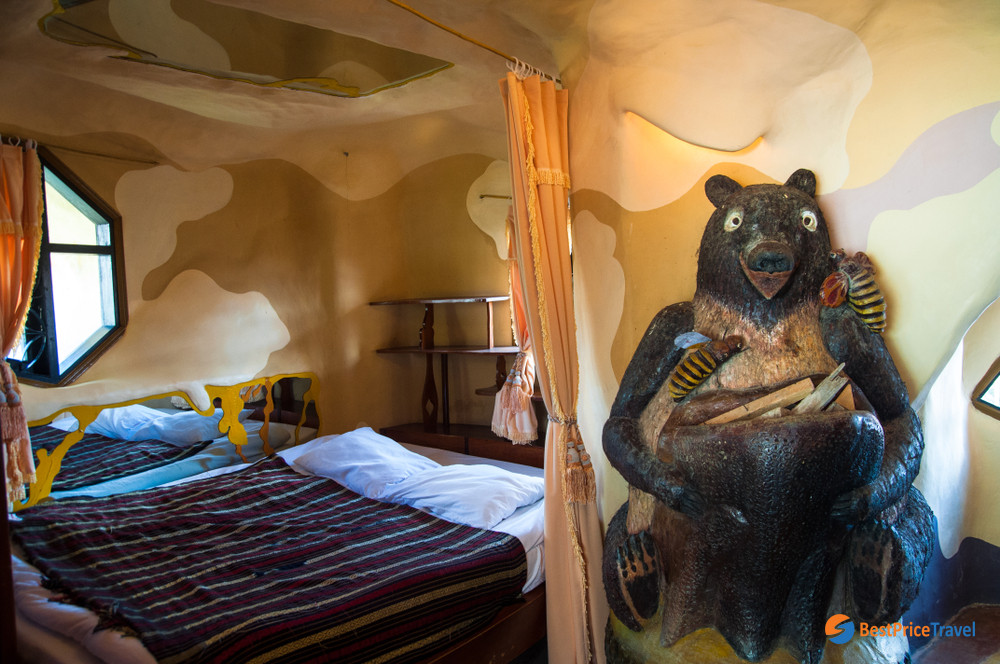 A room in Crazy House

With a small entrance fee of about $2, tourists can spend a few hours exploring the house and take some nice photos like you’re visiting Universal. However, the house is open from 8:30 to 19:00, so don’t come late in the evening or just call the house manager firstly to ensure your schedule.

The Crazy House is actually a guest house also, providing accommodation and other services. The house has 13 guest rooms for tourists to stay and experience. In each room, Mrs. Nga - the owner and architect of the house make it a different theme, and a lot of them were designed and named after some different animals or plants like Eagle Room, Kangaroo Room, Bear Room, Ant Room, Gourd Room, Bamboo Room, Tiger Room…

You can book the accommodation here easily with the price starting from 40 USD per night. Be aware that if you want to stay in The Crazy House, make the reservation as soon as possible. There are only 13 rooms available but there are thousands of people who want to stay. 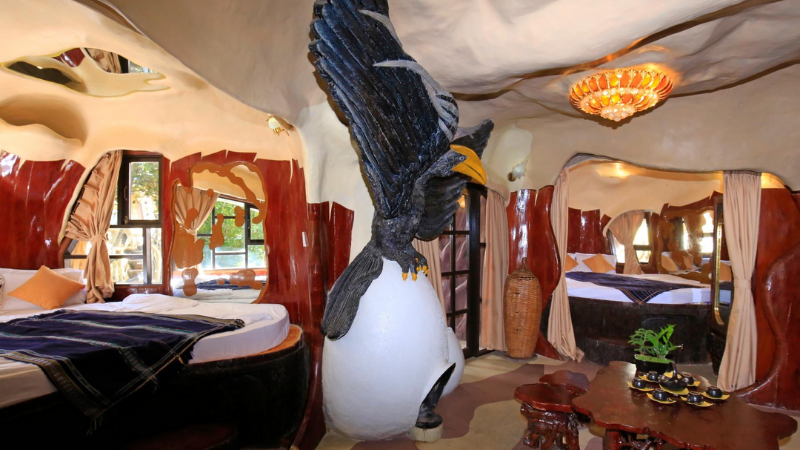 The exact address of the Crazy House is at no.03, Huynh Thuc Khang street, commune 4, Dalat city. To make it easy to imagine, the crazy house is only 2km away from the Lam Vien square at Dalat city center. You can absolutely walk there, or travel by taxi, or xe ôm - a sort of motorcycle taxi in Vietnam. That only costs you 1-1.5 USD to travel from this square to the Crazy House. Look at the map below for more details about the directions to get there.

The Crazy House is such a place to visit in Dalat. The Lonely Planet does not randomly list it as one of the most spectacular marvels in the World, so if you come don’t miss this place.

Other attractions in Da Lat