Da Nang Railway Station is one of Central Vietnam’s main train stations along the historic North-South “Reunification Line.” The railway station not only takes the role of transport the passengers to and leave Da Nang city but also it is the key to develop the economy and society of central Vietnam. Find useful information about the station in the below article: Danang railway station

Behind the steam train engine is the main train station. Inside the main office, there are some printing-e-ticket machines and some cafeterias. There are 2 train station platforms in the railway station. After getting your ticket scanned, you will enter the passenger lounge that leads to the train station’s platforms.

The station’s platform is spacious so passengers can take a break while waiting for the train. It is equipped with 200 seats, toilets, and arrival and departure screen…Luggage storage is next to the ticket office where you can store your bags, and send your motorbike to desired places. 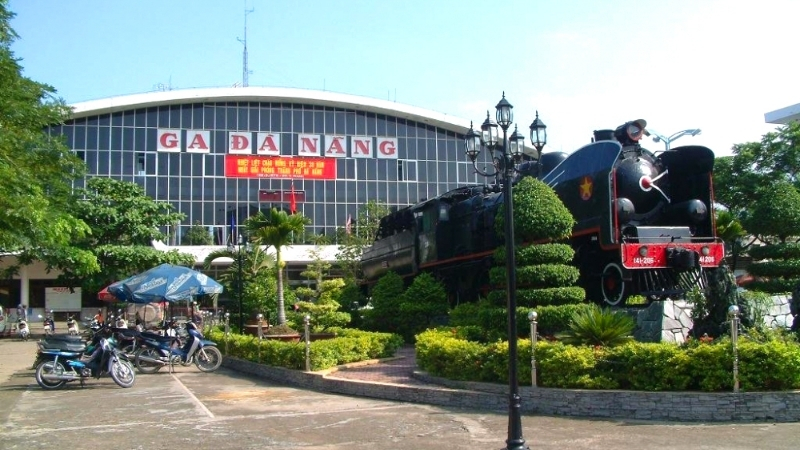 Da Nang Railway Station was built in 1902 and is an important part of Vietnam’s historic North-South Railway Line.

The total length of the railway from Hanoi to Ho Chi Minh city is 1 726 kilometers, and it took 34 years to complete the whole route.

In 1954, the system was heavily damaged by bombs during the Vietnam War. In 1975, when Vietnam got independence, Vietnam’s government began to restore the North and South railway line.

Until 1978, the Vietnamese government had fixed 27 tunnels, 158 stations, as well as 1334 bridges. The restoration is not only for transport but also as a symbol of a nation unified once again.

Each day, nearly 75,000 passengers travel through Da Nang’s Railway Station. Da Nang Railway Station serves regular train services within the city for local and international travelers daily. Da Nang train station is quite small compared to the other stations in the country, which sometimes makes the station overcrowded with travelers, especially during peak hours. The local government is considering upgrading the railway system as part of a master plan for 2030. 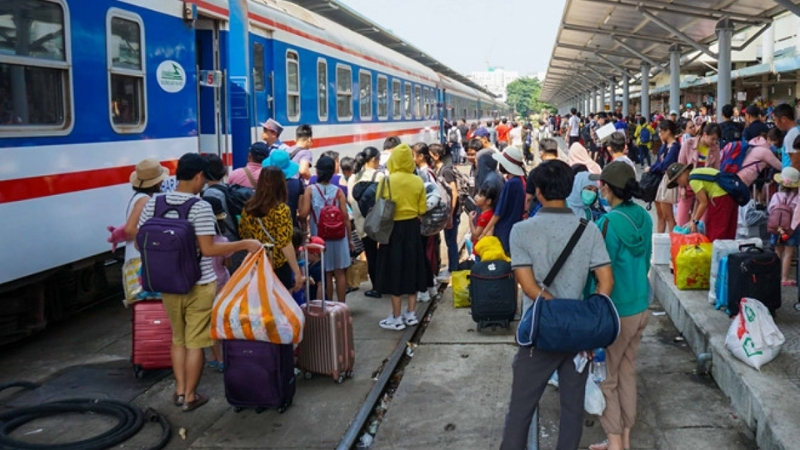 Da Nang’s station is small but still has most of the basics you might need for your trip. Da Nang Railway Station provides basic facilities in order to fulfill passengers' needs.

Several facilities are provided at the train station, including public toilets, a waiting area, and a car park for the visitors. There are three shops inside the station selling snacks, coffee, and cold drinks, cigarettes, tissues, toothpaste, and other small necessities you may need for your train trip.

If you are looking for noodles and soups, there is a small coffee shop in front of the station selling them. Most of the shops at the railway station close by 5 p.m, and you can get a cold drink from the vending machines just outside the main station.

If you need cash, there is a Vietin Bank ATM just outside the station, next to the parking lot. Moreover, free Wi-Fi and restrooms are available in both the main station and ticket office.

The railway station also has a parking place with a 24-hour service. The parking place is located on the side of the steam engine, in front of the main building. You will be instructed by the officers here when you enter. The cost for keeping your bike here is 3.000 VND per day and 10.000 VND per night.

Besides the ticket office is the luggage office which is small. You can store your bags here, or send your motorbike ahead to your destination. 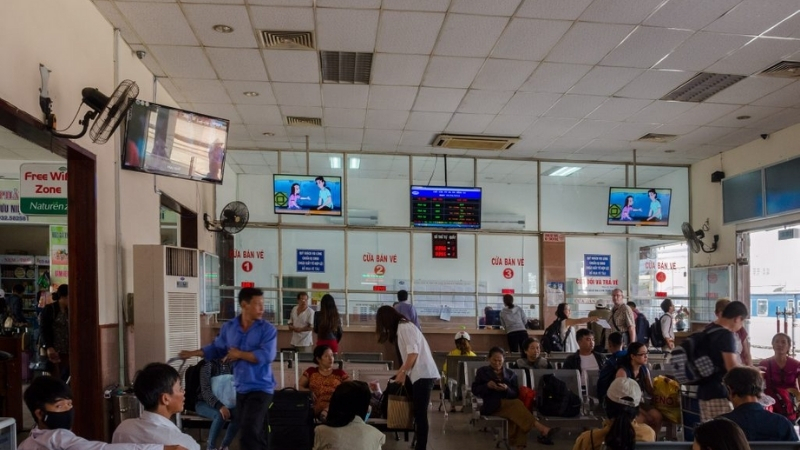 How to get to Danang Railway station

The distance from Hoian ancient town to Danang Railway station is about 30 kilometres, and you will need 40 minutes to get from Hoian to Danang by car. It is easy to find the train station as you can see a vintage steam train’s engine, a special icon of the Da Nang railway station when you get there.

Please see the exact route below:

Motorbikes are the most effective and flexible way of getting to the railway. And they would provide an exciting experience in exploring the city. 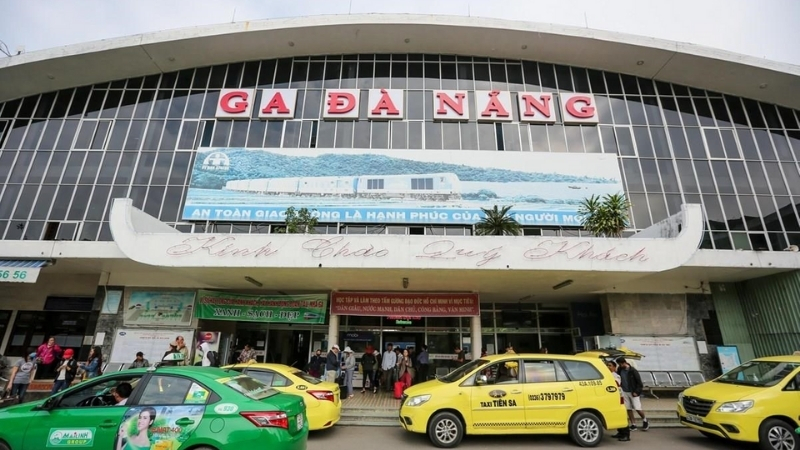 Trains from and to Danang Railway Station

Da Nang Station welcomes the train trip from the North to the South and vice versa that stop for a long time to collect the huge number of passengers in the city.

Please see the schedule for the train to and from Danang railway station below: