Located about 10km southwest of Nha Trang, Dien Khanh Ancient Citadel is one of the historical site that has been ranked in the city. It is one of the oldest citadels in the south of Vietnam and a precious vestige for studying ancient citadels.

History
In 1793, after King Nguyen Hue died, the Tay Son Dynasty waned. Therefore, Nguyen Anh had taken the opportunity to lead troops invaded and crowned himself king. After pushing back the Tay Son insurgent army and considering the area’s long-term strategy significance, Nguyen Anh decided to build a solid defensive base of over 36,000 square meters here called Dien Khanh Citadel. 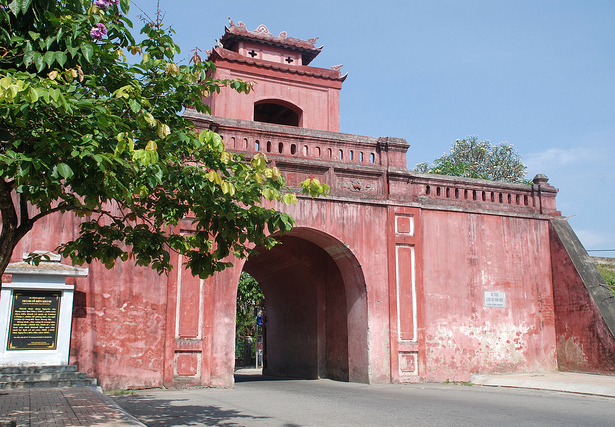 What to see
Dien Khanh is built as a military architectural ensemble of Vauban style, a popular military model in the 17-18th century in Europe. The citadel's wall was in an in-equilateral hexagon of 3.5 meter height. The outer face was vertically constructed while the inner was a little bit sloping by two terraces forming a favorable pavement. Inside the corners, there were large fields which were convenient for military resident. On the top of corners there stood fortresses of 2 meter high with canons above. On the roof of the citadel, there planted closet bamboo and other barricade trees. Surrounding the citadel were moats of 4 to 5 meters deep, 10 meters wide; flooded by water.

Once, the Dien Khanh has 6 doors next to the wall in 6, now only 4 doors: East Gate, West Gate, Front Gate (to the South), Back Gate (to the North). The Dien Khanh also became the headquarters of the insurgent army Can Vuong – first day of the Khanh Hoa has meant tokens against the French.