Fujian Assembly Hall is known as the most beautiful hall in Hoi An ancient town.

Fujian (Phuc Kien) Assembly Hall located at 46 Tran Phu Street, Hoi An, Quang Nam Province. It was built in 1697 to function as a place to socialize and worship for Chinese group who come from Fujian, China. Later, this construction change into Thien Hau Thanh Mau temple. 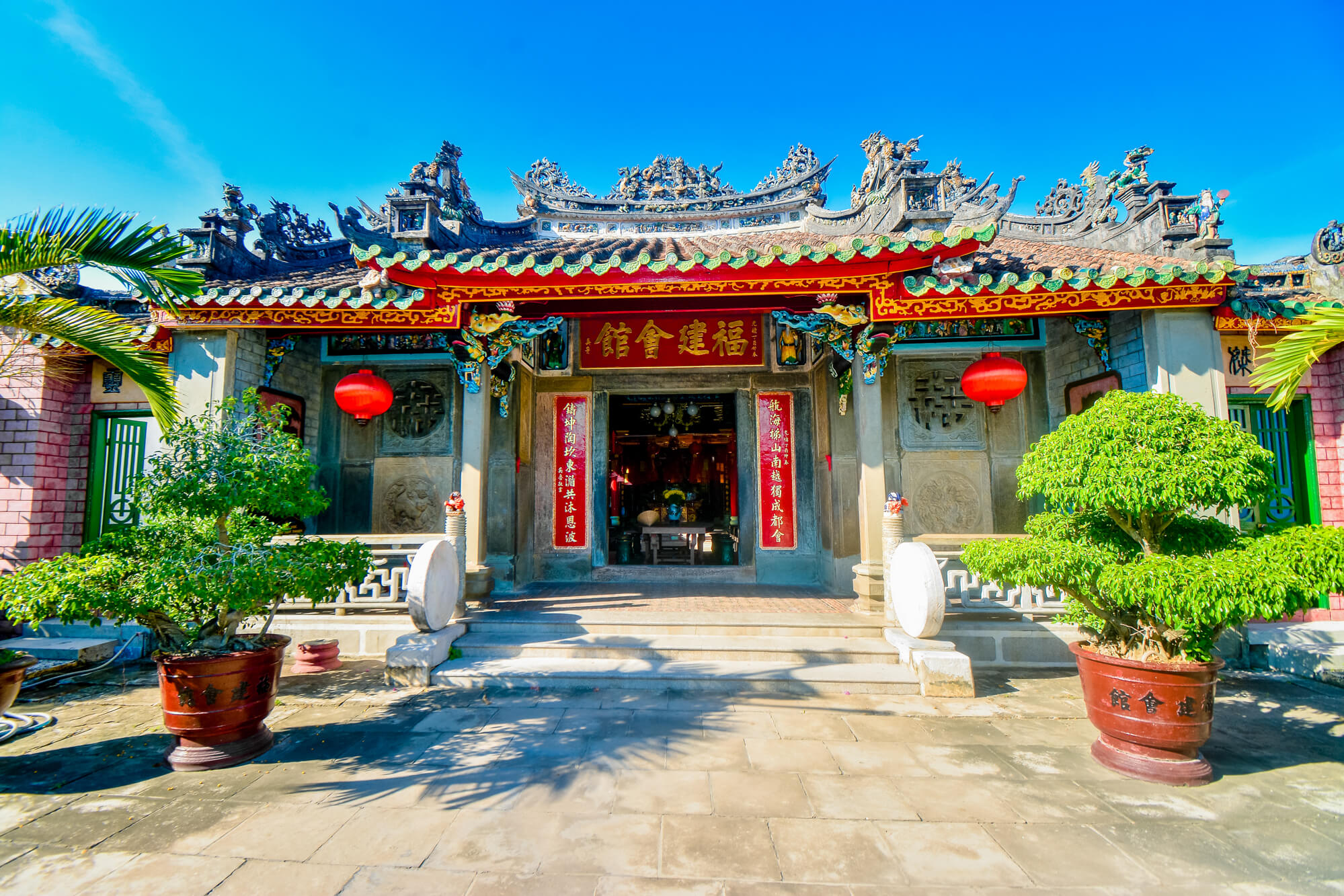 Fujian Assembly Hall has similar style with other assembly hall of Chinese. In the beginning, Fujian Assembly Hall was constructed with full of wooden but in 1975 people rebuilt this hall of bricks and tiles. Comparing with other assembly halls in Hoi An such as Guangdong, Hai Nam, etc. Fujian Assembly Hall is still the largest hall with many murals, lacquered broads and pictures. Every elements were arranged in the view of Chinese about happiness. The triple gateway was built in 1975 with yin yang tile roof. The middle door only opened in special occasions. In normal days people went inside the hall under the rule: “Men are left, women are right” (men came by the left gate and women came by the right one). The shrine was located in the main hall. The central is the Thien Hau Thanh Mau altar, there are altars of God of Prosperity, three fairies and twelve midwives behind it. Therefore, families have no children often visit here to pray for children. 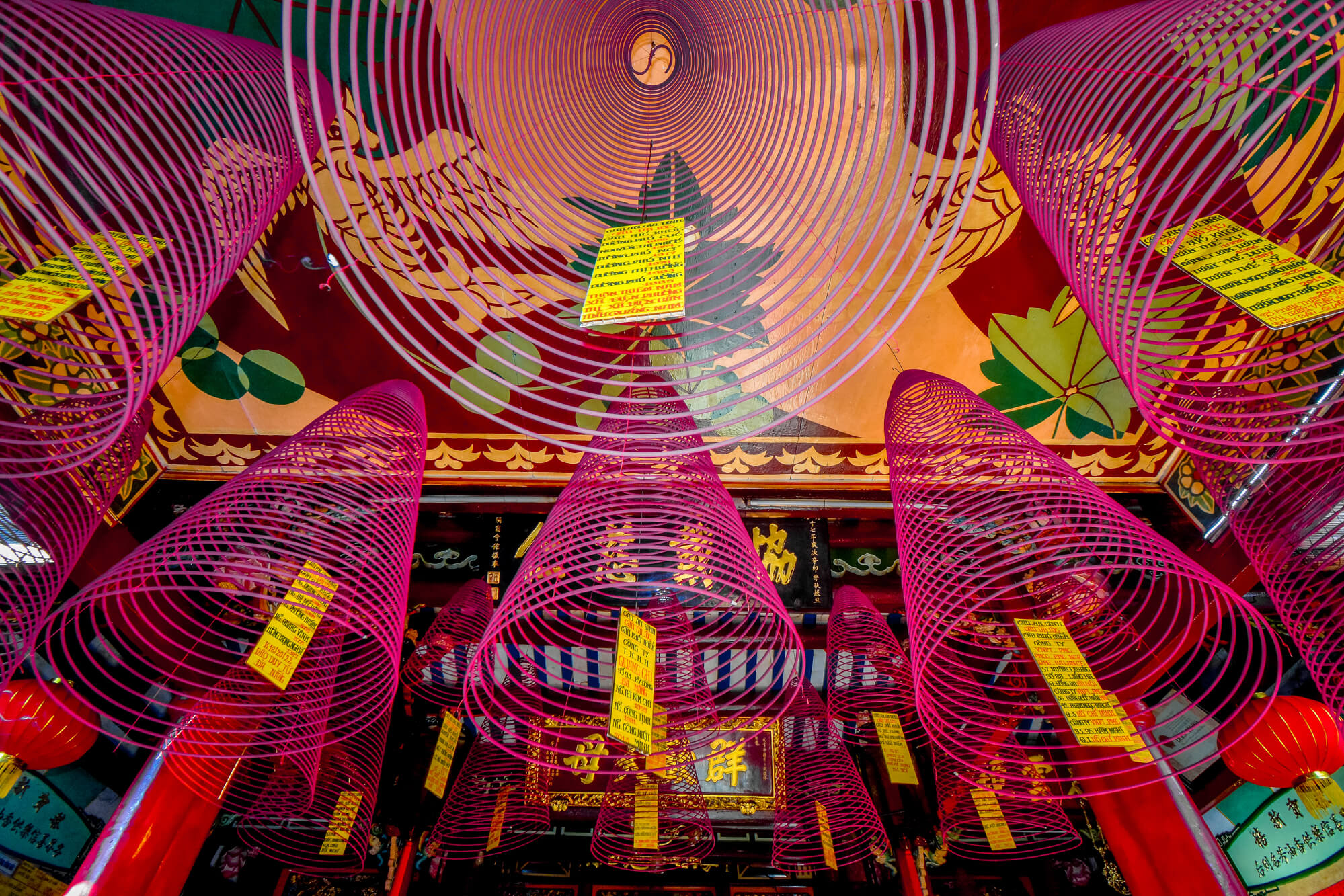 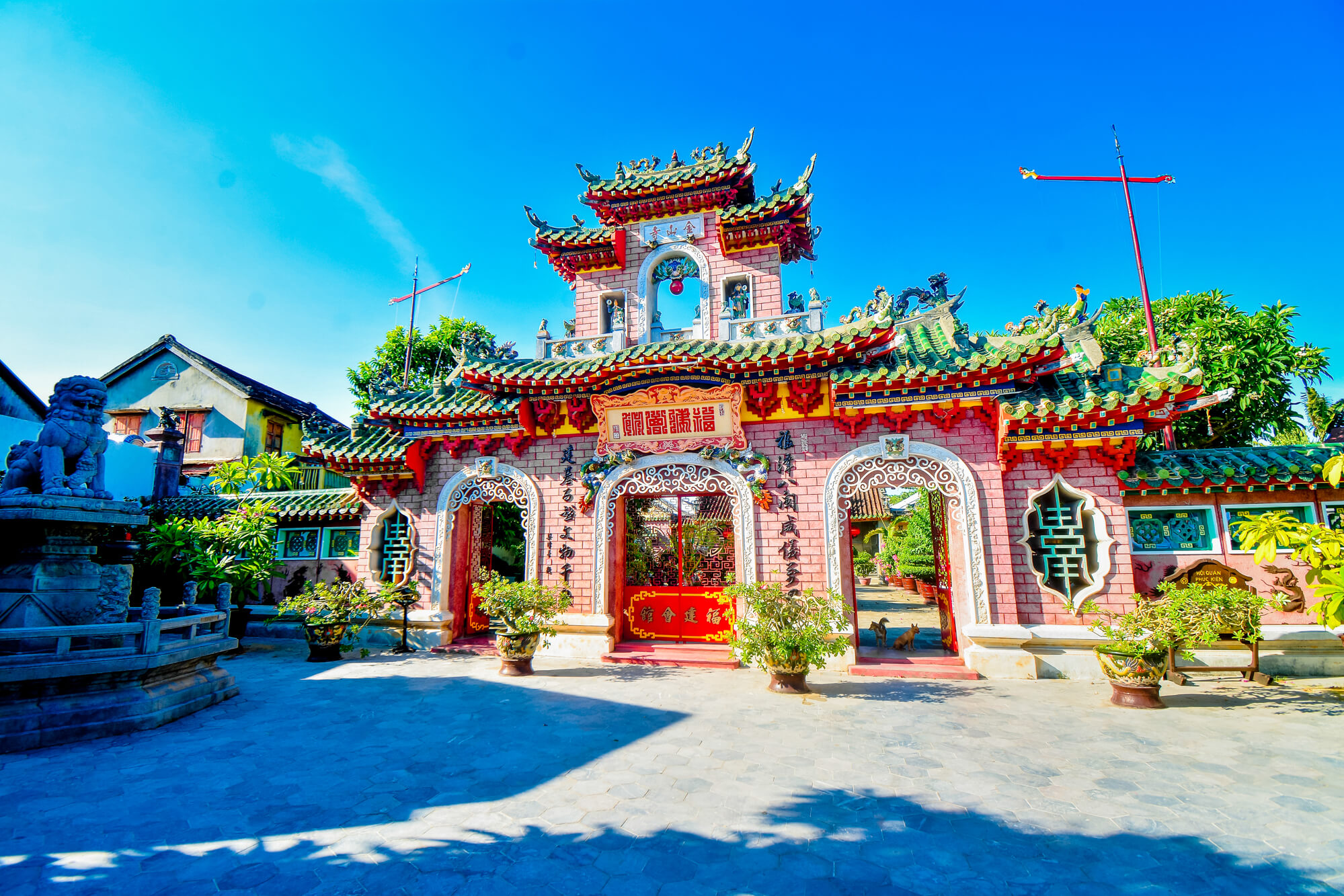 Tourist should buy motorbike tour in Hoi An or Da Nang – Hoi An tour to have a clear plan of visiting Fujian Assembly Hall and other landscape attractions.