More than just a way to get from point A to point B, Hai Van Pass has been referred in BBC’s Top Gear Viet Nam Special as “one of the best coast roads in the world”.

Lying on Highway No. 1 on the border between two attraction of Central Vietnam, Hue and Hoi An, Hai Van Pass is not only one of the most scenic hillside roads in Vietnam (about 500 meters above sea level) but also the highest pass in the country with 21 kilometers in length.

The pass of clouds

Hai Van Pass (Ocean clouds pass) refers to the mist that rises from the sea, sometimes so thick that it can dramatically reduce visibility. Whenever going through Hai Van Pass, one can experience the feeling of amazement at passing through the clouds and the adrenaline rush when seeing the sudden curves and blind corners of the road.

Once reaching the crest of the Pass, if the weather allows, visitors can have views to Danang city, Tien Sa Port – Son Tran Peninsula, Cham Island, etc. with yellow sandy beaches spreading along the clear and blue ocean surface. There is a rampart and a fortified gateway built at the top of Hai Van Pass since 1826, during the reign of Emperor Minh Mang that is now covered with moss. The side of the gate facing Hue is inscribed with the 3 words “Hai Van Quan” (Sea Cloud Gate).

The other side, looking down on Da Nang and Hoi An direction, says “Thien ha de nhat hung quan” (The most marvelous wonder). As a natural barrier between the between North and South Vietnam, the Pass has been a strategically important position and visitors there are also scattered evidence of centuries worth of military conflict that has plagued this country. 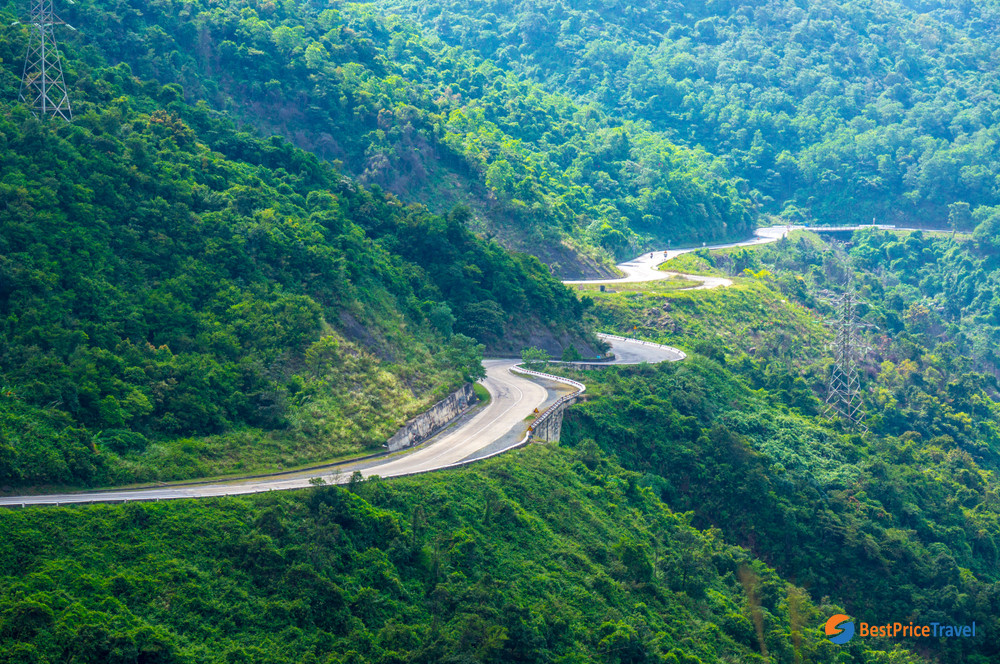 Unique vistas in every corner

From the crest, visitors descend into a sequence of valleys and lagoons. The first is the village of Lang Co, sitting at the tip of a long peninsula which separates a shallow lagoon from the sea, where attractions and delicacies will guarantee an entertaining stop for a meal or even days. Between Lang Co and Hue, there will be a few more small hills, each with its own new and unique vista just beyond.

Every 90 degree turn unveils even more spectacular views as you progress, and since Hai Van Tunnel is available for local commuters to bypass shortly, Hai Van Pass’ lack of population makes it seem even more connected to nature.

Tips before travel to Hai Van: