The Ho Chi Minh City Hall was built and put into use in 1909 as a hotel whose original name was Hotel de Ville, as a less ornate version of the glamorous Hotel de Ville in Paris.

It is thus one of the oldest, biggest and most beautiful French style buildings in Ho Chi Minh City; the most prominent landmark of the city that now functions as the People’s committee building as well.

Ho Chi Minh City is now the largest and most populated city in the country. Ho Chi Minh locates in the south of Vietnam, and in a transitional zone between the south east region and the Mekong Delta. The city center is situated on the banks of the Saigon River, about 1760 kilometers from Hanoi. 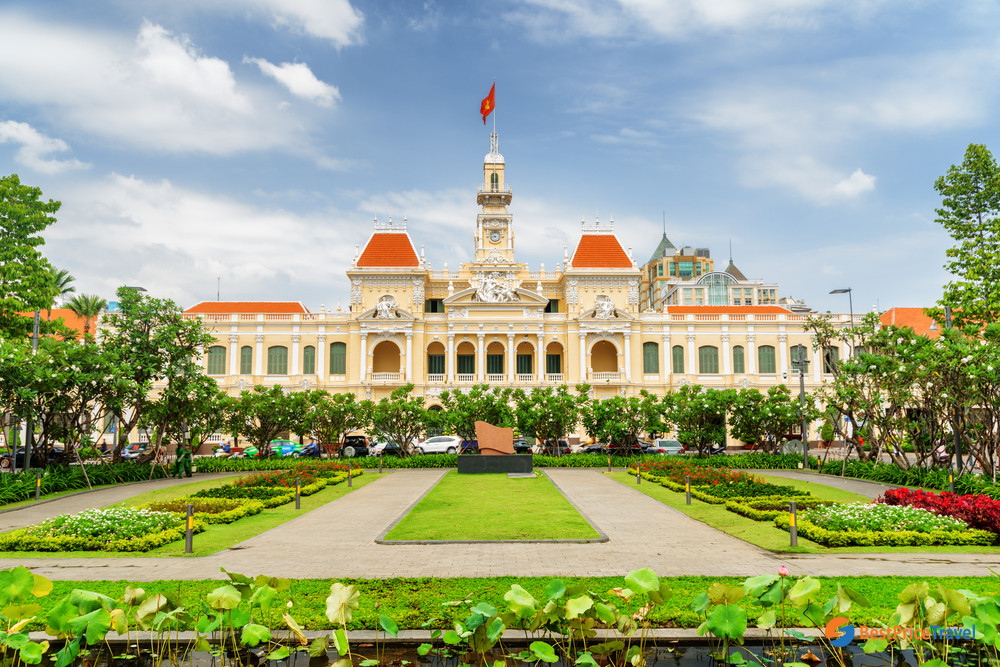 In French colonial time, the city was referred to as Sai Gon (Saigon), a name that is still widely used today. The current name was given after reunification of the country in 1975, and honors Ho Chi Minh, the first president of Vietnam.

In the past, Saigon has nickname as Paris of the Orient or Pearl of the Far East. Ho Chi Minh City has pleasant climate with two seasons: dry season from December to April of the following year and rainy season lasting from May to November. There is no winter in Ho Chi Minh City. 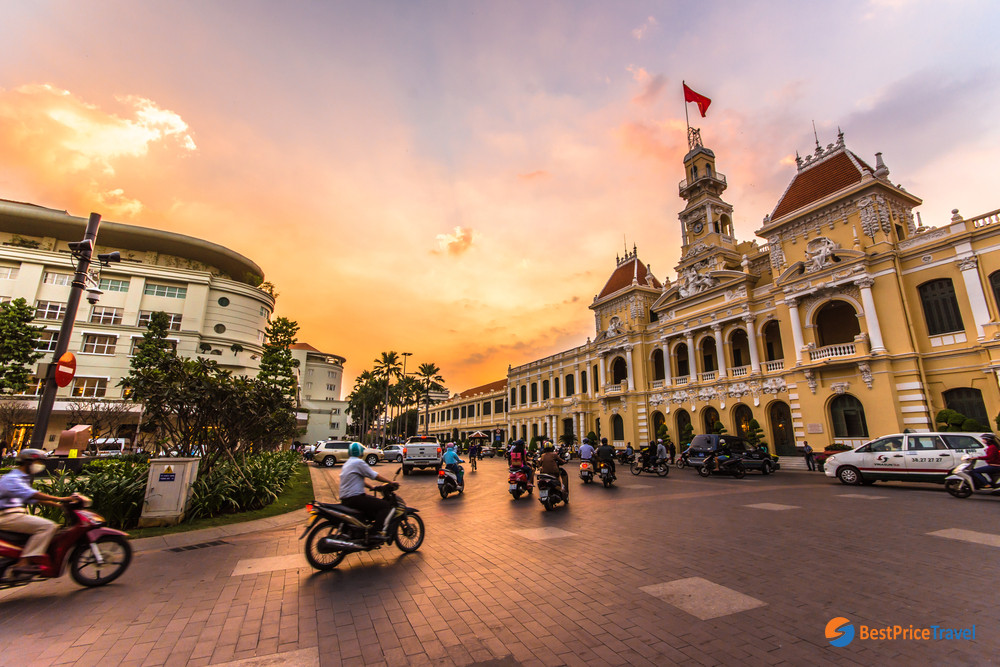 Nowadays, Ho Chi Minh is one key political, economic and cultural center of Vietnam. While Hanoi is the center of government, Ho Chi Minh City is the nation’s economic heart. And it is also a focal tourism center of the country which is an ideal destination for travelers all over the world.