Ho Chi Minh city museum is a great place to gain insights into the history and culture of Vietnam in general and Ho Chi Minh City in particular. This museum has many exhibitions which are comprehensive and animated with detailed descriptions, and houses the memories of Vietnam's independence struggles, taking you back in time to the country's colonial past. Therefore, the museum draws a large number of tourists coming to visit each year. If you are interested in the culture and history of the city and Vietnam, do not miss your chance to visit this museum. Find more detail about the Ho Chi Minh City museum below.

During the Second World War, following the toppling of the French regime by the Japanese, it was transferred to the Japanese Lieutenant, before becoming the headquarters of the Allied Forces. The museum once again fell into French hands after France reconquered Vietnam, becoming the residence of the premier of the provisional government of the State of Vietnam. Following the bombing of the Independence Palace, it served as the residence of Prime Minister Ngo Din Diem, when it was named the Gia Long Palace.

From 1966 to 1975, the Supreme Court was housed in the palace. After the unification of Vietnam, the palace was named the Ho Chi Minh Revolutionary Museum until 1999, when it finally became the current day Ho Chi Minh City Museum. 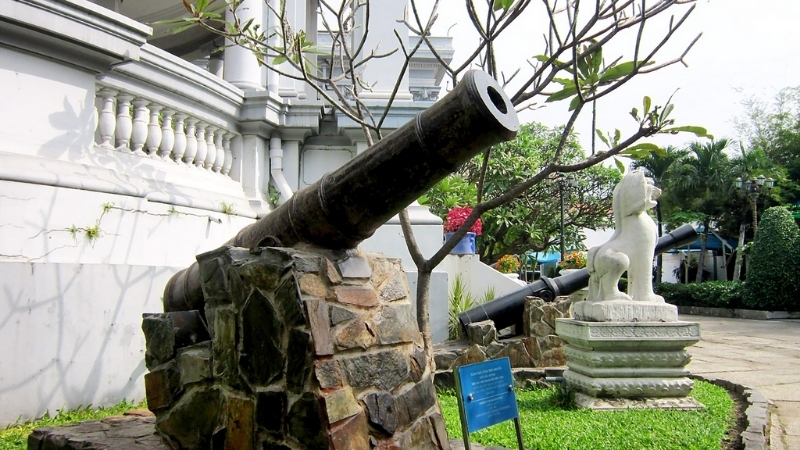 Ho Chi Minh City Museum was built in the late 19th century by the French. This museum was designed by the French architect Alfred Foulhoux. This 2-stunned castle building covers a territory of more than 1700 m², utilizing established Baroque design with European and Oriental impacts. The ground surface, staircases, and corridors were European-styled, while the rooftop was Oriental-enlivened.

The museum is surrounded by a beautiful trapezoid-shaped garden. It also preserves a series of tunnels and the bunker used by former President Ngo Dinh Diem, which was built to protect him during the coup of 1963. 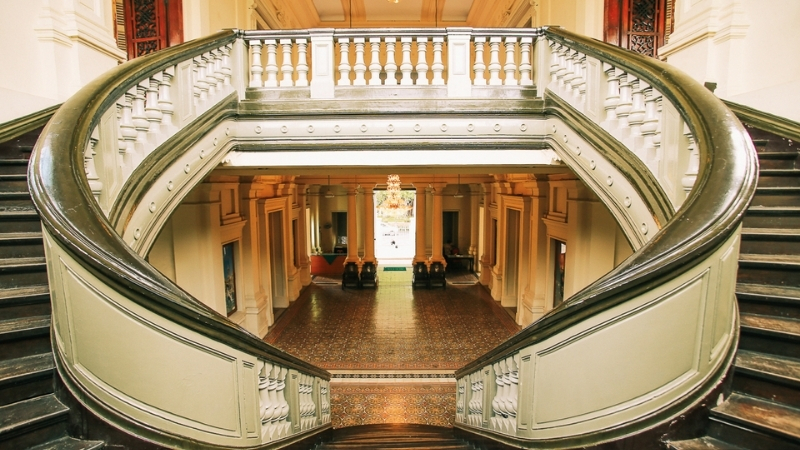 What to see at the Museum of Ho Chi Minh City

The Ho Chi Minh City Museum has a variety of exhibitions and displays. There are 9 fixed parts with 45.666 artifacts. Each part provides the guests with interesting information about Ho Chi Minh City and Vietnam throughout the year.

Room of Geography – Administration: In this room, there is a collection of maps, diagrams, photos, and objects, the showroom representing the establishment and development of geographical locations and administration in Ho Chi Minh City throughout the years.

Room of Trade Port – Trade – Service: Ho Chi Minh city was a major economic center of Vietnam with the most flourishing domestic and foreign trades through ports and markets. This room gives an overview of the role of Saigon in the economy of the Southern region in particular and the country in general. In this room, you can learn more about the establishment and development of the Saigon port system, Ben Thanh Market, Chinese miscellaneous goods shop, ancient weights and measures, and traffic system.

Room of Industry – Handicraft Village: Traditional handicrafts only make up a small proportion of Vietnam economy, but it still contains significant cultural values in Ho Chi Minh City. This room introduces some traditional handicrafts such as pottery, jewelry making, wood engraving, weaving, bronze casting, and the industrial situation of Saigon – Ho Chi Minh City at the end of the 19th century and the early 20th century.

Room of Culture of Saigon – Ho Chi Minh City: Cultural life in Saigon is diversified through a live display of traditional Vietnamese wedding custom, Southern folk belief, traditional performance art, and education of four ethnic groups Viet, Cham, Chinese, and Khmer. Visiting this room, you can learn more about the culture of this southern city of Vietnam. 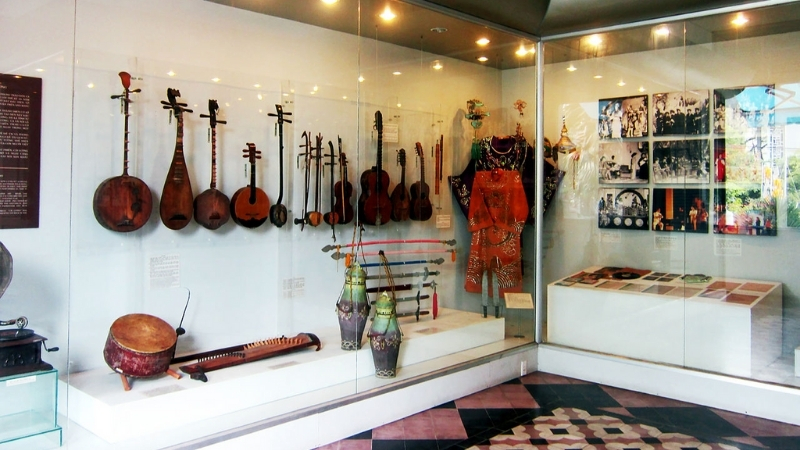 Room of Revolution Struggle 1930 – 1954: Vietnam in general and Ho Chi Minh City, in particular, went through many wars, so this room aims to give you more detail about Vietnam in the war, especially the Revolution Struggle 1930 – 1975. It highlights the political movements since the establishment of the Communist Party of Vietnam and partially displaying the Independence Day’s (September 2nd, 1945) scene in Norodom Square.

Room of Revolution Struggle 1954 – 1975: This room exhibits artifacts regarding Geneva Congress, Uprising movements, The Establishment of the Southern Vietnam Liberation National Front, Cu Chi Tunnel, Mau Than Offensive, and many more events taking place between 1954 and 1975. 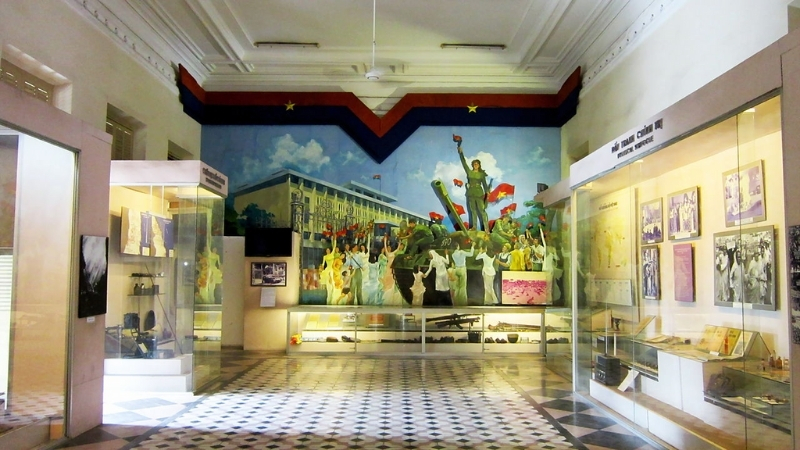 Room of Souvenir of War Resistance: This room is a reminder of patriotic soldiers who sacrificed their lives for the independence of Vietnam.It displays artifacts and relics accompanying the life and fight of cadres, soldiers, and martyrs in 30 years of resistance.

Besides the indoor building, the outdoor exhibition includes a collection of fighter planes and jets from the wars - such as A.37 Fighter, F.5 Fighter, as well as cannons, M41 tanks, and vintage cars.

When you have a chance, do not miss this museum in your itinerary on your next trip to Ho Chi Minh City. It is a great place for sightseeing for few hours and a better understanding of not only the city but the country.