Many tourists who come to visit Vietnam have heard of Cu Chi tunnel, Vinh Moc tunnel, but not many people know that there is a cave in the Cat Ba island which used to be a hospital and a sheltering place for many people in the war. That cave is called Quan Y cave or Army Hospital cave. This is a must-see place if you are on Cat Ba island.

Quan Y cave, or Military Hospital cave is located on Cat Ba island, in Cat Hai island district, 13km from Cat Ba town. The cave used to serve both as a secret bomb-proof hospital during the American War and as a safe house for Vietnam soldiers. Today, the cave is no longer there, but the historical value of the cave still remains. 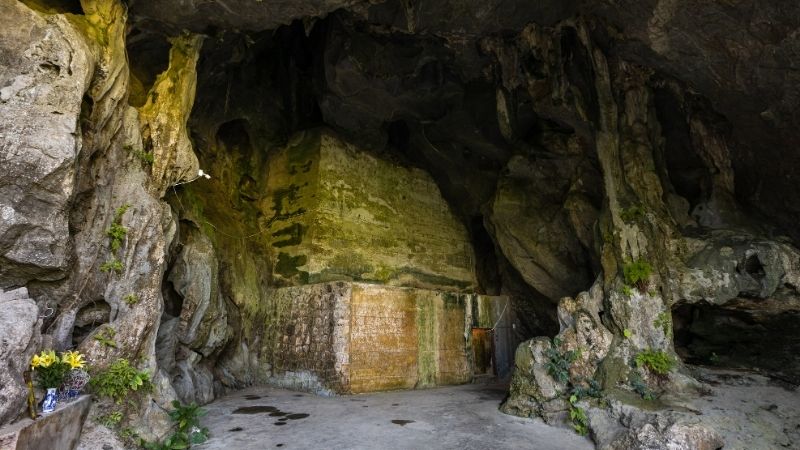 In the past, the cave was named after Hung Son, who was the general of the Tran dynasty, joined the battle on the historic Bach Dang river, and discovered the cave.

From 1963 to 1965 when the USA army bombarded Northern Vietnam with warships and air-plane, the cave was served at the military hospital. It was the place to cure the injured and sick soldiers and also used as a sheltering place to stay away from bombings for local people as well as people from nearby Bach Long Vy island. Hospital Cave was abandoned in 1975 when the Vietnam War has come to an end.

In recent years, the cave has become a popular attraction for tourists who want to explore the historical values and architectural values of the cave. The cave is one of the top historical destinations in the itinerary of cruises to Lan Ha Bay. 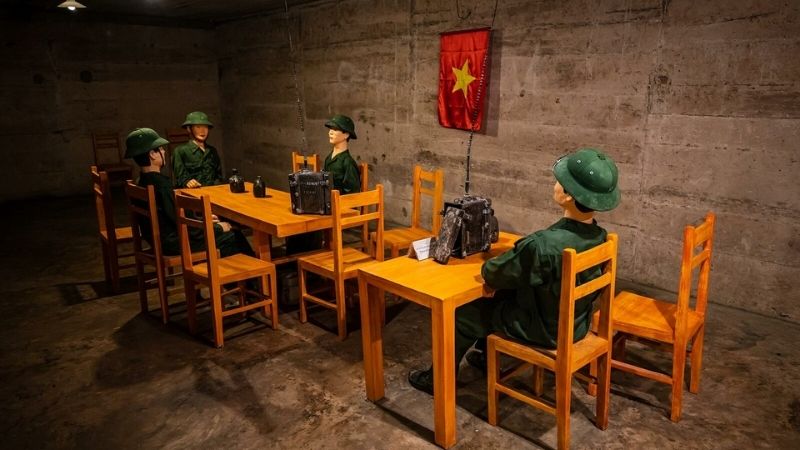 Army Hospital cave has a special structure with stalactites and limestone mountains formed by sediment. The whole structure of the cave is kept intact. The tourists coming here will feel a bit dark due to the lack of light, but the sparkling stalactites inside the cave created a mysterious space, which everyone would love to explore.

The cave was constructed as a self-contained one with concrete. This cave consists of 2 connected caves of 200m in length of each cave. It has a front gate adjoining the west and a back gate adjoining the East. The zone in the middle of the cave contains 3 separate floors with 17 rooms, a cinema tent, and functional rooms.

Army Hospital cave reflects a well-equipped military hospital during wartime which is large enough to serve hundreds of patients. It was smartly constructed with 2 ways from the first floor to the second and the third floor which is very narrow, making it difficult for the enemy to attack. Moreover, on the first floor at the end of the cave, there are two large iron doors filled in the stalactites, which aim to against the assault and attack. 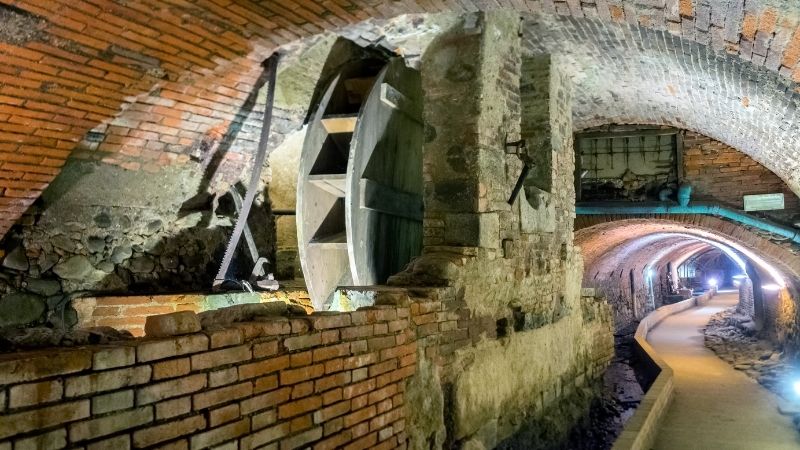 How to get to Hospital Cave

From Hanoi: The easiest way to travel to The Army hospital cave from Hanoi is to book a Cat Ba Cruise which allows its customer to visit the cave. Mon Cheri and Peony cruise are among the best Halong bay cruises including an itinerary to visit the cave.

If you want to travel to Cat Ba island on your own, find useful information in the below article Best Way to Get to Cat Ba Island

By Motorbike: Tourists can rent a bike from the hotel in Cat Ba town, or shops nearby to get to Army Hospital cave. On the 20-minute journey from Cat Ba town to the cave, tourists will have a chance to see outstanding scenery. The price for renting a motorbike in Cat Ba town is from 150.000 VND per day.

By Taxi: Using a taxi is the cheapest and the safest way to travel from Cat Ba town to the Hospital. The price for a one-way taxi is 180.000 VND, you can easily find a taxi for return.

By Shuttle Bus: There are shuttle buses to get around Cat Ba island. Therefore, you can check information with the receptionist at the hotel or the information desk at the main town for more detail. They will give you a map and timetable of the shuttle bus route, which goes back and forth between Cat Ba town and Gia Luon dock at its northernmost point.

This cave would be a great choice if you are interested in history. A visit to the cave helps you to understand what the war really meant to the Vietnamese, and appreciate life more.