Situated 20 kilometres south of Mandalay, Innwa (or Ava as it was previously known) is an ancient imperial capital of successive Burmese kingdoms from the 14th to 19th centuries.

If you want to study Myanmar’s history deeper, Innwa city should be on your top list. Innwa (or Ava as it was previously named), was Myanmar’s old capital city and had been a very important part in Burmese history that shaped and directed the growth of Burma for ages. Located just about 20 kilometers south–west of Mandalay, visitors sure will have your best time here.

Eventually established in 1364 by King Thadominbya under the name Ava, Bagan culture was revived and a great age of Burmese literature ensued. But sadly, not so many know about Innwa although it was the main capital city of Myanmar under five separate occasions for nearly 6 centuries. It was because after series of devastating earthquakes, in 1839, Ava was destroyed heavily so the capital had been moved temporarily to Monchobo. Two years later in 1841, due to a tremendous earthquake that caused extensive damage, the government and the royal power decided to abandon Ava officially and moved their seat to Amarapura instead of rebuilding the city. What you will see when visiting Innwa today is just the remain from this massive earthquake. At that time, the British already set up Myanmar as their colony, and depending on the British conquest of Lower Burma after the Second Anglo-Burmese War, the capital was fixed at Mandalay in 1857. 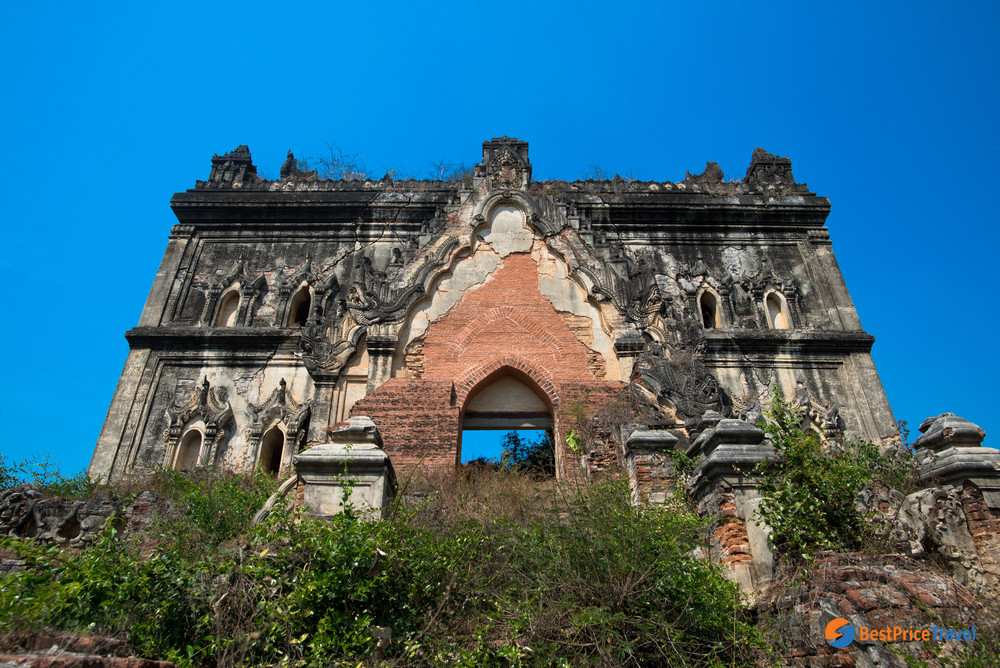 Ancient wall of the ruined Ava

Although Innwa is a leveled city, the remain palaces and some other structures worth to visit even more, since we all known those are the best remained. You can check out the splendid Bagaya Monastery which is fully made of black teak-wood with 57-meter high and currently in quite good condition with carving details from inside out the structure. Built in 1593, this place was used to educate the royals, and they still keep that spirit by using it for housing and schooling local kids today. The only way for you to visit this edifice is by boat across the Ayeyarwady River from Sagaing, and that would be a thumbs up when you can have a full sightseeing view of Bagaya from boat. You can go around by horse-carriage which would be another remarkable experience. Note in mind that any place in Innwa has the most fragile state ever since it has been through a series of natural disaster, you should be gentle while walking and try not to touch the details. 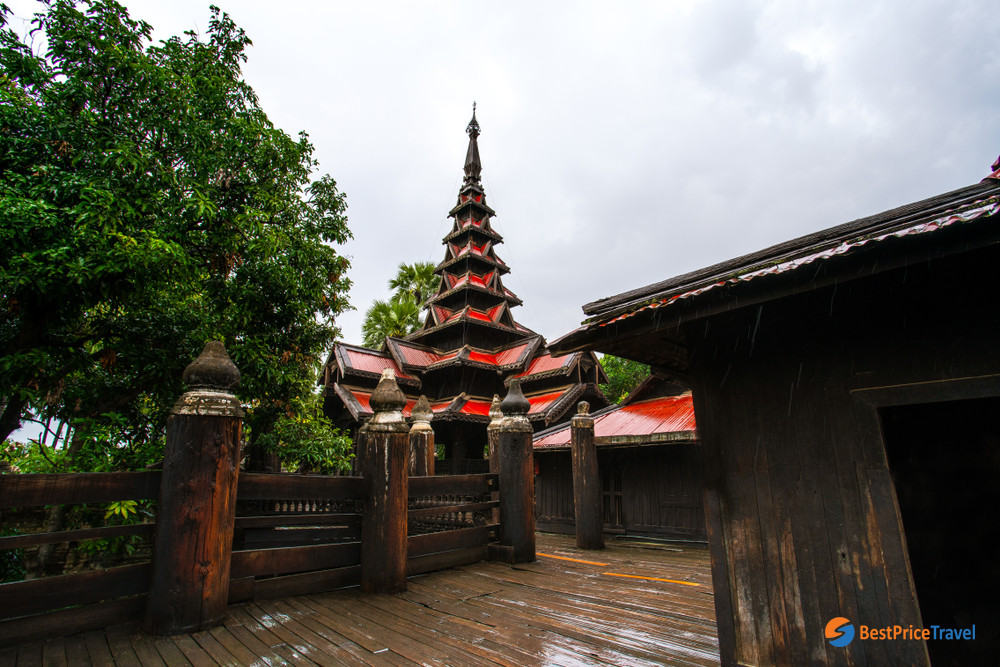 There is another Monastery should be your next highlight in Innwa. Found a few hundred meters South of the Irrawaddy river in Innwa town, Maha Aung Mye Bonzan Monastery, also known as Brick Monastery, is a well-preserved architecture in pale brownish yellow color constructed during the Konbaung dynasty. The reason for this structure is a little more stand out to others is that it was built by a Queen instead of King as usual. Queen Me Nu, wife of King Bagyidaw of the Konbaung dynasty in 1818, built this Brick Monastery as the residence of the Royal Abbott. This Me Nu’s property is open daily during daylight hours, so you can feel free to enjoy this ornate structure with customary details on wood along with stuccoed sculptures. Just north of Innwa, you can also find the disintegrations of Thabyedan (Thapyaytan) Fortress, which was built by King Mindon between 1874-1878 to defend against the British during the third Anglo-Burmese War. It is near the southern Innwa bridge to Sagaing. Therefore, before you take a boat tour from Sagaing to discover other Innwa palaces and monasteries, remember to check out this historic place to fully enjoy this trip.

Panorama of Me Nu Brick Monastery in Innwa

Visitors can get to Innwa by many ways depends on your taste of traveling as well as the previous place you have stayed. From Mandalay, you can take private taxi; from Sagaing, you can get on boat across the river. Once you are in Innwa, tourists can also go around by taxi, horse-carriage, or even by walking.

As mentioned, Innwa is a very delicate city, so beside wearing appropriate clothes, you should mind your movements while visiting. Don’t forget to hydrate yourself on the way by a bottle of water. Also, make sure to bring a camera with you to take spectacular pictures in your way.