Located on Mai Thi Luu Street, District 1 in Ho Chi Minh City, Emperor Jade Pagoda or Phuoc Hai pagoda is one of the five famous pagodas in this city. Here, you have chances explores credence of Vietnamese people and also experience the feeling worshippers.

Emperor Jade Pagoda was started in 1892 on the foundation of Minh Su temple, which is an ancient temple of Chinese community in the South. Despite being finished in 1900, until 1906 the pagoda opened publicly officially. Its original name is Emperor Jade pagoda, but French called "Da Kao" temple. In 1982, after being a part of The Vietnamese Buddhist Association, it was renamed as Phuoc Hai Pagoda.
The pagoda was used for shrining Jade Emperor and the gods who represent for Buddhism, Confucianism and Taoism. Nowadays, the place mainly based on Buddhism. 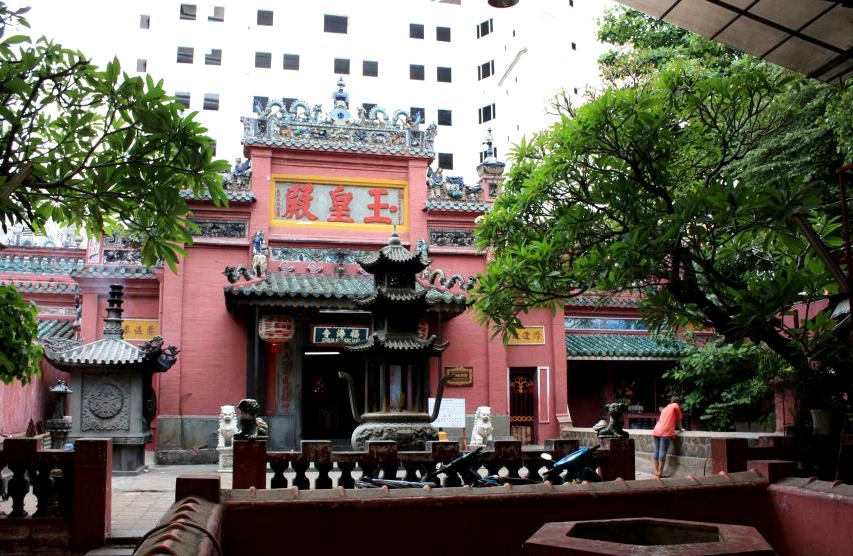 Coming here, you can catch the sight of tree-lined and crowed tortoises in a pond in front of the temple ground; and it is a reason why some people called the temple if Tortoise pagoda.

Main hall is the shrine of Jade Emperor and being aided by retinues standing two sides to protect and decide who are allowed to come in. You can feel the solemn atmosphere here when admire the intricate carved on the temple walls, which illustrates the serious punishments for transgressors in the hell. 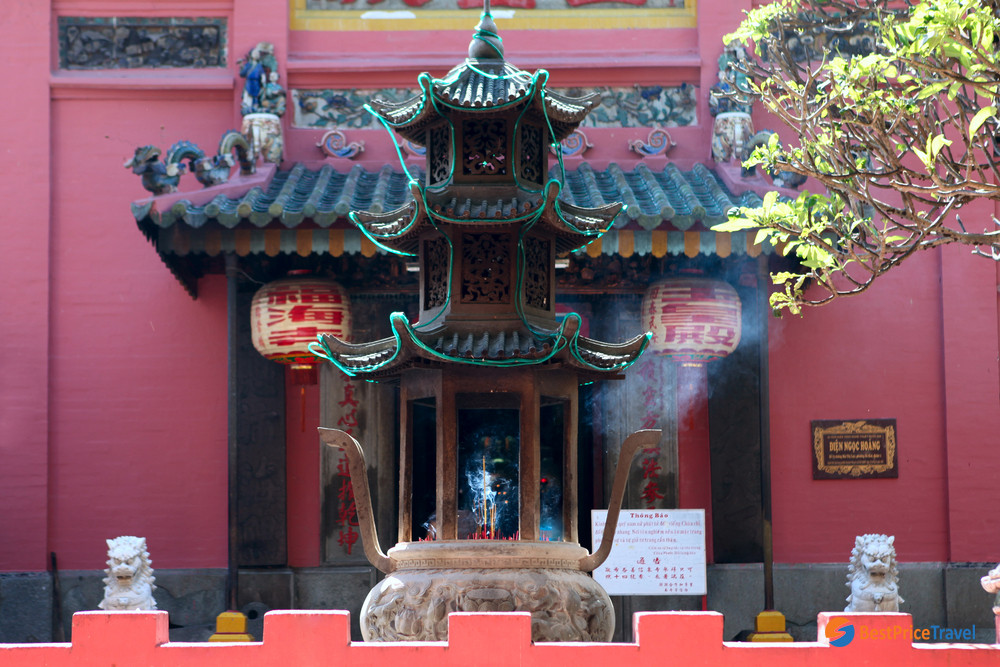 Another hall is the place for worshipping 12 goddesses of fertility. The couples or women, who want to give birth, usually come and pray here. Besides, there are many other statues for worshipping such as Than Tai- the God represents for fortune; Quan Am, Thien Dong Ngoc Nu, Tu Mang Su, Dan Hon Tien, etc.

Generally, people come here to pray and present votive offerings such as flower, joss stick, candles, etc. In some special occasions such as the middle of months in lunar calendar, Tet holliday, January in lunar calendar, with a lot of people coming here, the pagoda becomes crowded and shrines looming dimly in the joss stick’s smoke.

If you are visitors, let be respectful and keep quiet, then you will understand the tranquil atmosphere and meanings of solemn rites here.