Kim Bong is the traditional carpentry village in Hoi An from late of 15th century.  The first thing you hear when go to Kim Bong is the loudly punching and shearing sound; it is bringing vitality to this area.

Once upon a time, Kim Bong was almost gone into oblivion, but with the honor of traditional crafts, the government and artisans here have been trying for restoration and preservation it.

From Hoi An, you only need 10 minutes on the ferry to Cam Kim Island. This used to be a busy commercial port in Vietnam's southern region in the past, so Kim Bong village had conditions to develop rapidly. With its convenient location, the import of raw materials or goods is easily, so the products of Kim Bong have been presented in many countries around the world 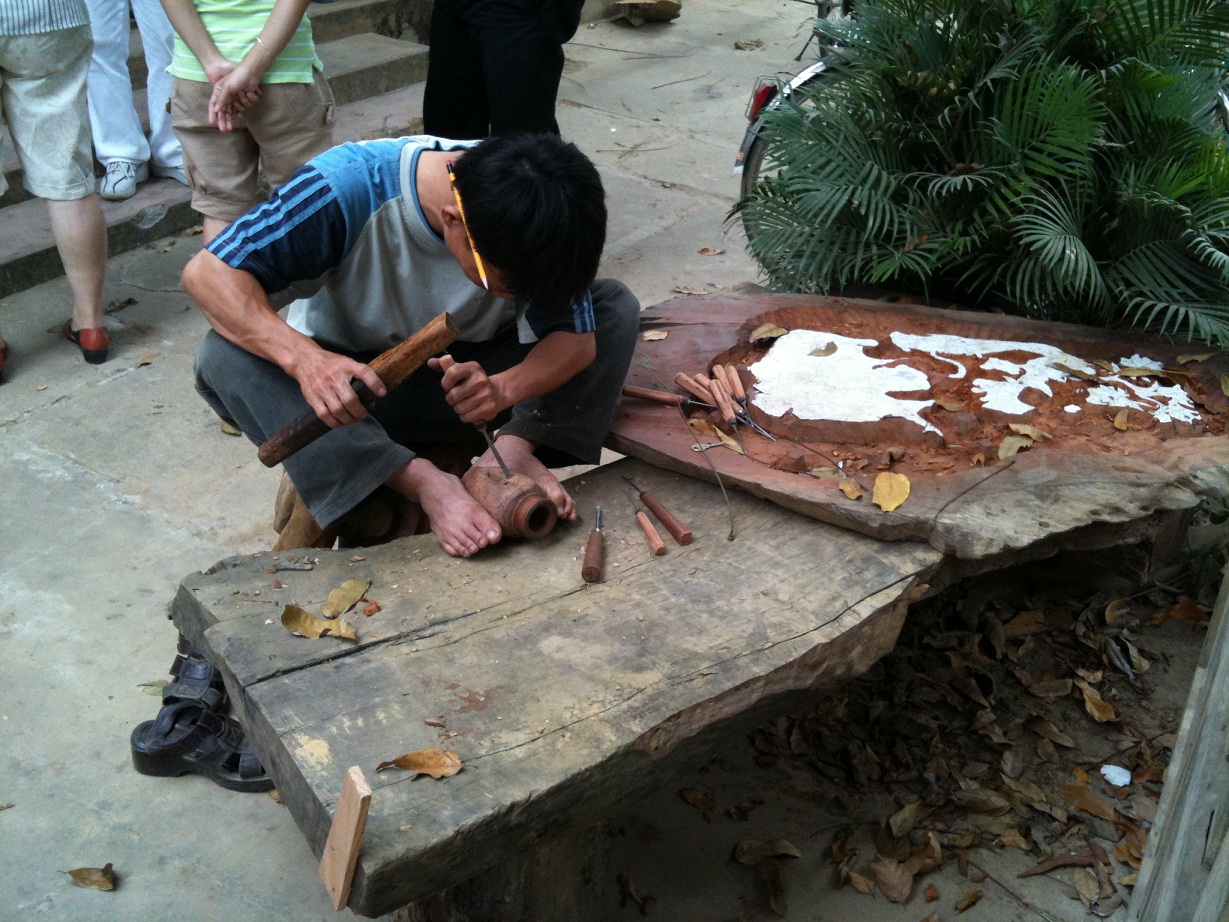 Traditional trade in Kim Bong is divided into 3 main areas as carpentry construction works of urban architecture, shipbuilding and usual carpentry. Most of the buildings in Hoi An are the contributions of the talented hands of this village: the ancient temple, house or family worship house…Not only appeared in Hoi An, another unique structure of Kim Bong carpentry is Hue Citadel. Back then, when the king of the Nguyen Dynasty decided to change the capital to Hue, he had to invite the carpenter from southern areas to construct: Kim Bong and Van Ha in Quang Nam.

The products of this village are very different from the products elsewhere. They are kept in the original state or varnished to retain the natural beauty. While visiting the village, you will be directly witnessed the crusting stages, to know that only one small product like wood buffalo or pig was made uneasily. In addition, you can admire the 1000 dragon carved clove was shown in the exhibition of Millennial Anniversary of Hanoi, Japanese Covered Bridge was moved intact, ... 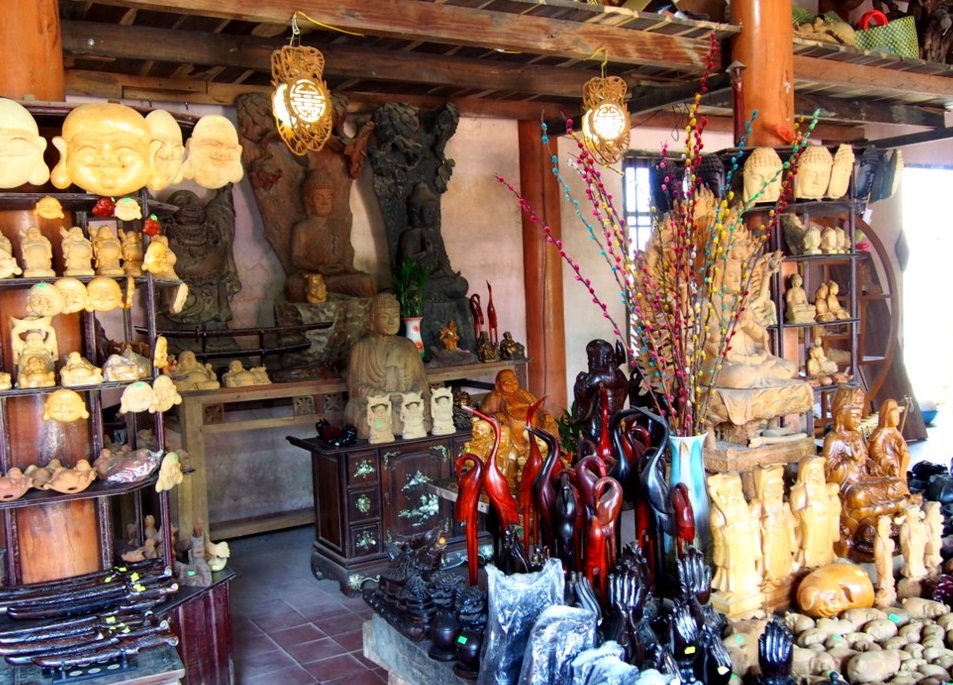 Kim Bong's products are not sold and advertised widely, but its value is very famous. Vietnam people still come here to buy a piece of furniture, decorative furniture or hire someone to build an ancient house. And you, you can buy some house wares or small wooden statues here.