Lak Lake, set among picturesque rolling hills, is still an off-the-beaten-path destination, even though the last Emperor of Vietnam, Bao Dai, saw fit to build a summer house overlooking the lake, which doubles in size in the rainy season. There's a laid-back feel to the lake shore, where most visitors end up, with elephants awaiting passengers or strolling slowly around the lake and through the M’nong settlement of Jun Village.

Vast, tranquil and fringed by rolling hills, Lak Lake is the Central Highland’s largest natural freshwater lake. It is home to the Mnong, a tribe that relies on the lake for their livelihood and they can be seen fishing in traditional dugout canoes. Fifty-two kilometres south of Buon Ma Thuot, on the road to Da Lat, Lak Lake is a fantastic daytrip but the peaceful atmosphere and homestay opportunities make a case to linger. Whether you come from Da Lat or Buon Ma Thuot, expect a stunning drive. 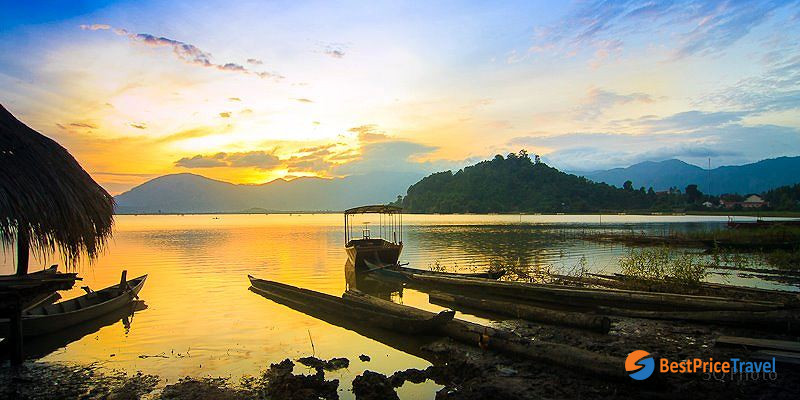 The lake is related to a famous legend that every citizen in Dak Lak knows. In the past, the fire god defeated water god after a fight lasting for loads of farming seasons which resulted in drought in the Mo Nong’s village. Meanwhile, there was a guy born between the loves of the Mo Nong girl with the fire god named Lak Lieng. To redeem himself of his parents, the boy went to look for water sources to save the villagers. After days and nights crossing rugged mountains full of wild beasts, once rested he spotted a small eel trapped in rock slot waiting for the withered death. He saved the eel. In return, the eel led him to a vast lake and Mo Nong people have settled here. The lake and the land are Lak Lake area today.

Surrounded by primeval forests, the lake is a popular eco-tourist site. It is also closely associated with the many legends of the local M’nong ethnic people.

It covers 500 ha and is about 500m above sea level. From afar, the lake looks like a soft silk strait adding to the charm of the central highlands mountain.

The lake is surrounded with primeval forests featuring a wide variety of flora and fauna species, many of them listed in the Red Book. A large number of tamed elephants live around the lake. The scene of mahouts riding elephants around the lake and on the streets or elephants swimming in the lake attracts lots of tourists. 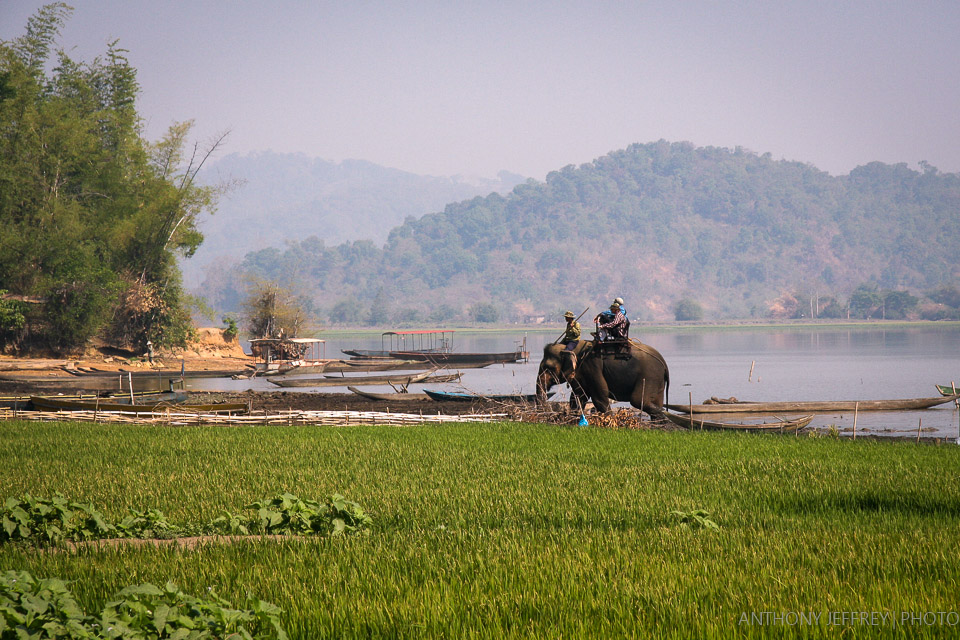 In addition to exploring the lake’s natural beauty, visitors to Lak Lake can also discover the traditional culture of the M’Nong and their elephant taming work.

Mnong villages are located on the southern and western banks but anywhere on the water you’ll find men in wooden boats fishing with baskets and nets, and women and children on the shore knee deep collecting snails, crayfishes, crabs and small fish.

Other attractions in Buon Ma Thuot