Mandalay Palace was the primary royal residence of King Mindon and King Thibaw - the last two kings of the country.

The Mandalay Palace becomes the last royal palace of the last Burmese/Myanmarian monarchy. Between 1857 and 1859, the palace was constructed as one part of King Mindon's founding of the new royal capital city of Mandalay. The plan of Mandalay Palace largely follows the traditional Burmese palace design; particularly, it is located inside a walled fort surrounded by a moat. The palace itself is at the centre of the citadel and faces in the east. All buildings of the palace are of one storey in height. The number of spires above a building indicated the vital of the area below. 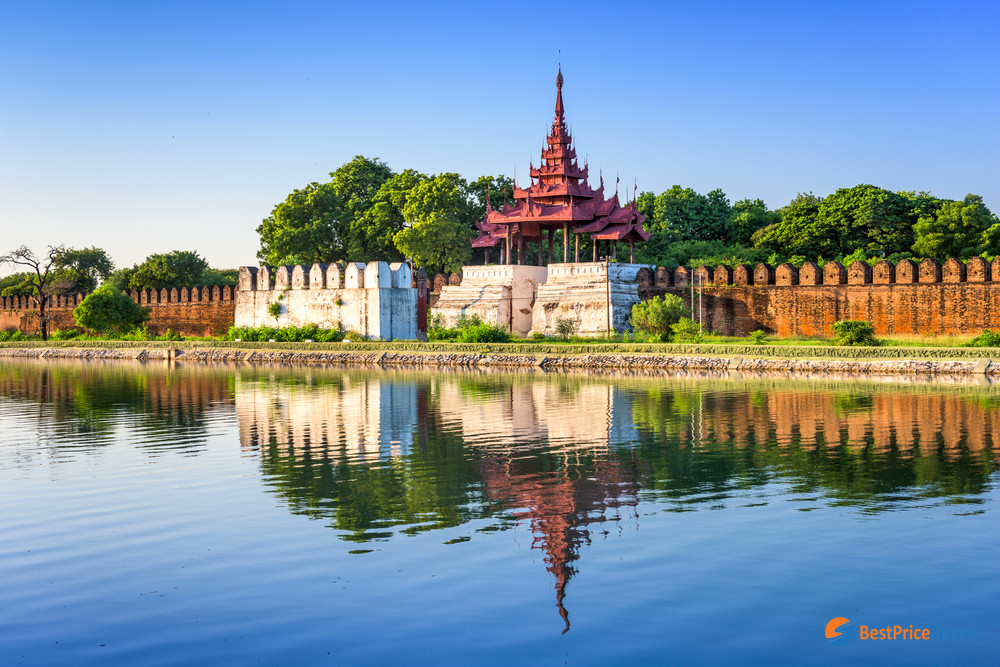 The panoramic view of Mandalay Palace

Mandalay Palace was the primary royal residence of King Mindon and King Thibaw - the last two kings of the country. The British turned the palace compound into “Fort Dufferin” during their colonial period, and named the palace after the viceroy of India. Throughout the British colonial era, the palace was seen by the Burmese as the primary symbol of sovereignty and identity. Much of the palace compound was destroyed during World War II by allied bombing and has been rebuilt using forced labor. Only one major wooden building was left to survive – the Shwenandaw Monastery, which is built completely of teak and decorated throughout with detailed and ornate carvings. The watch tower and royal mint were also heavily damaged.

The rest of the Royal Palace has been rebuilt from scratch. A replica of the palace was rebuilt in the 1990s with some modern materials. However, the finely built palace walls, the city gates with their crowning wooden pavilions and the surrounding moat still represent an impressive scene of Mandalay Palace, or in other name: "Mya-nan-san-kyaw Shwenandaw". A model of the Mandalay Palace, Nanmyint-saung and traditional cultural museum are located inside the grounds of Mandalay Palace. Today, Mandalay Palace is a primary symbol of Mandalay and a major tourist destination. 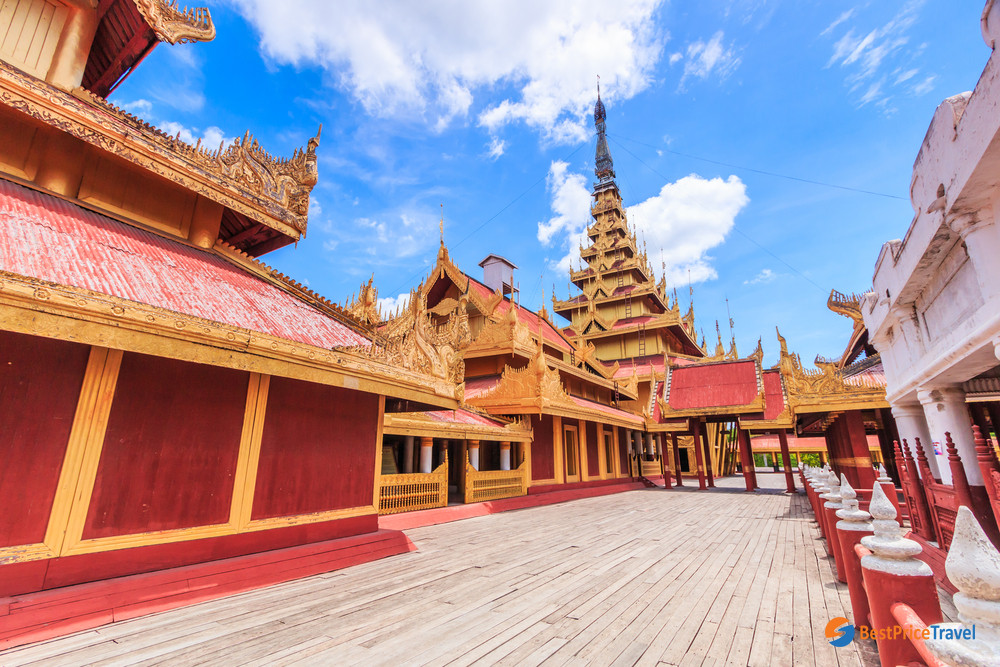 Mandalay Palace is well known as the last royal palace of the Burmese monarchy. Mostly, the palace is designed in a traditional architecture, built completely from teak woods. Located on a 413-hectare square, this palace was constructed inside a fortified, sophisticated fortress and surrounded by a beautiful moat. Mandalay Palace is home to the main royal family of King Mindo and King Thibaw - the last two kings of the country. The wall system is 2 km long with 48 artillery launchers. The castle has 12 doors representing 12 zodiac signs. Each side of the wall has 3 doors divided with equal distance between the door and the corners. It is believed that moat surrounded outside even had a system of spikes to trap enemies in case of attack, which is a very strategic design. 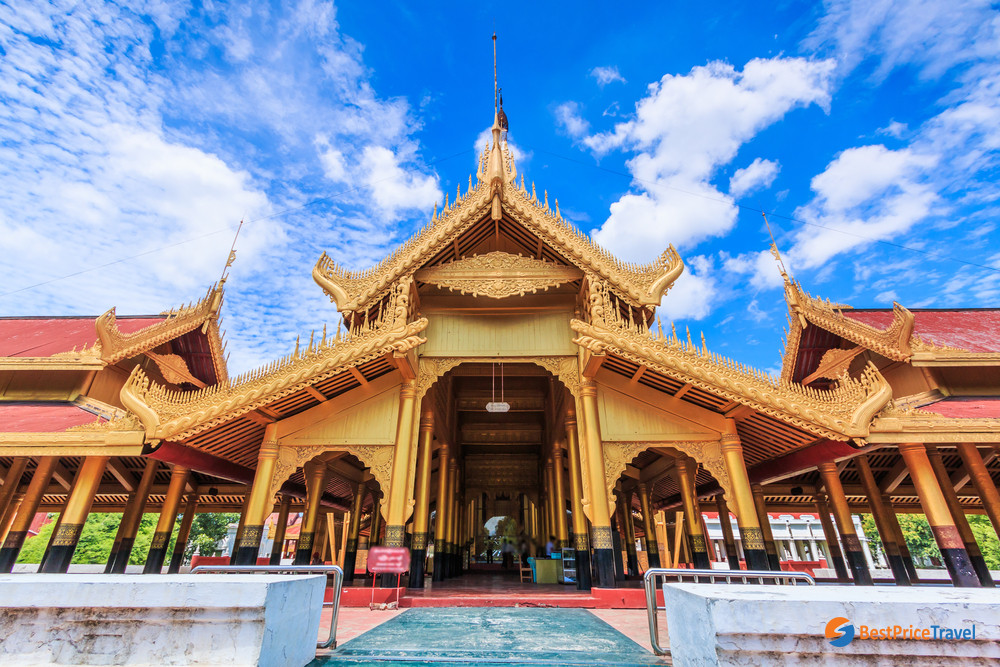 With its exquisite and unique design, Mandalay royal palace has been preserved for many years, in order to retain the essence of the architecture that is extremely attractive to visitors. Visiting this Myanmar heritage, tourists will have the opportunity to discover the Royal culture in the most satisfying way. Mandalay Palace is also a spectacular spot to enjoy sunset.

The Royal Mandalay Palace is located between 12th street and 26th street. The opening hours range from 7:30 am to 4:30 pm and the entrance fee is US$ 10.

Renting bikes to get to Mandalay Palace is a good option. City tour around Mandalay city including Mandalay palace is also available at many hotels.