Myanmar lies between two great and very different cultures which have influenced not only religion, culture, and arts, but also culinary art. Once travel to Myanmar, there are some iconic foods that you must try.

Because Myanmar has diverse geographical features, favorable seasonal conditions and is naturally endowed with fertile soil and water resources, it boasts an abundant supply of food in a great variety all year round.

Myanmarlies between two great and very different cultures which have influenced not only religion, culture, and arts, but also the preparation of food. During the colonial period, the influx of Chinese and Indians also had an impact on Myanmar's traditional food, introducing new items. With the advent of globalization and trade liberalization, the most famous foods from around the world are available in the cities, yet the majority of Myanmar people still cherish their own food, ensuring that its essence and uniqueness remain unchanged.

Myanmar people have a long tradition of preparing food in their own way and the history of traditional food may be as old as the culture and arts of its people. Lots of herbs and spices are used, and most dishes are highly flavored, although with much less heat than Thai cuisine. The best-known Burmese dish is On-no-khaukswe, a chicken curry based on coconut milk, served with plain boiled rice or egg noodles. The other popular meals include laphet (tea leaf salad), Shan-style rice, Burmese curry, Burmese sweet snacks, Shan-style ‘tofu’ noodles, Nangyi thoke, Mohinga, Shan-style noodles... 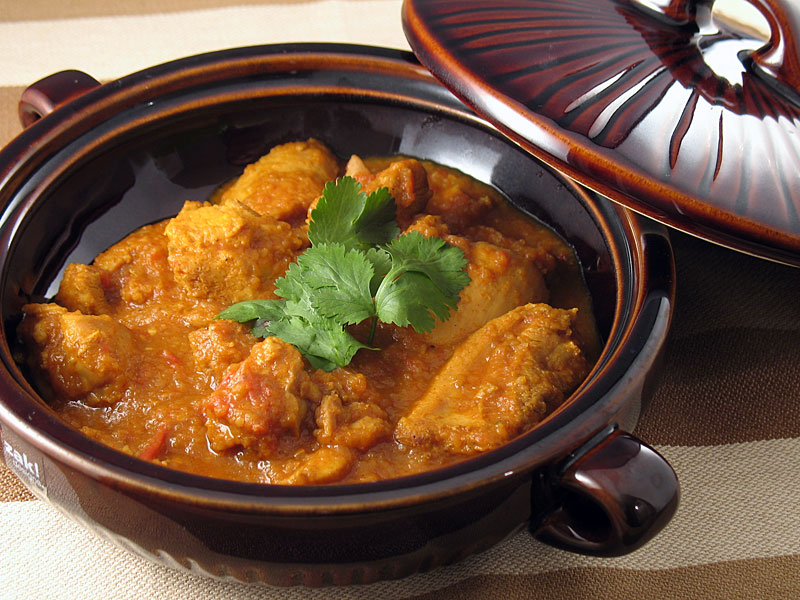 Myanmar is an agrarian country with rice as the principal crop. Rice is the staple food except among those in highland areas where rice is difficult to grow. In those areas, rice, millet, sorghum, and corn are staples. Rice is accompanied by a raw salad of leaves, fruit, or vegetables; a soup; and curries of fish, meat, prawns, or eggs. In addition to turmeric and chili, curries are seasoned with fermented fish or shrimp paste. A variety of cultivated vegetables and wild greens are eaten as well as bamboo shoots. Meals often are accompanied by lentils, pickled relishes, and balachaung (made from fried dry prawns). There are a variety of rice-noodle dishes. After a meal, it is common to eat fresh fruit. 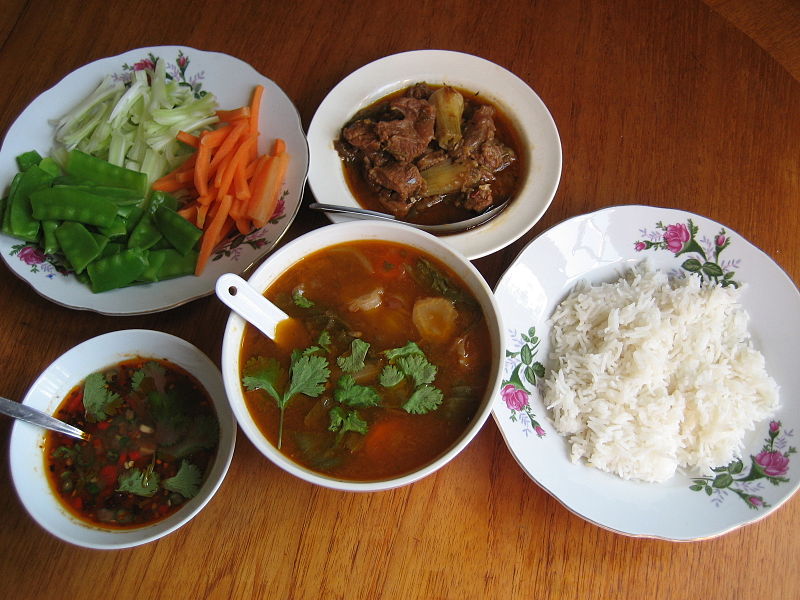 In a traditional serving, there are no appetizers or wines. A typical Myanmar meal includes a plate filled with rice, dishes filled with different curries, soup in the main bowl, and green or boiled vegetables with fish sauce. Dishes are served simultaneously rather than course by course as in western dinners.

In traditional Burmese medicine, foods are divided into two classes: heating or cooling, based on their effects on one's body system, similar to the Chinese classification of food.

Food is eaten with the fingers, but dishes are provided with serving spoons to be handled with the clean left hand. Soup is usually served in a single bowl for all the diners and is shared. It is common to drink water and eat fruit after the main meal. Throughout the day people eat betel and smoke tobacco. Burmese not only drink tea made from dried tea leaves but also eat pickled tea as a snack. Other snacks include chappatis, fried insects, and Chinese pastries. 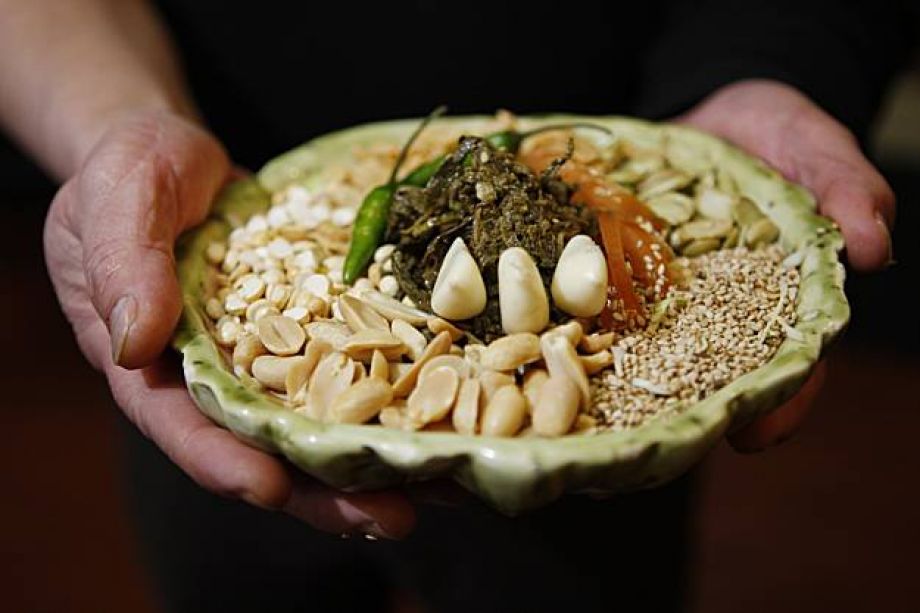 Most Myanmar snacks are made of rice or glutinous rice, milk or grated shreds of coconut, and sugar or jaggery as sweeteners. Myanmar people are very fond of snacks either breakfast items, as fast food, or as at tea-times. 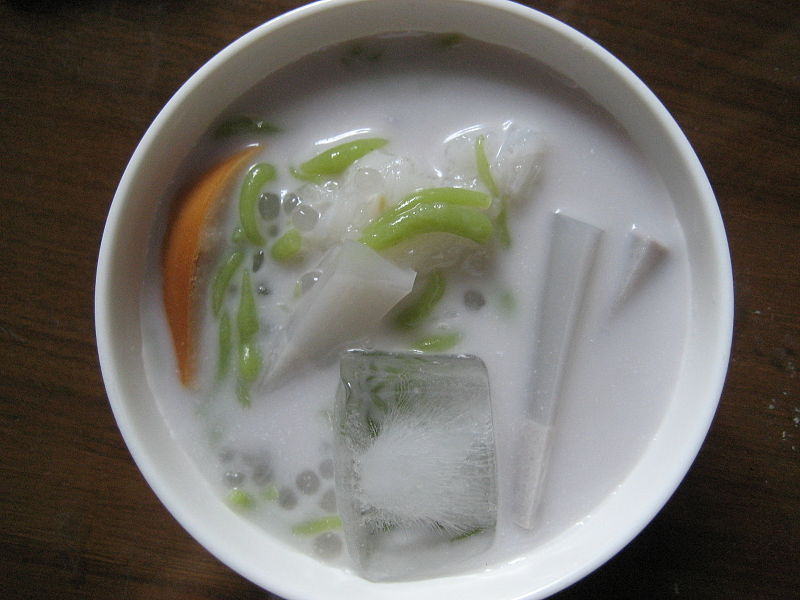 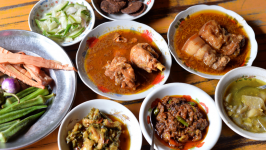 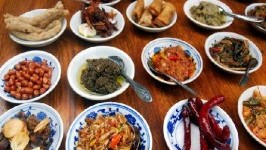 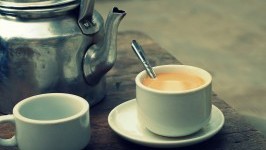