Myingyan is a well-known city in the Mandalay Division of central Myanmar. It is currently the capital of Myingyan Township and lies along the National Highway 2.

Myingyan is a city and district in the Mandalay Division of central Myanmar; previously, it was a district in the Meiktila Division of Upper Burma. The city lies in the valley of the Ayeyarwady River, on its east bank to the south of Mandalay. Especially, the surrounding area the town is quite flat to the north and along the banks of the Ayeyarwady. Myingyan is one of the famous destinations that tourists have to visit when coming to Myanmar, due to its special beauty.

The area around the town is flat, especially to the north and along the banks of the Ayeyarwady. Inland the country rises in gently undulating slopes. above sea-level. The climate is dry, with high south winds from March until September. The annual rainfall averages about 35 in. The ordinary crops are millet, sesame, cotton, maize, rice, and a great variety of peas and beans. There are no forests, but a great deal of low scrubland. Myingyan is the head of the branch railway to Thazi and the mainline between Yangon and Mandalay. 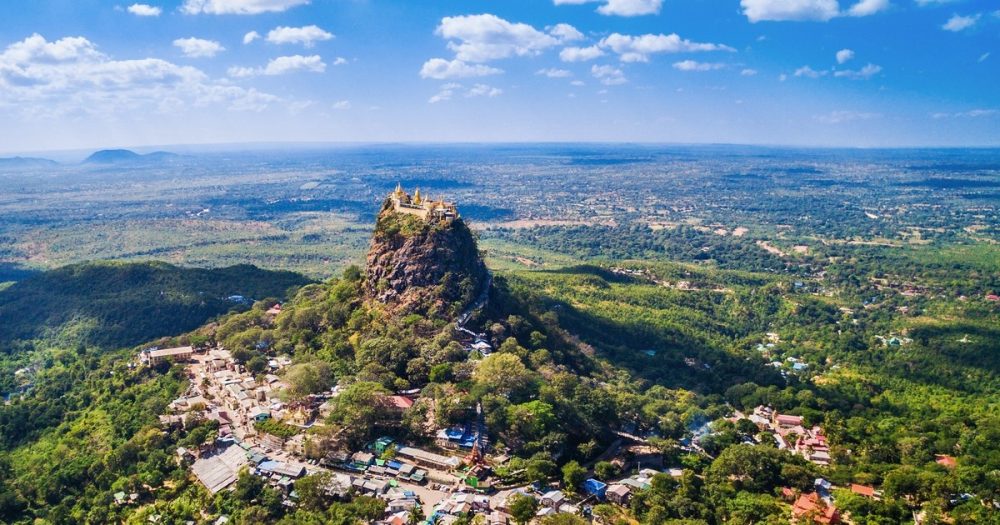 The township of Myingyan

The most interesting and popular feature of Myingyan is Mount Popa, an extinct volcano with the highest peak of 4,962 feet above the sea-level. This mount is famous for its golden glistening monastery on the top that worships the Nats and the national park in the surrounding. To reach the top of the mountain, tourists can conquer the 777-step adventure to the top. Also, tourists must walk on bare feet for the entire trek and wear respectable clothing as the mountain is a sacred place to locals. Besides, tourists should bring tissue wipes and an adequate supply of water as the stairs are dusty and very hot due to the tropical heat. 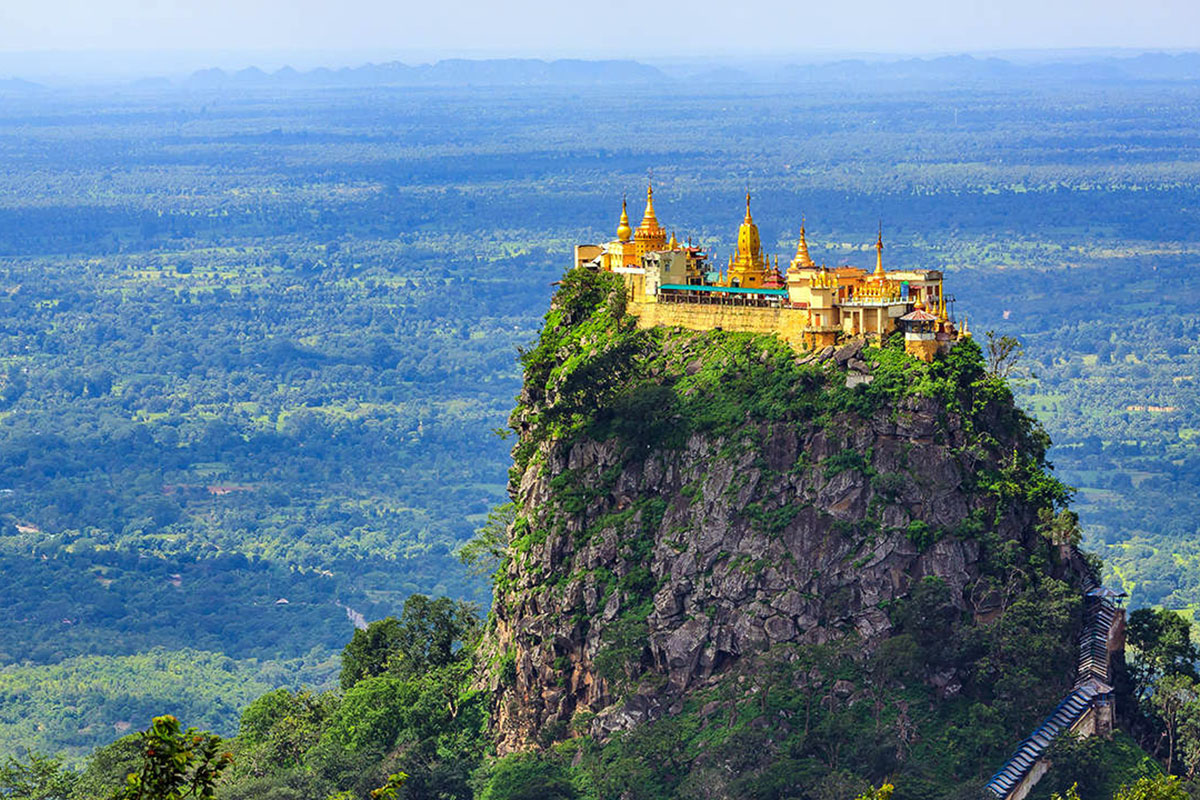 There are monkeys wandering along the path and they are even offered food by people here. Although the climb may be a bit tough, visitors will be rewarded with a spectacular scene of golden stupas, statues, and the blue clear sky. From the top of the mountain, the landscape is marvellous and refreshing with dreamlike foggy forest surroundings, a blue sky, and a beautiful horizontal line. This surrounding forest belongs to Popa Mountain National park which is home to thousands of animal and plant species that any nature lover would fall for.

You can get to Myingyan by taking buses or trains from Bagan, Yangon, or sailing on the Ayeyarwady River. The ideal time to visit this place is the dry season from November to May as heavy rain in the rainy season may disrupt the sightseeing experience.