If you travel to Luang Prabang (Laos), you should have Pak Ou cave into your list of destinations. This is not only a unique, mysterious and spiritual place, but also has many historical meanings.

It is said that Pak Ou Caves has existed for a long time, even before the arrival of Buddhism in Laos. Therefore, to show respect for this caves, whenever traveling here, Lao will place Buddha statues in the cave.

Pak Ou Caves is located on the Mekong River, in the north of Luang Prabang. “Pak Ou” is meaning the caves at the estuary of Ou River. The cave system including 2 caves: Tam Ting and Tam Pum. Tam Ting caves, which means the cave of a thousand Buddha statues. According to the name, there are thousands of Buddha statues in all sizes from small to as high as the height of a person. The latest research shows that there are about 4,000 statues in two caves, 1,500 in the upper cave called Tam Pum cave and 2,500 statues in the other one as known as the main cave is called Tam Ting cave. Most of these statues are made from wood, painted with red or black lacquer, and finally covered with gold leaves. There are also some made from the horns of animal, bronze and ceramic. 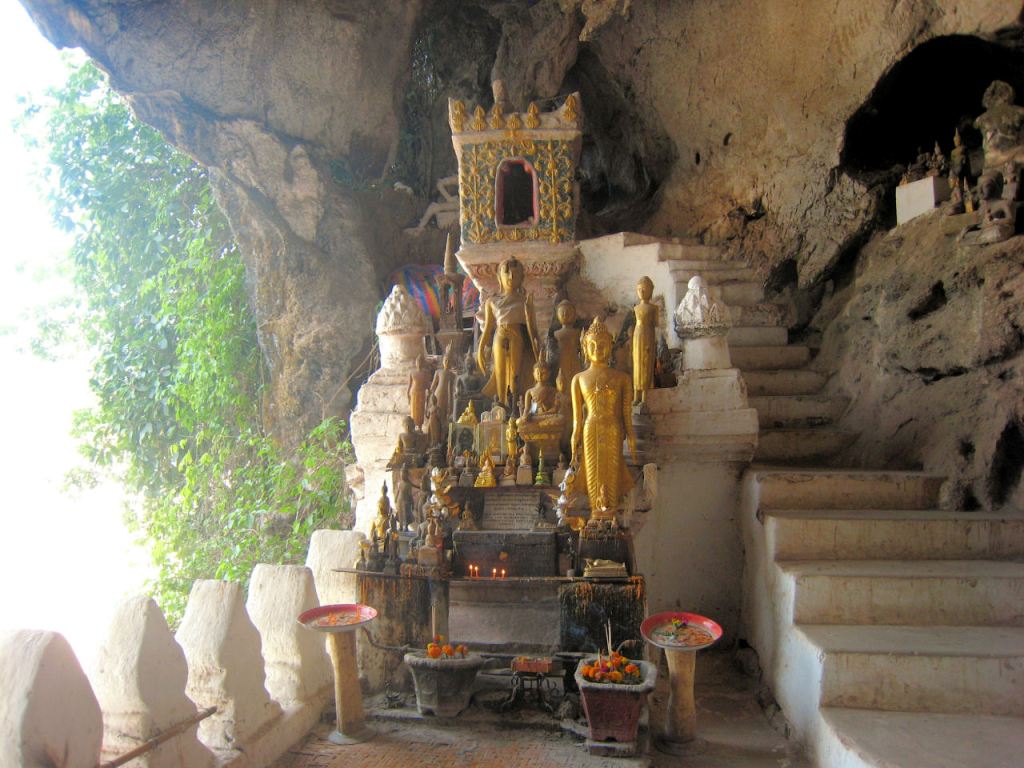 It is said that the ancient kings often visited the Pak Ou Caves on Pimay (Water Festival in Laos) and spent the night in this area to control the Buddha's ceremony in this cave. During this time, a lot of people sailed boats from Luang Prabang to the Pak Ou Caves, along with the king to perform the ritual bathing Buddha.

Today, for the convenience of tourists, it is built a stone stair system over 200 steps connecting Tam Ting cave to Tam Pum cave. Like Tam Ting Cave, Tam Pum Cave also has many big and small Buddha statues of all kinds that people have worshipped for hundreds of years. However, due to the structure of the cave, Tam Pum cave is much longer than Tam Ting cave. Tam Pum cave becomes much colder than the other because of this structure. Due to the light and sacred Buddhist space, Tam Pum cave makes anyone feel mysterious when entering the cave. 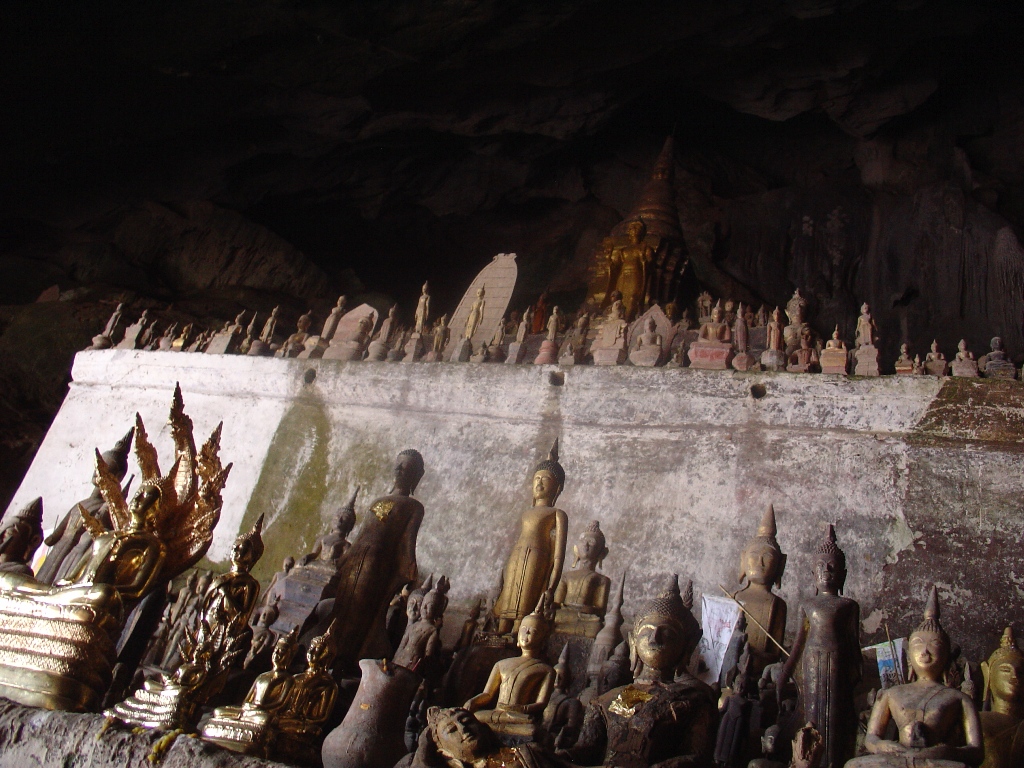 Not only creating a Buddhist area, but Pak Ou Caves also creates an image of women with the looms. In the past, when Pak Ou Caves was not widely known, the locals weaving fabrics were mainly for their family and village. Since Pak Ou Caves has become one of the attractive tourist spots in Luang Prabang, this traditional product has become a souvenir for tourists.

Located on a small mountain and facing the river, the only way to reach Pak Ou Caves is to hire a boat from the local people. Travelling to Pak Ou Caves is totally an interesting journey to explore the Land of Million Elephants.