Phnom Bakheng at Angkor, Cambodia, is a Hindu and Buddhist temple in the form of a temple mountain. Dedicated to Shiva, it was built at the end of the 9th century, during the reign of King Yasovarman.

Phnom Bakheng, the state temple of the first Khmer capital in the Angkor region, survives as one of the world’s greatest architectural treasures. The Temple of Phnom Bakheng was constructed between the late ninth and the early tenth century by Yasovarman I as the centerpiece of his new capital, known as Yasodharapura. It was abandoned only a few decades after its construction, but its privileged hilltop location makes it unique among the temples of Angkor. Its stepped pyramid construction is a built representation of Mount Meru, home of the Hindu gods. Shrines and guardian lions adorn the five levels of terraces that make up the pyramid; decreasing in size towards the top of the temple, these enhance the impression of the temple’s height. 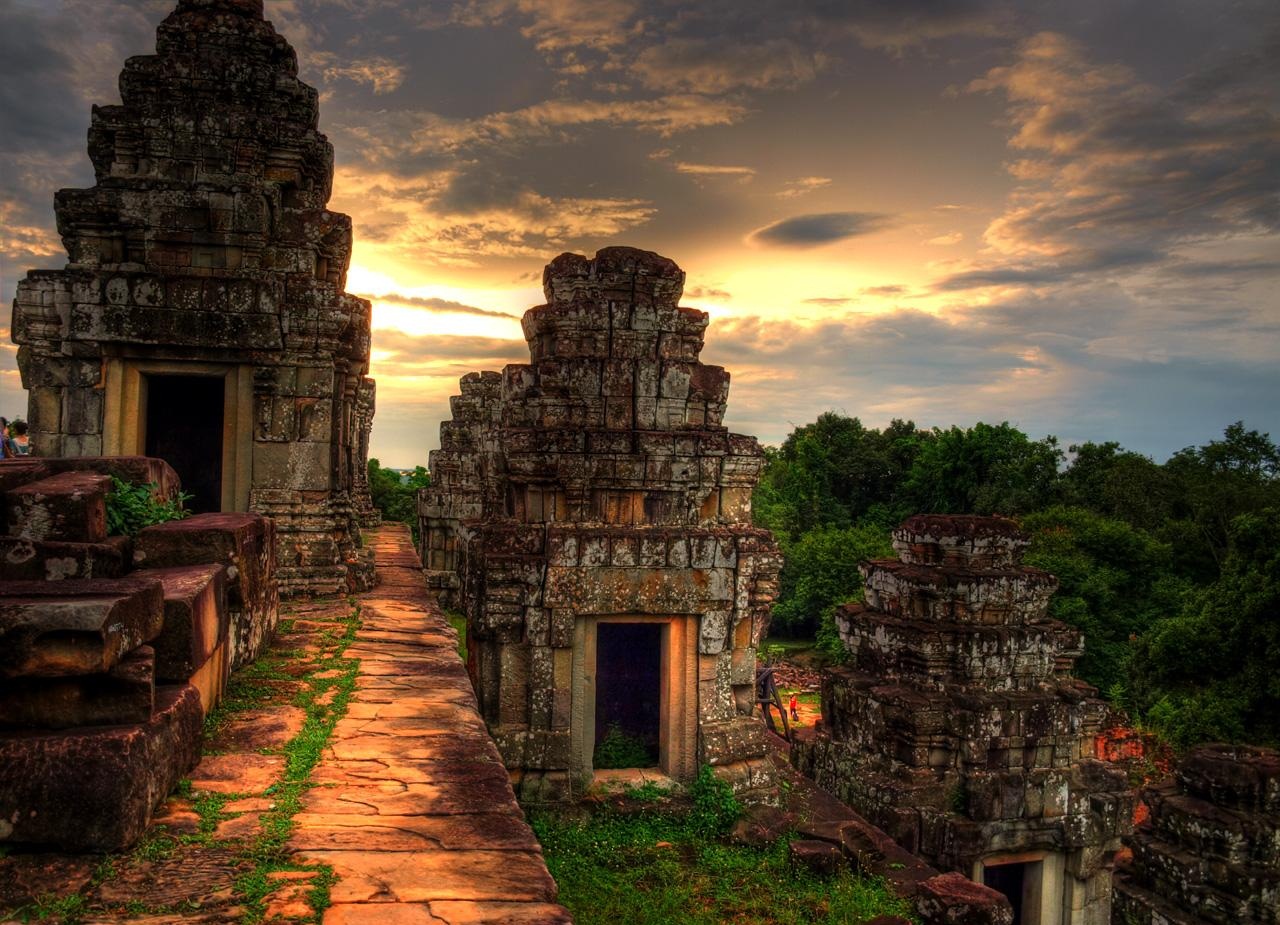 Five shrines on the top platform, arranged in a quincunx formation, represent the five peaks of Mount Meru. In the sixteenth century, an attempt was made to construct a large seated Buddha around the central shrine, which has since been dismantled. The central temple was surrounded by multiple brick towers, which only survive as ruins. Today, Phnom Bakheng is a popular spot for panoramic views of the Angkor landscape, often enjoyed by visitors at sunset.