Phnom Kulen, meaning "Mountain of Lychees", is a small mountain plateau of moderate height. It is an important pilgrimage site for Cambodian people.

Phnom Kulen, the most sacred mountain in Cambodia, has attracted lots of domestic visitors during weekends and festivals. There are 56 Angkorian temples on the hilltop, but they’re mostly in downgraded condition. In the past, the hill once was the ancient capital city II in AD 802 and witnessed several important events including declaration of God King and independent announcement from Java.

At the summit of the hill, the waterfall and the Preah Ang Thom Pagoda with giant Buddha statue attract thousands of visitors a day. For people interested in Angkor’s history, it is supposed to be the birthplace of the ancient Khmer Empire. 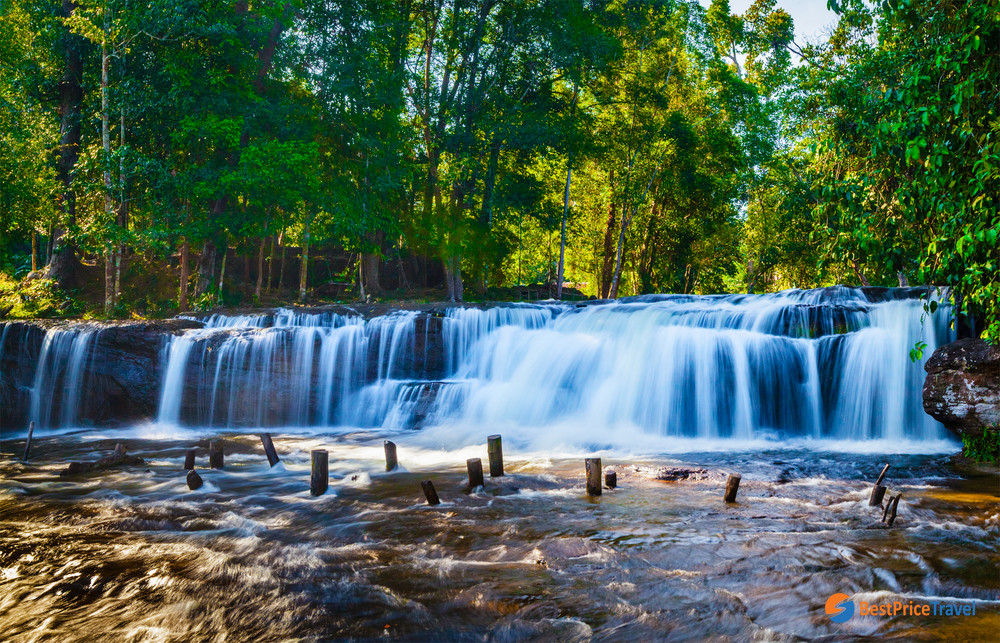 The most famous tourist sites of Kulen are the River of a Thousand Lingas, the large Buddha statue of Preah Ang Thom, as well as the stone elephant of Srah Damrei. There are dozens more temples and rock shelters, some of them dating back as far as the 8th and 9th centuries. Several prehistoric sites are located in the natural caves all around the plateau. 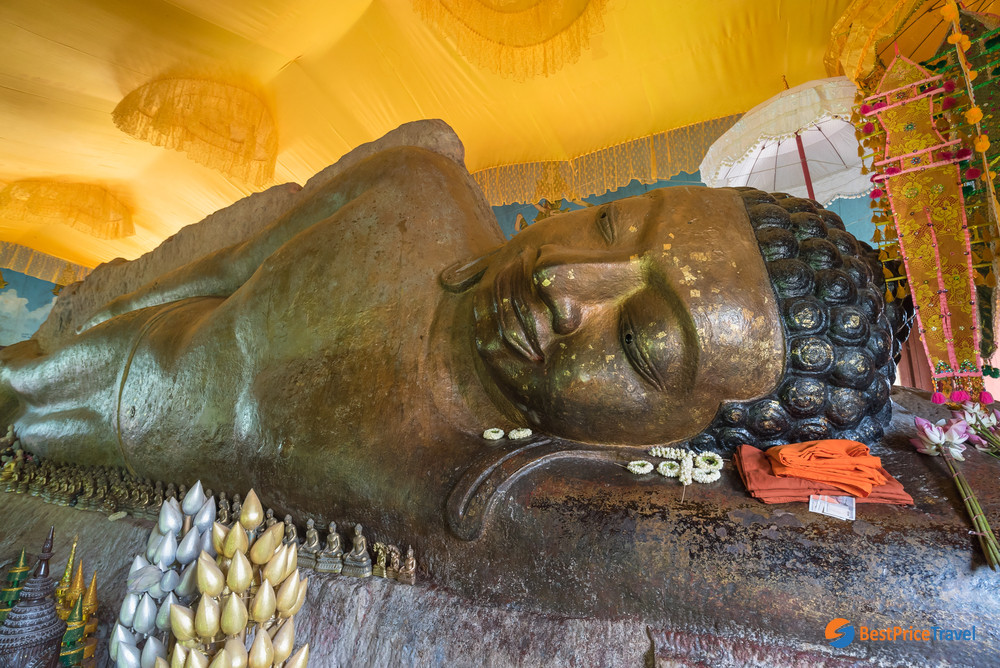 Phnom Kulen belongs to the Kulen National Park, which requires a $20 ticket per foreigner to get entrance to the site. You can book in advanced for a preferable price or buy the ticket at box office at the bottom of the hill. 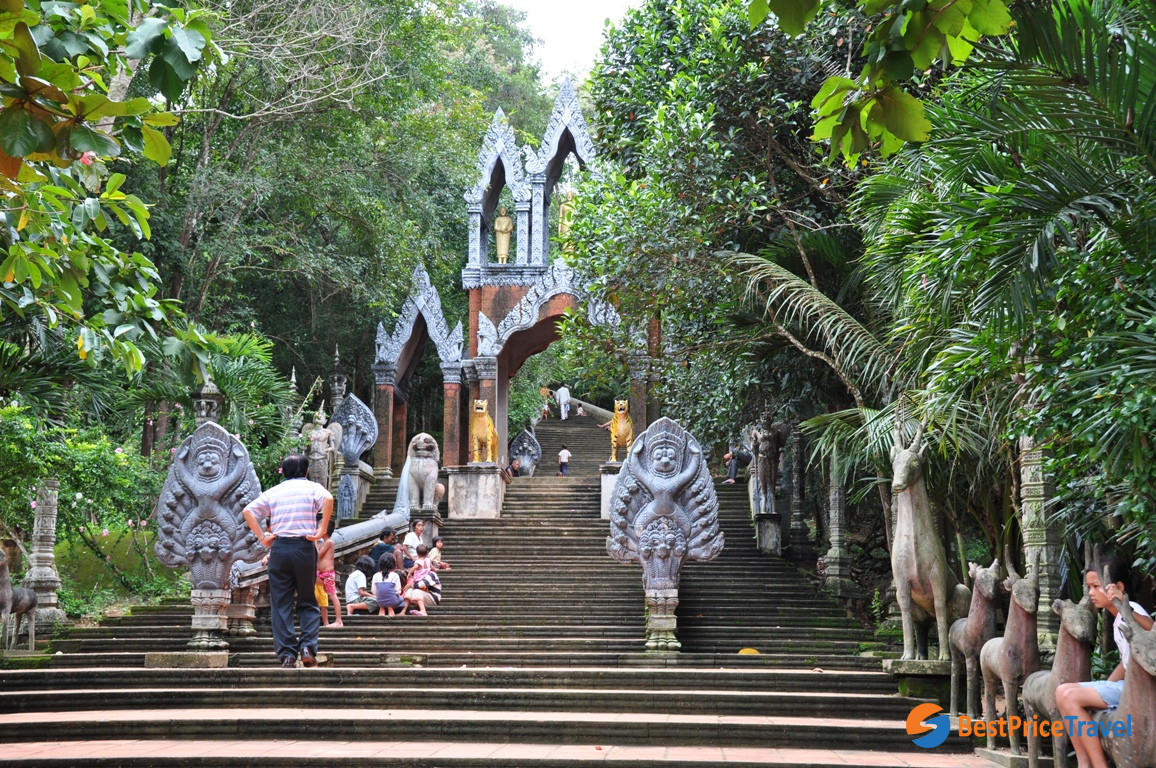 To reach the top, you have to follow the windy roads full of markets selling souvenirs, clothing, foods and drinks. On the way, you will also find a grand staircase up to the pagoda or the lower path leading to the waterfalls. Notably, this place is the getaway of Cambodians, so keep your dress conservatively even whilst swimming. It’s best to avoid bikinis or speedos. The temples have some etiquette to follow like removing your shoes and hats, covering you from shoulders to knees. 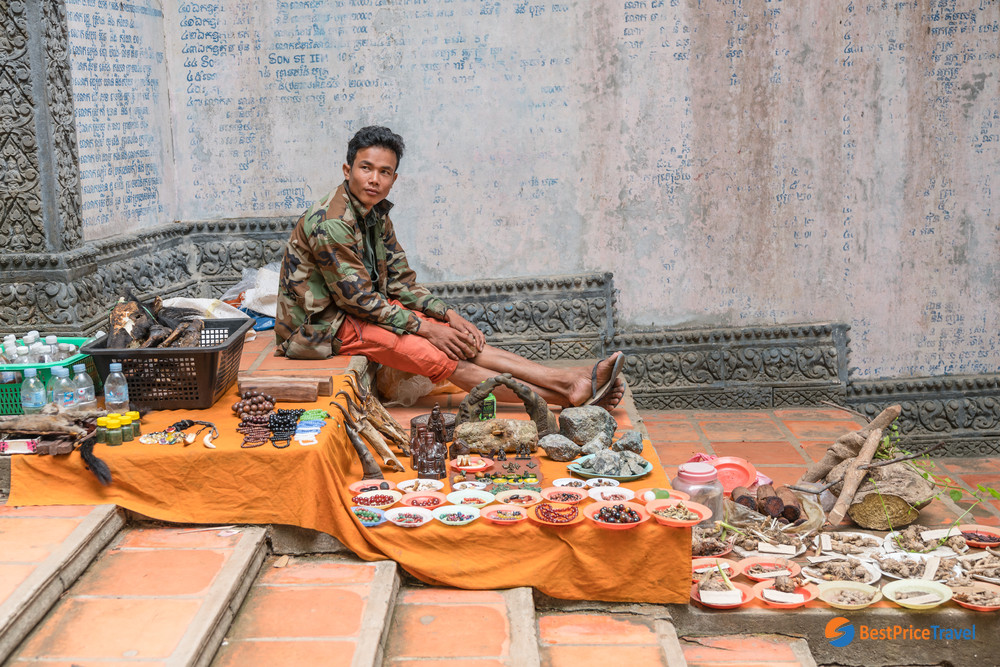 Located 50 km to the northeast of Angkor Complex, it takes 2 hours to drive by car or van to the hilltop, tuk tuk isn’t recommended because of the steep terrain. The uphill road has been upgraded and one-way traffic only. So it only allows visitors to go up before 11am then go down after midday to avoid the overloaded vehicles on the narrow path.