Similar to World Heritage My Son Sanctuary, Po Nagar Cham temple complex attracts tourist from over the world to see the Ancient Cham people’s special skills in sculpture and architecture.

The towers were built during the 8th and 11th century by the Cham, who once ruled Vietnam central plain. Po Nagar Cham Towers were dedicated to the goddess Po Nagar (meaning The mother of the country), who is believed to have taught agricultural and weaving skills to the ancient Cham community. Nowadays, a small minority of Cham people (considered as one of Vietnam’s 54 ethnic minorities) still live in the central plain near Da Nang and still worship their gods at Po Nagar Cham Towers, especially during religious festivals. 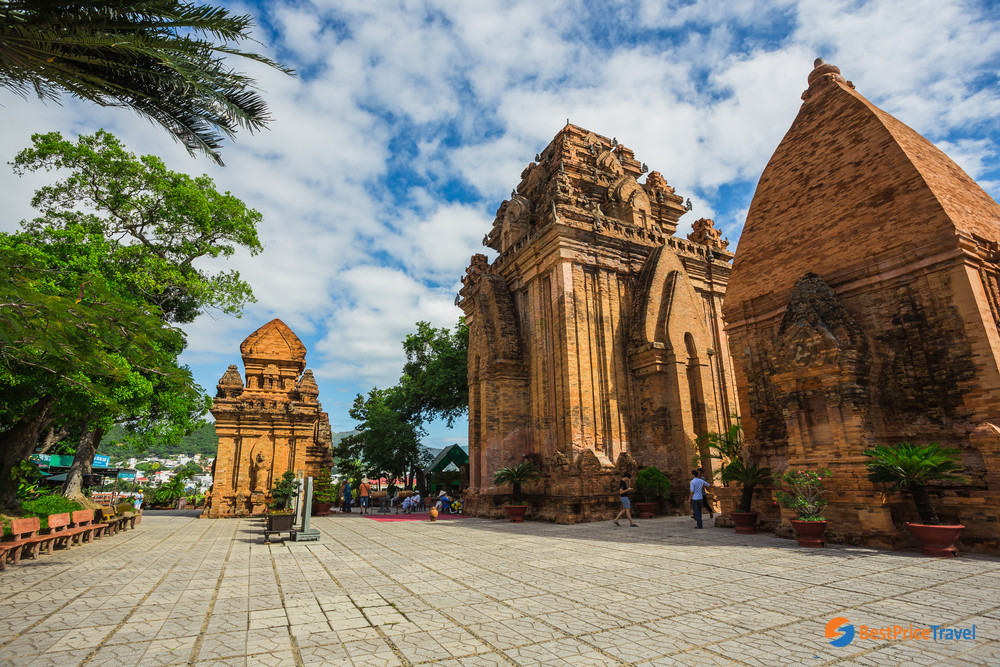 Square red brick structure with supporting frames and tapering roofs are what made up the towers of Po Nagar Cham. With its dedication to each deity, there were 10 buildings. Unfortunately, through time and wars, there are only 4 left standing still. The tallest tower is about 25 meters – the Po Nagar Kalan, which is considered to be the most impressive building in the complex. This was the place where Po Nagar was worshipped and animal sacrifices were made in her honor, according to historical stone inscriptions. There are also Cri Cambhu’s tower – goddess of fertility, Hindu gods Shiva and Ganesh’s temples, all of which look similarly to each other. 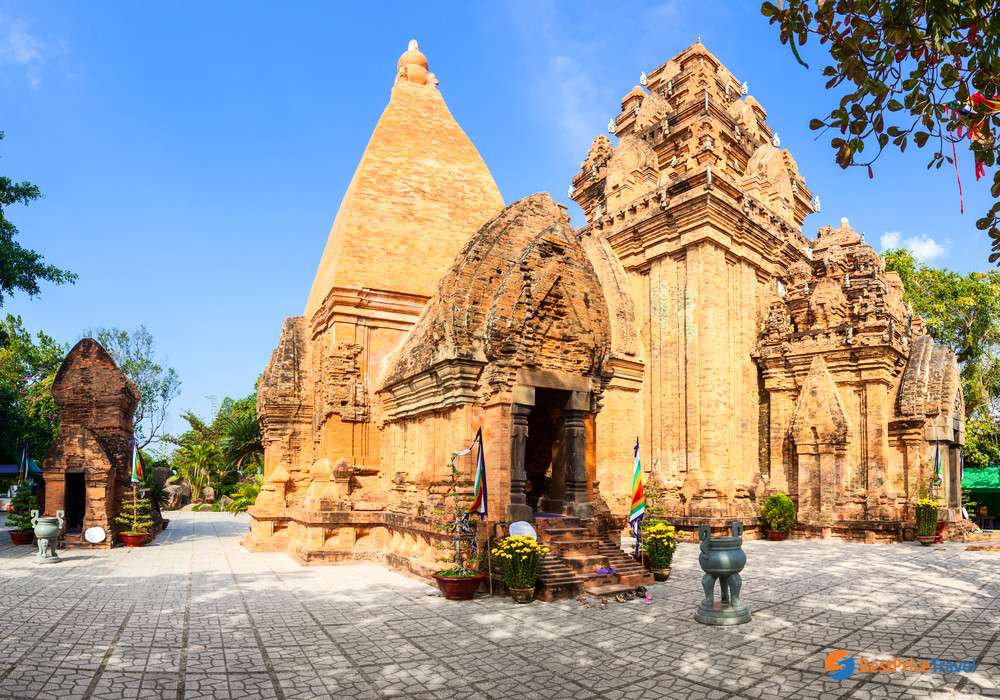 Po Nagar Cham Towers are located on the high ground of Mount Cu Lau, on River Cai’s bank. It is only a few kilometers away from Nha Trang city, which encourages tourists to stop by during the trip to the beautiful beach of Nha Trang. Po Nagar Cham Towers are opened daily from 7:30 to 17:00, so make sure you arrive soon enough to take a walk wandering around the beautiful ancient complex.