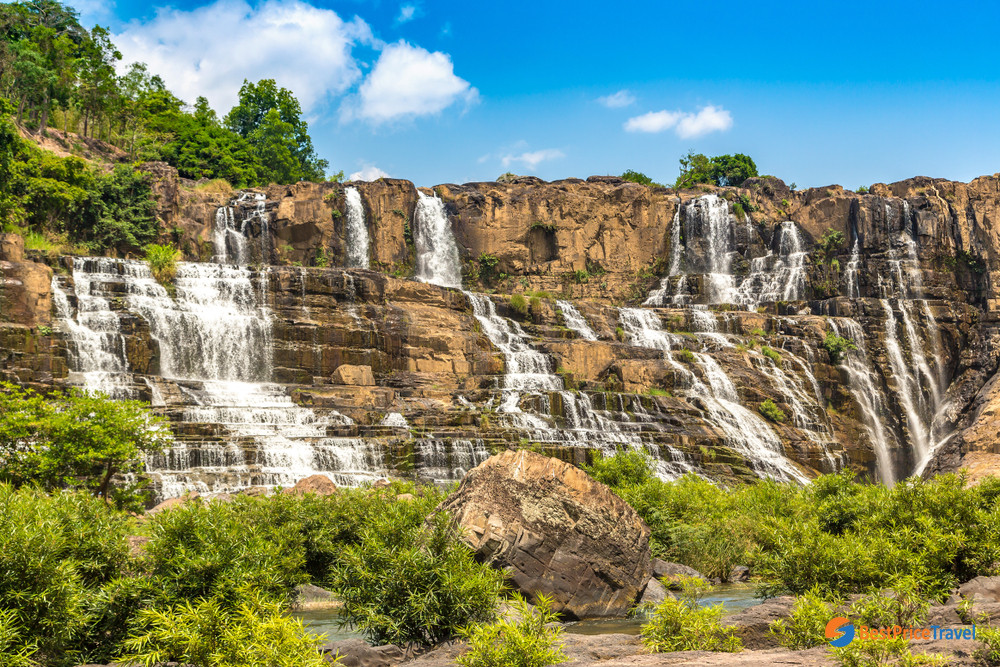 Pongour waterfall is not only famous for its beauty but also for the legends behind the name of it. Some people believe it was named by the K’ho tribe in honor of their beautiful female leader, Kanai, who had bravely conquered the beasts to protect the peace of the tribe. It is said that on her death day, four rhinos arrived, stood around her and fasted till death. After that, her hair turned into the silky fall and the rhino corpses turned into the rock of the fall. Some others believe the falls was named by the French in attempt to mark the territory with the meaning “the King of Kaolin”. 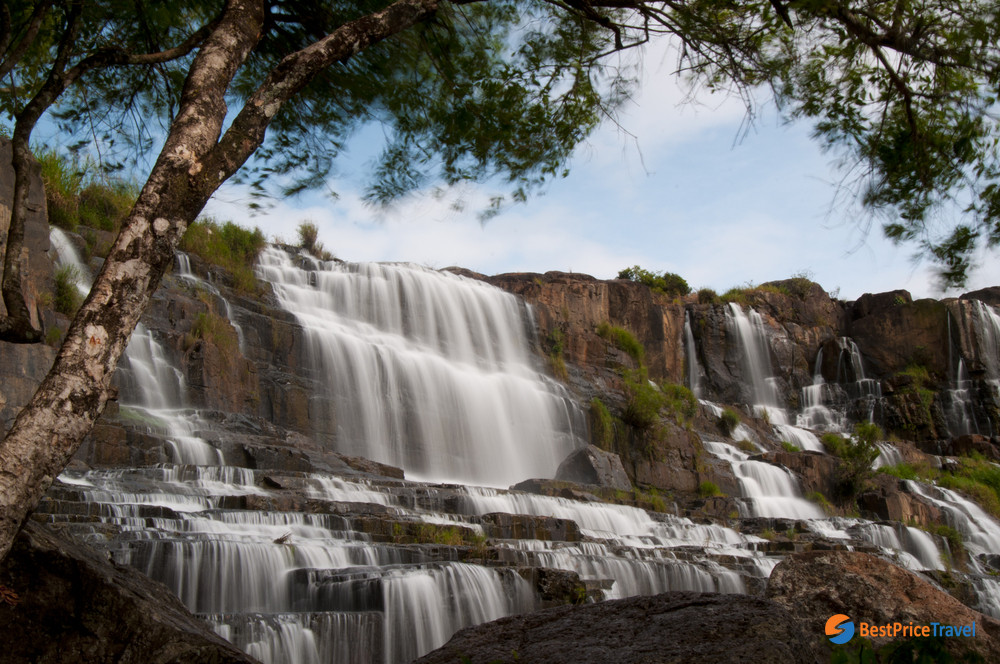 The waterfall wins tourists’ hearts by its marvelous and wild beauty: the dazzling white streams of water falling from the high mountains like silk spanning over 100m wide, the refreshing green forests around the falls and the dreamlike clear blue sky. Beside sightseeing and photographing, tourists can also join the Pongour Waterfall Festival hosting by the K’ho tribe to honor the death day of the leader Kanai and participate in the games to have fun and learn more about the interesting tribal culture.

The ideal time to visit this waterfall is in the morning and in rainy season (around July to November) when the water of the fall is fuller and fresher. Although the road to this waterfall is mostly straightforward and easy to ride or drive on, some part of the road might be slippery and rough that can be dangerous.